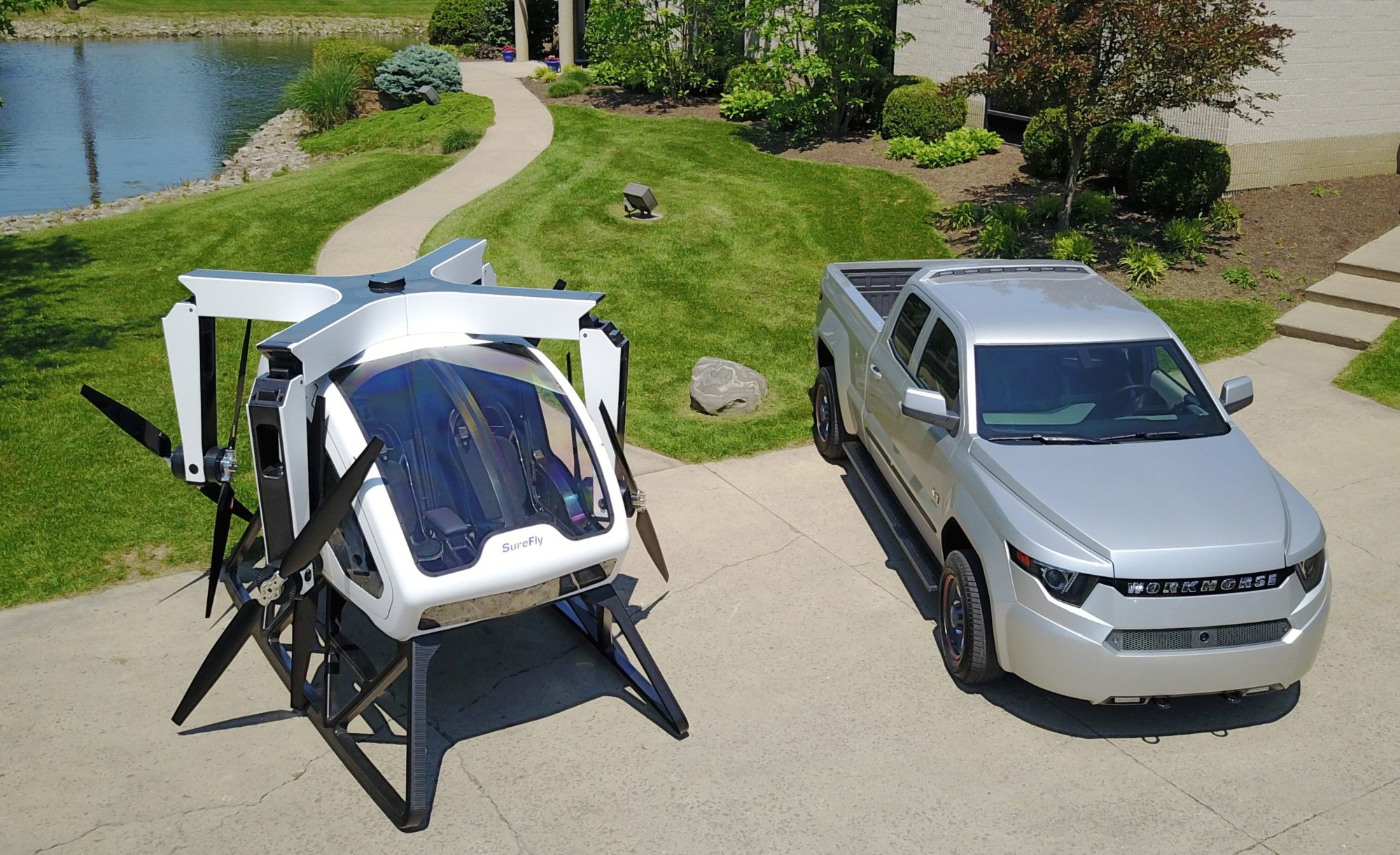 The Workhorse SureFly VTOL is a hybrid-powered personal transport vehicle being developed in Ohio, with a target entry to market price of less than $200,000. The vehicle is developed by Workhorse, a leader in electric and hybrid vehicle solutions. The SureFly uses 8 contra-rotating propellors to generate lift, and is roughly the same size as a pickup truck.

Funding: Acquired by Navistar, which has $256M funding and 2 other acquisitions according to Crunchbase

Our Take on SureFly

Workhorse's SureFly VTOL conducted its first flight in May of 2018 and was moving forward with the FAA Type Certification Process until acquired by Moog (a Torrance, CA based aerospace controls manufacturer) in late 2019. While the company had not yet officially applied for a Type Certificate for the SureFly, it did operate the aircraft under an Experimental Type Certificate from the FAA. Although the project showed a fair amount of potential, not much information has been released regarding the future of the SureFly since it was acquired by Moog. Workhorse also makes electric pick up trucks, as well as last-mile drone delivery system, which it has also sold in part to Moog. According to Moog, the acquisition of these technologies will allow it to "more rapidly develop innovative system solutions to better support both existing and new customers in the aerospace market."