This week, the Netherlands Aerospace Centre (NLC) announced the opening of its new aerospace innovation center in Marknesse. 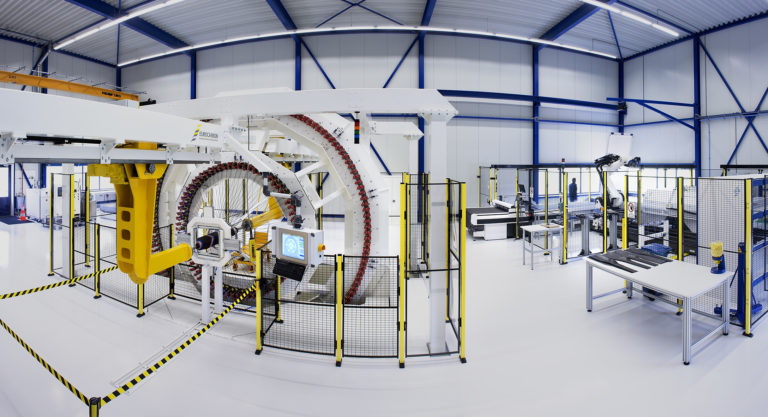 The Centre’s first move was to purchase Pipistrel’s new Alpha Electro aircraft. The Alpha Electro is one of the world’s first certified plug-in private aircraft. It made this purchase through a donation from PwC, which provides consulting, audit, and tax services. PwC’s ambition is to be CO2-neutral business in 2030. PwC CFO and COO Michael de Riddler commented:

“With this donation, PwC wants to make a contribution to accelerating the transition to electric flight. As a user, an international organization with clients worldwide, we want to take our responsibility by pursuing CO2 reduction, offsetting and innovation.”

The Netherlands Aerospace Centre will house its new “Living Lab for Electric Flight” within the facility/ There, it plans to work with the newly attained Pipistrel Alpha Electro Aircraft to develop electric aviation technologies further. Goals include extending range through aerodynamics and battery advancements.

At the launch of the new center and the Living Lab, Wright Electric’s Jeff Angler spoke to the future of electric flight. Wight Electric is an startup developing technology for commercially viable electric aircraft. Wright Electric has partnered with Easyjet, a commercial operator in Europe. Easyjet aims to put electric planes in the skies within twenty years. Initial routes would go up to 540 kilometers, carrying 150 passengers, and go between places like Amsterdam, Paris, and Europe.

“The Netherlands is highly successful in aerospace technology. This is precisely how it should be, because demand for air transport is continuing to grow. But we can’t simply go on building more and more planes. The aircraft also need to be lighter, must be equipped with new technology and have more economical engines. They present new challenges and we must look for the answers. Wherever new ideas must lead to new possibilities, there is a need for incubators. This new NLR complex is such an incubator.”

Investment from both a large company like PwC and a country like the Netherlands in electric aviation is huge news for the flying car industry. While the existence of short-distance electric jets in Europe might compete with flying cars, no flying cars can come at all without significant advances in aerodynamic and battery technology. The innovation created by the Netherlands Aerospace Center will further the electric aviation industry, and will encourage additional investment in the flying car eVTOL industry.