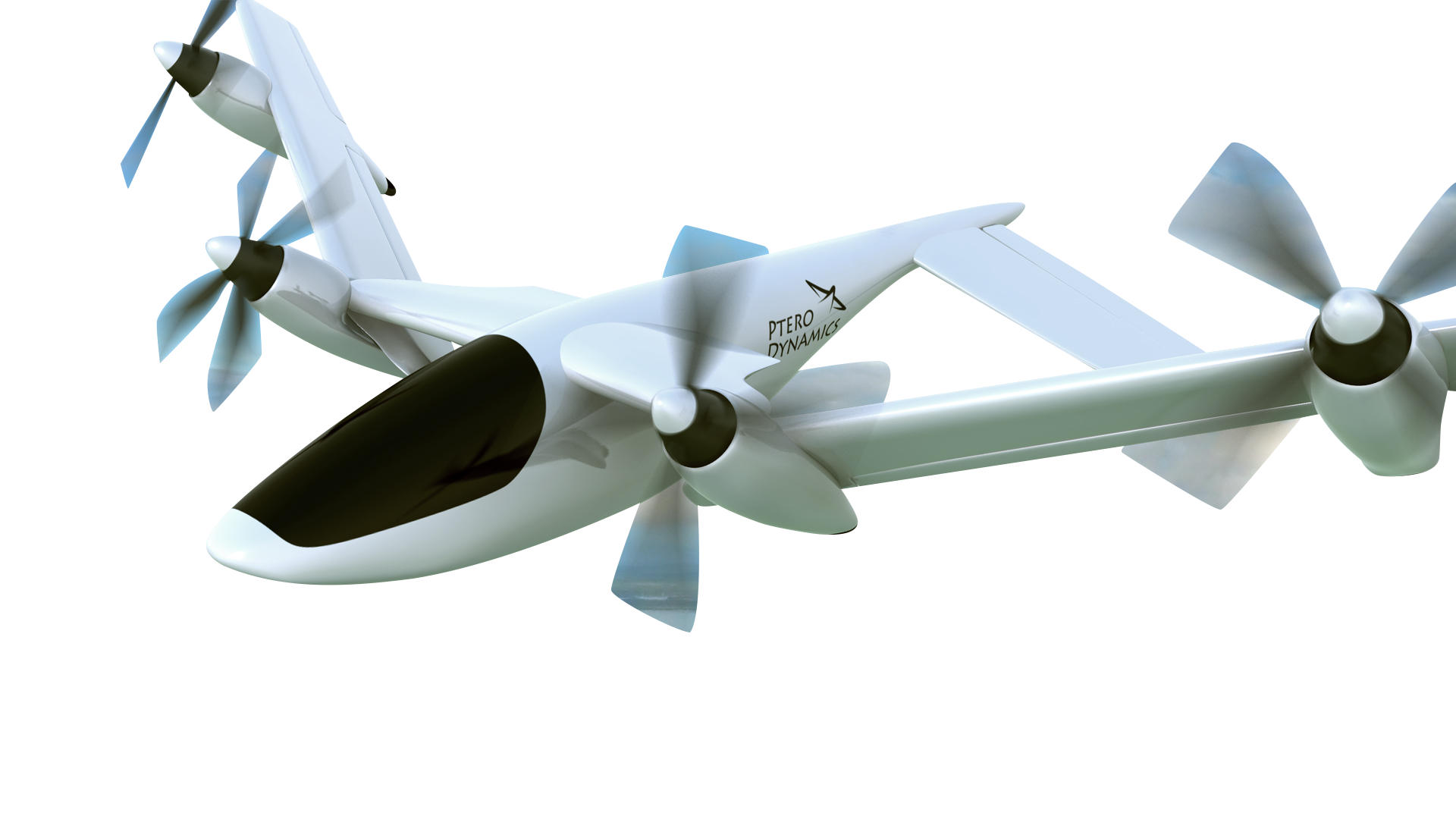 The Pterodynamics Transwing is an eVTOl that utilizes a foldable wing to land in confined spaces. The wing then folds out for sustained and accelerated forward flight.

Our Take on the Transwing

According PteroDynamics, performance figures will be backed by their 12-foot scale model of the prototype that they plan to build and test, however no expected dates are available at this time. The core advantage of the Transwing, according to Pterodynamics, is the "multicoptor" configuration that then shifts to a conventional aircraft configuration for increased range and speed.

Transwing's success is largely dependent on whether the 12 foot prototype can be scaled effectively to a full-size model and maintain the performance expectations that have been established thus far.