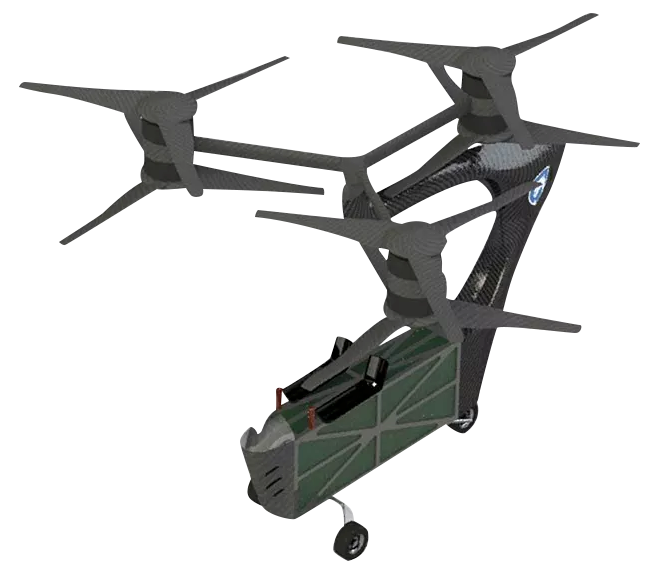 The Penn State University Blue Sparrow was a Phase 1 winner of the Boeing sponsored GoFly competition, receiving $20,000 to continue advancing their eVTOL design.

The PSU team compiled a spec sheet for the Blue Sparrow: 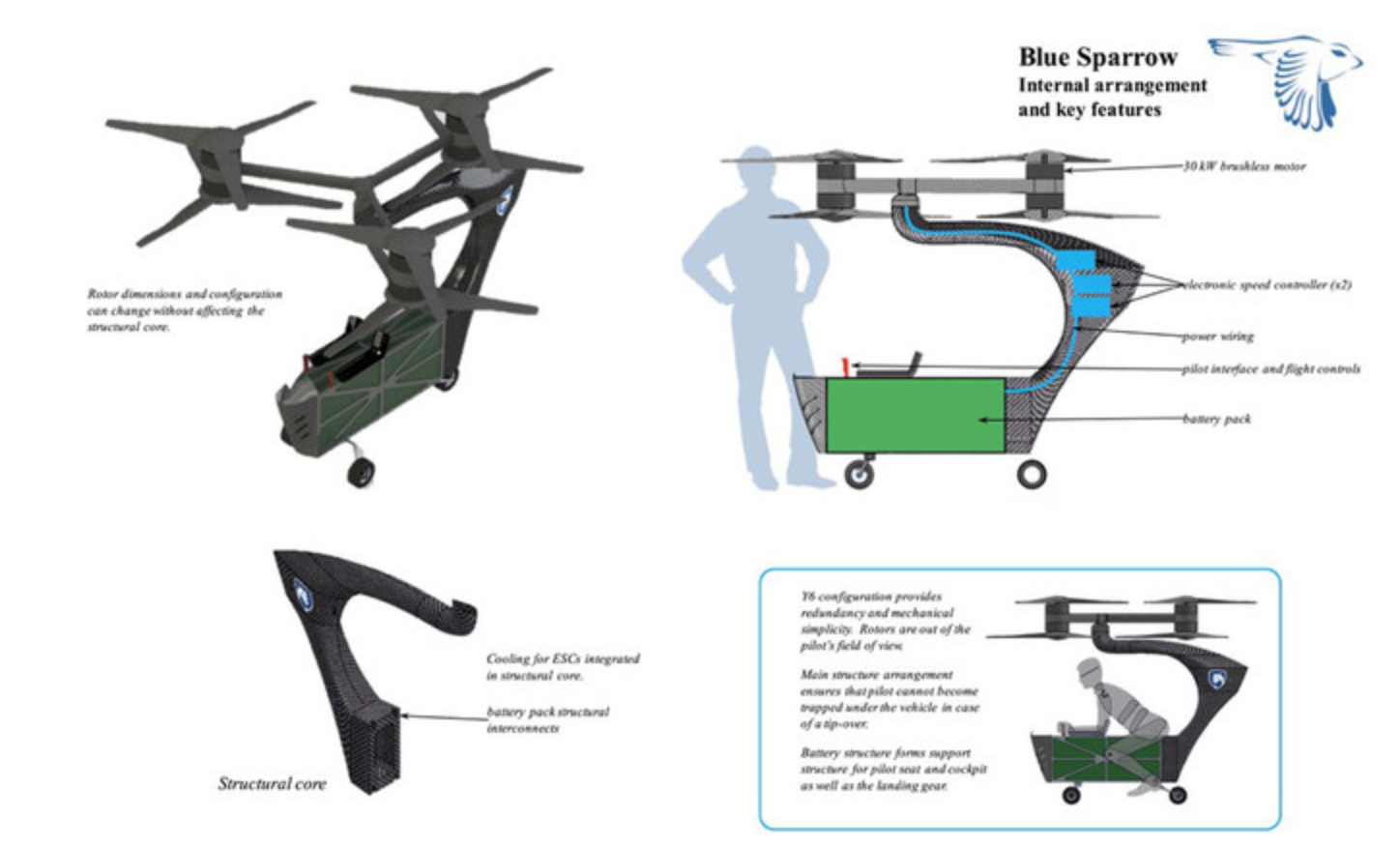 Propeller Configuration: Y6 configuration, which arranges a set of six motors and rotors in three stacked coaxial pairs, with each pair at the end of a Y-shaped frame.

Commentary from the PSU press release:

“We entered the competition because this was a very interesting and unique aircraft design project, but also because academically, it would be a great opportunity for the students in our aircraft design class and for our graduate students,” said Langelaan. “We’ve reached a point where improvements in batteries, electric motors and electronic speed controllers have enabled new aircraft configurations. We’re excited to begin Phase II.”

To satisfy the desire for mechanical simplicity and low technical risk, and with an emphasis on maximum pilot safety, Blue Sparrow chose a battery-powered multirotor configuration for its vehicle, specifically a Y6 configuration, which arranges a set of six motors and rotors in three stacked coaxial pairs, with each pair at the end of a Y-shaped frame. Each motor will have independent electronic speed control.

“We chose this configuration because it provides good controllability and reduces the power required to fly within the size constraints imposed by the competition,” said Langelaan. “The Y6 also provides redundancy, so we can maintain safe flight even if a motor fails. And with the motors positioned above the pilot and the battery below the pilot, we create a virtual cage that protects the pilot.”

“We will specifically design the flight control system to be multiply redundant and to achieve three main goals: to place primary responsibility for safe flight on the pilot, to minimize the sensing required for safe flight under normal operation, and to enable control augmentation for flight training,” said Langelaan. “The system should perform well under all combinations of motor/rotor degradation/failure and a wide range of changes in the vehicle, including payload weight, density altitude, and loss rigidity due to a fault.”

Our Take on the Blue Sparrow