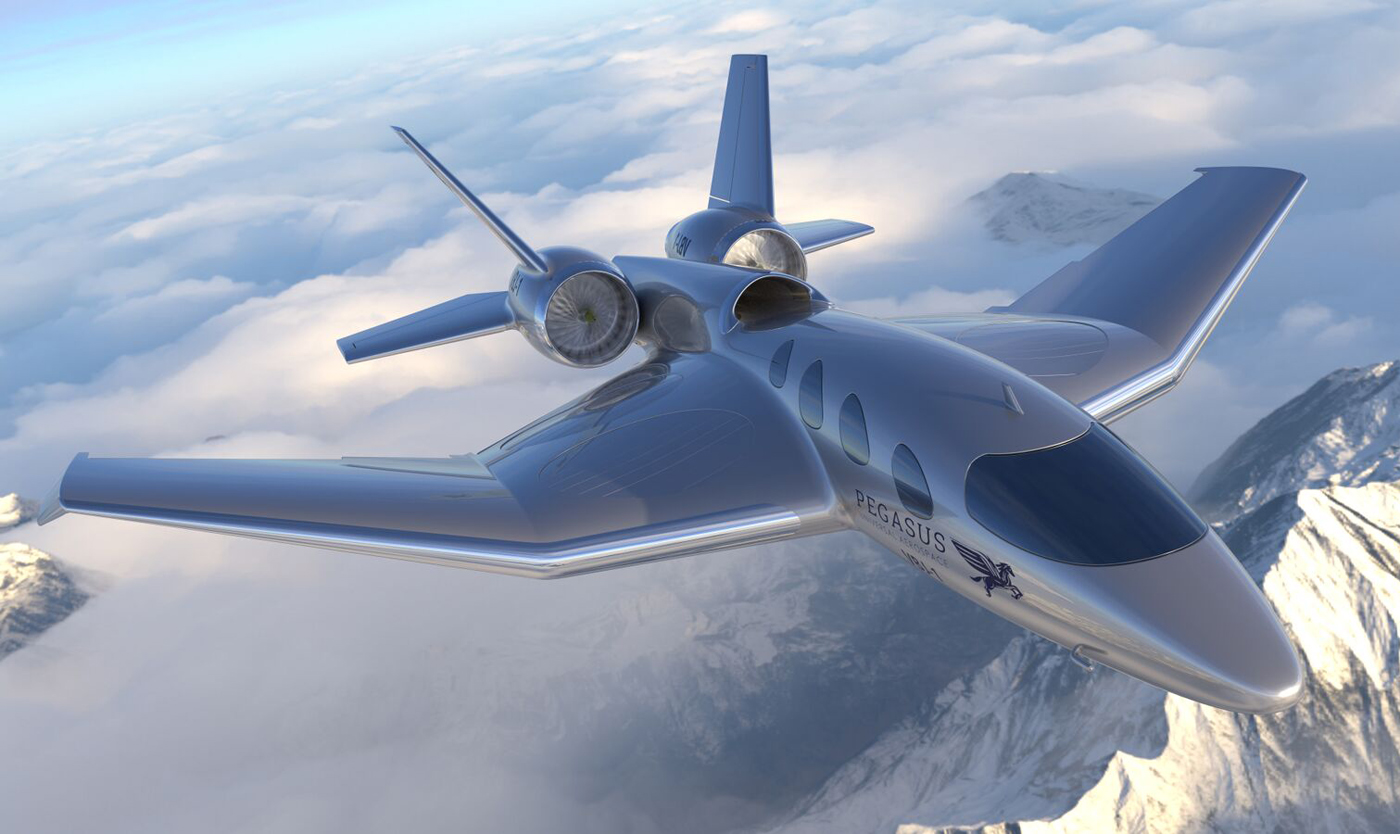 The Pegasus Vertical Business Jet is a business jet that can take off land vertically, eliminating the need for runways. The VBJ takes off using two large ducted-fans that are embedded in its wings, and cruises using two traditional rear jet engines. Built with seven seats, the VBJ can also be used for medivac, marine patrol, and cargo and military missions.

Our Take on Pegasus VBJ:

Pegasus Universal Aerospace is a fairly new company based out of South Africa, making it unique amongst VTOL developers. If anticipated performance statistics are manifested in the final version of the VBJ, the aircraft will be very impressive indeed. The VBJ's hybrid propulsion system enables it to have exceptional cruise speed and range capabilities. Pegasus has made a good amount of consistent progress since being brought to life in 2012. The progress has included completing fundraising and design, and building several small to full-scale prototypes. If all goes well, we can expect to see the VBJ in both South African and American skies within a few years.