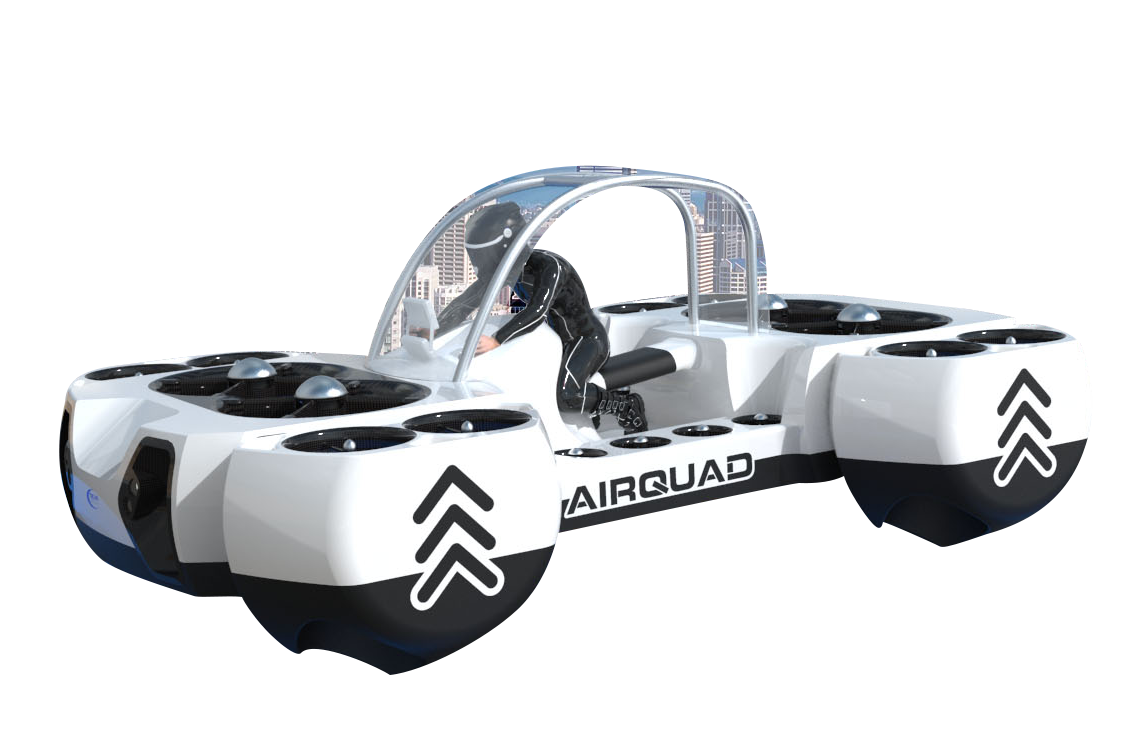 The Neva AirQuad One is a personal hover bike capable of carrying payloads of up to 220 pounds. The AirQuad One will apply for Light Aircraft Certification with the FAA and EASA. Since 2017, however, no news has been released about the prototype or company.

Our Take on the AirQuad One

The AirQuad One has a large amount of backing, mostly due to Neva Aerospace being an industrial consortium that has considerable resources (financial and physical) at its disposal to aid in production of the AirQuad. However, since its debut at the 2017 Paris Air Show, not much has been heard about Neva or its AirQuad project.