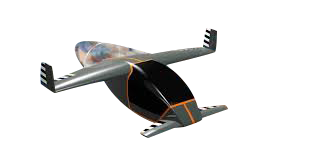 The Napoleon Aero VTOL is a four seat eVTOL that the company claims can fly 100km on a single charge. Furthermore, the VTOL is targeted as an Air Taxi, and Napoleon also asserts that moving 1kg of cargo 1km will have a cost 2.5 times lower than that of a helicopter accomplishing the same task. The company claims that in 3 years (2021) they will be ready for flight testing, and another 2 years will be required after that to complete certification with the Russia Interstate Aviation Committee.

Our Take on the Napoleon Aero VTOL

Napoleon Aero has an interesting concept - but you'll have to check back later for any proof-of-concept models that they decide to build, as none have been released to date yet. Correspondingly, its difficult to peg how the performance of this company's VTOL will be, and the actual timeline that it'll follow until more information becomes available.