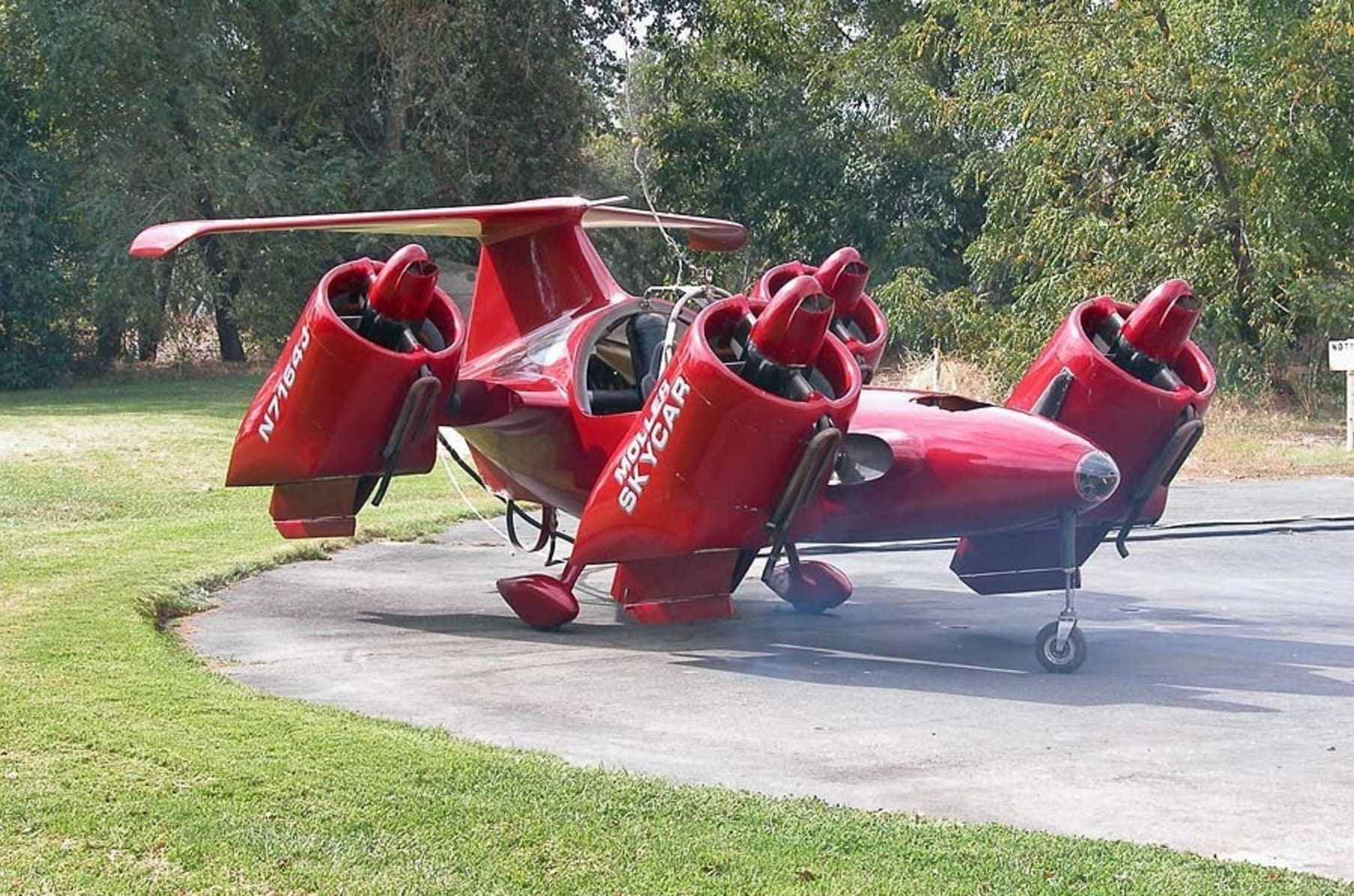 The Moller M400 SkyCar is being developed by Moller International, based in Dixon, CA. The M400 is the largest SkyCar made by Moller (the other 2 seat variant is named the M200). The M400 uses four ducted fans with variable incidence angle to facilitate vertical takeoff and landing. For accelerated forward flight, the fans tilt slowly to the horizontal. A hybrid-electric design iteration has enabled the M400 to maintain its 720-hp power supply to its previously ethanol-fueled Freedom Motor Rotapower®  engines provided exclusively to Moller.

Our Take on the Moller SkyCar

The Moller M400 Skycar has already undergone a flight test program, but initial tests were conducted on its original ethanol-fueled propulsion system. Further testing on its recently introduced hybrid-electric configuration is required to prove Moller's claim that it can maintain its 720-hp power supply to its exclusive Freedom Motor Rotapower®  engines. Moller has not released any news on the Skycar since 2017, and the production process seems to have halted until the Motor Rotapower engines make more progress. If the Skycar reached production however, it could have a wide range of urban mobility applications both as an air taxi and regional transit vehicle, due to its minimal reliance on battery technologies. The original Skycar prototype was developed and flown in 2002.