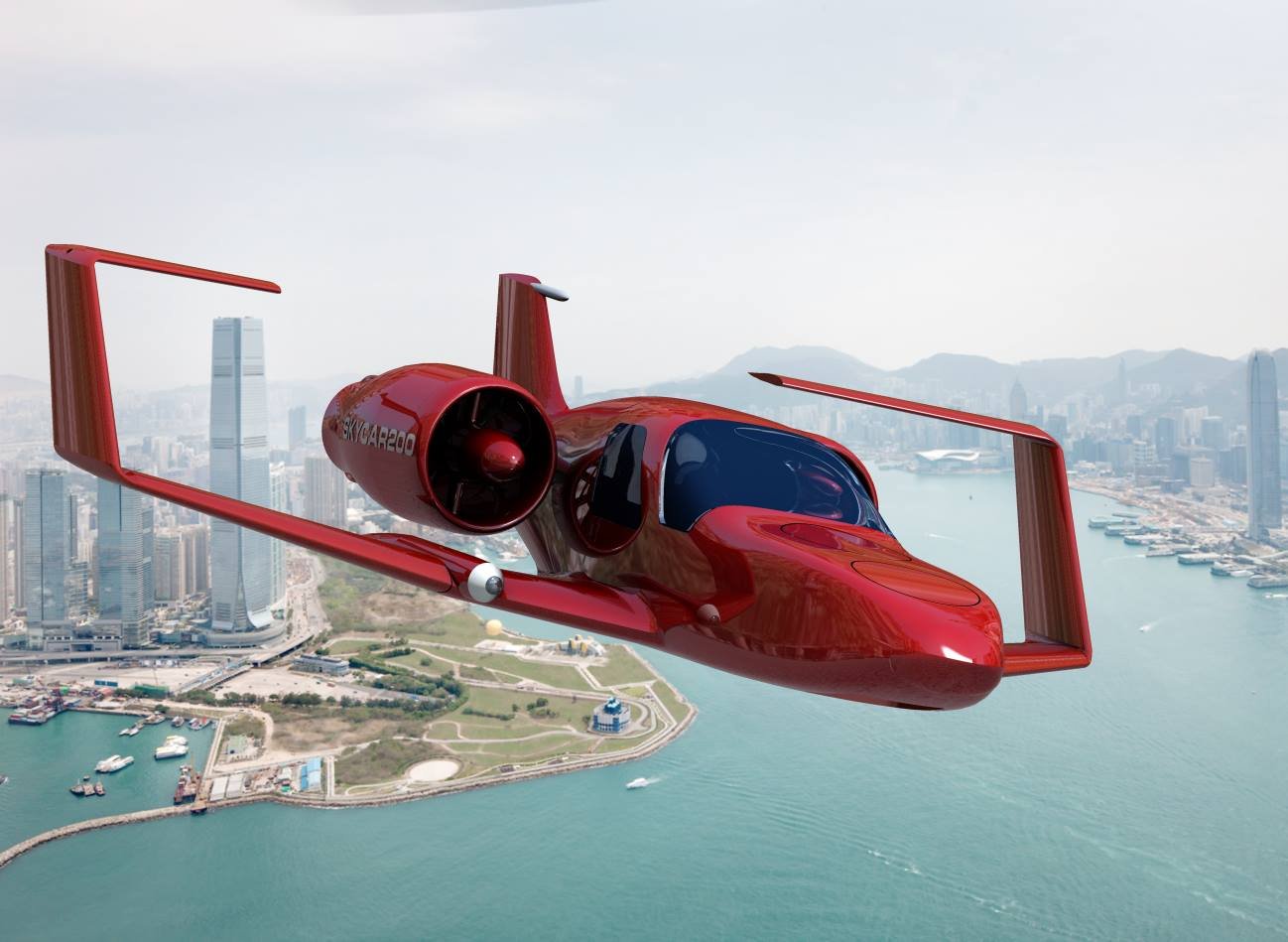 The Moller M200 Skycar is the smaller version of the M400 Skycar currently under development by Moller International. The M200 uses two horizontal ducted fans for level flight, and two inline vertical fans that supply lift for nearly vertical takeoffs and landings. It featured an ethanol-powered propulsion system and was equipped with folding wings and a parachute. Ultimately, the DoD - the target customer of the M200 Skycar - showed little interest and Moller has moved on to the development of its other VTOL models such as the M400 Skycar.

Passenger/Payload Capacity: One Pilot, One Passenger in Tandem

Motors: 8 electric motors at 45kW each

Originally conceived with military applications in mind, the Skycar® 200 is a lightweight, 2-passenger VTOL aircraft now targeted for local commuter markets. Capable of speeds up to 240 mph, the Skycar® 200 design incorporates multiple redundant systems, multiple safety features, and its Flight Control System (FCS) virtually eliminates the complexities of flying. Even a novice operator can master the skills needed to maintain precise control over the aircraft.

In the future, passengers will not be required to fly the aircraft, as the Skycar® will be an autonomous aircraft utilizing advanced onboard environment scanning and precise positioning systems, the highway-in-the-sky (HITS) and automated air traffic control in order to fly between destinations and avoid other air-traffic.

Our Take on Moller

The Moller M200 Skycar has already undergone a flight test program, though it is a seemingly defunct model in Moller's VTOL lineup. Additionally, its use of ethanol fuel in lieu of electrical power to rotate the ducted fans puts the vehicle at a disadvantage to other eVTOLs vying for market share in the commercial aerial mobility industry. Moller has since commenced development of the M400 Skycar, a 4-seat version of the M200, based on customer feedback.