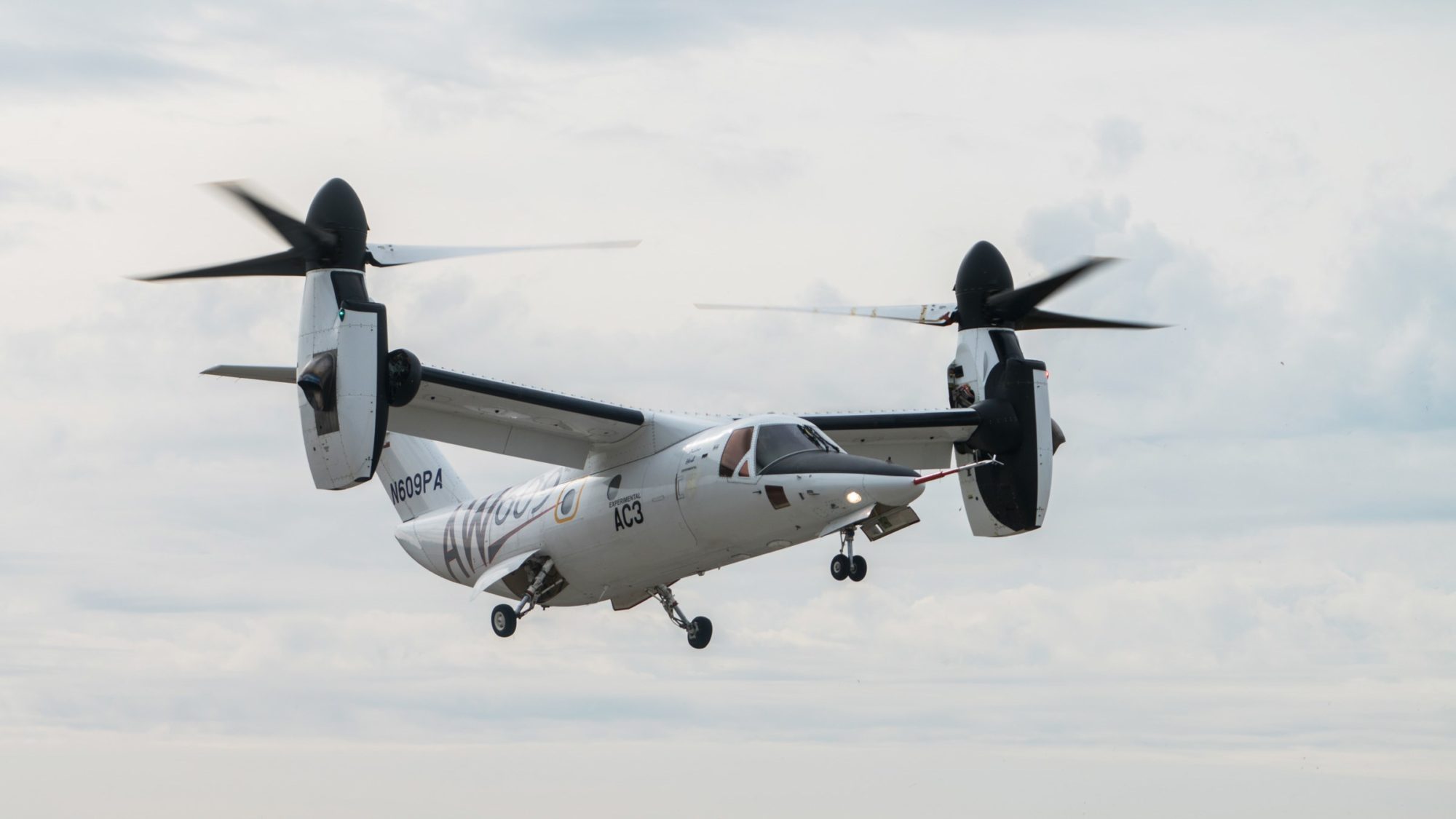 The Leonardo Helicopters/AgustaWestland AW609 is a civilian version of the military Osprey V-22 aircraft. Unlike the Osprey, the AW609 comes has a pressurized luxury cabin for flights up to 25,000 feet. Leonardo Helicopters is a well-experienced maker of aircraft ranging from helicopters to fighter jets. The AW 609 will run about $25 million per unit and is expected to be available for delivery in 2020, though specific, hard dates for its delivery readiness are not currently available.

Propeller Configuration: 2 tilt-rotors, each with 25ft 11in diameter

Leonardo Helicopters and AgustaWestland have made a unique choice by designing an aircraft based on technology that's been in military use as early as 1997, rather than designing a new vehicle from scratch. While this may prevent Leonardo/AgustaWestland from designing a vehicle completely based on visions for the future, it will likely give the AW609 quicker route to certification and ultimately private flight. This strategy, combined with Leonardo's long time expertise in making and certifying aircraft, give the AW609 a strong chance at being one of the first VTOLs in the air for private use. Additionally, the advance and certification of the AW609 may create a clearer path for other new eVTOL aircraft to be certified. However, the program has not been without challenges, including the loss of a vehicle during flight testing in 2015.