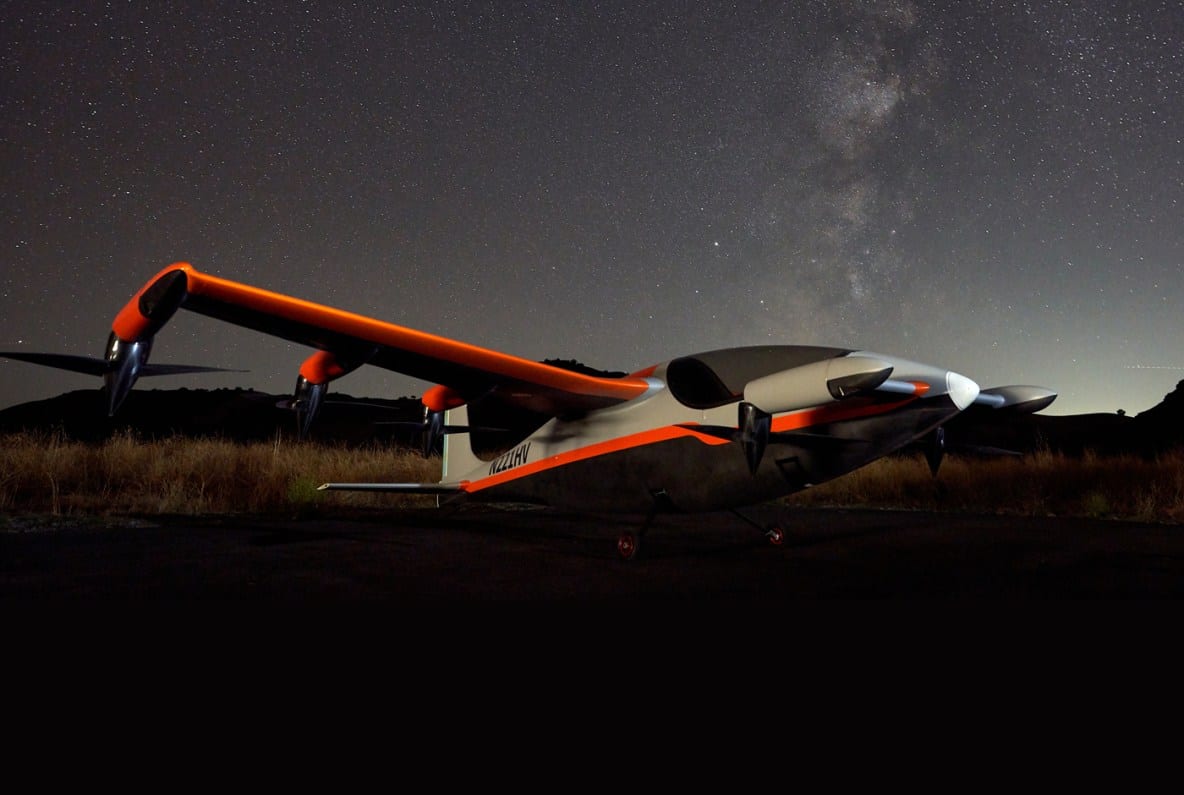 Project Heaviside is Kitty Hawk's third developed aircraft, joining the Flyer, a recreational vertical takeoff and landing rotorcraft with a single-seat configuration, and the Cora, Kitty Hawk’s two-passenger autonomous aircraft designed to fit the requirements of aerial mobility applications. Heaviside, named after renowned physicist and electrical engineer Oliver Heaviside, is a small eVTOL aircraft designed to quickly takeoff and land from nearly any location, but at a noise level acceptable for urban and densely-populated environments.

Propeller Configuration: Heaviside is powered by 8 all-electric independent lift fans, which enable it to take off and land vertically like a helicopter. Six are distributed along the wing of the vehicle, and two are mounted on the canard, forward of the cockpit.

Power Output: Designed for rapid, low power output flights, Heaviside will be capable of a 15-minute flight that uses less than half the energy of a car. Power demand is highest during vertical takeoff operations, then drastically decreases during winged, horizontal flight.

Noise Output: According to Kitty Hawk, the Heaviside vehicle is roughly 100 times quieter than a regular helicopter. Once in the air, the vehicle blends into the background noise of a city or suburb, barely discernible to the human ear.

Our Take on Heaviside

Kitty Hawk made the first flight of its flagship aircraft Cora (backed by Larry Page) on March 13th, 2018 which sparked a large amount of media attention. Since then, Cora has been picked up by Boeing, which created the joint venture Wisk to begin operating Cora. If the company can successfully navigate the certification process with New Zealand's CAA (Civil Aviation Authority) and argue for equivalency under the United State's Federal Aviation Administration, the company has the potential to be one of the leading manufacturers of flying taxis to both private and commercial users. As one of the longstanding concerns in aerial mobility, noise has been placed at the forefront of Kitty Hawk’s focus for the Heaviside Project, its latest aircraft. With tangible comparisons to more noisy counterparts, the team’s prototype vehicle shows promising results and has potential to gain public acceptance for future implementation. However, other performance characteristics such as the vehicle's flight envelope and payload capabilities still remain unknown.

Volocopter, Autoflight, and More On Display from Aerial Mobility Industry at ILA Berlin