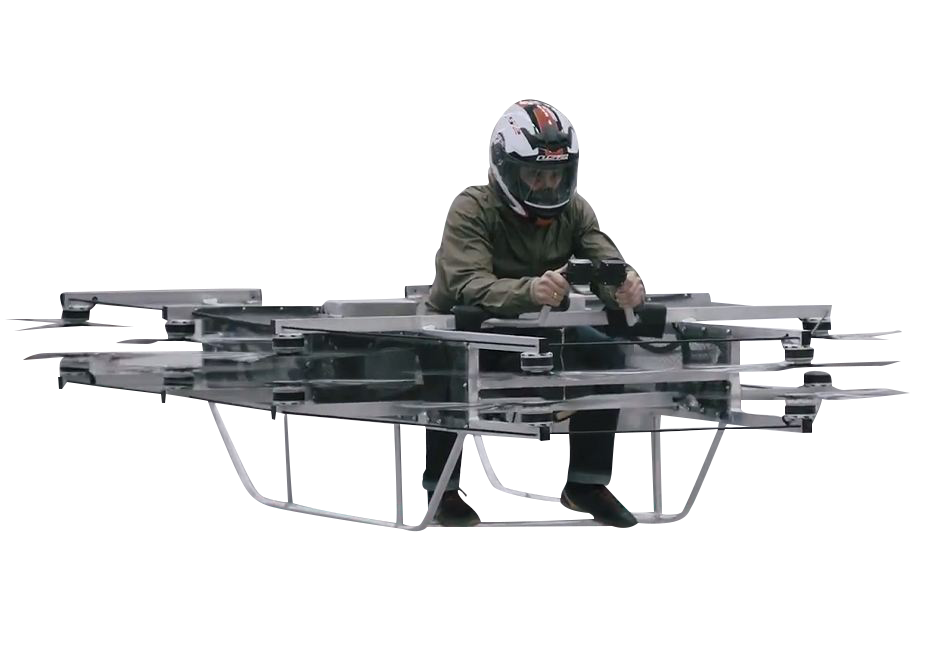 The Kalashnikov Hover Bike is a personal vertical transport device (or hover bike) that is being developed by none other than the weapons manufacturer that produces the AK-47 - Kalashnikov. Since its demo flight in 2017, no news has been released on the project nor intent to bring the prototype to market.

There are no released technical details on the Kalashnikov "flying motorcycle" at this time. What TransportUP does know from the news coverage video is that the device uses 8 rotors for propulsion (both vertical and forward). Check back for updates.

Our Take on the Kalashnikov Flying Motorcycle

The Kalashnikov Flying Motorcycle came together quite quickly, featuring 8 pairs of rotors for vertical propulsion that also use variable thrust to facilitate accelerated forward flight. The hover bike features a metal frame that holds suitcase-sized batteries that power the entire device. Since its demo flight in 2017, no news has been released on the prototype or future plans for the project.