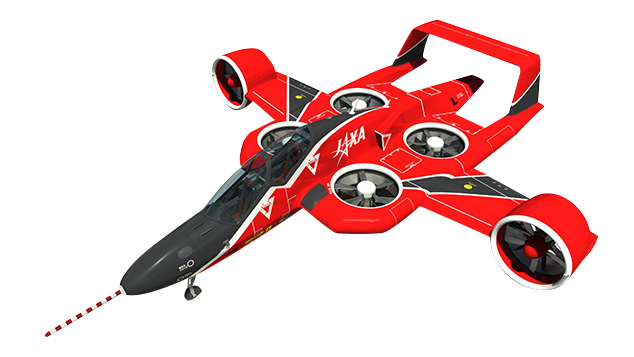 The JAXA (Japanese Aerospace Exploration Agency) Hornisse is a ducted fan craft that is currently being tested at sub-scale model sizes to validate the concept before moving on to larger scale variants. The aircraft pictured is a rendering of a proposed eVTOL aircraft by JAXA, and is not the Hornisse sub-scale test bed.

The sub-scale test aircraft named the Hornisse (which means Hornet) has the following dimensions:

JAXA's eVTOL concept and the Hornisse proof-of-concept sub-scale model are backed by an agency that had a budget of $2 Billion in 2013. Despite the large resource pool for JAXA, all testing to date thus far has occurred on small scale prototypes. Look to additional flight tests as indicators of further progress of the company, which has fallen silent in 2020.