XTI Aircraft has announced additional sales from from North America and Australia for the XTI TriFan 600, brining the order total up to 80 aircraft.

XTI Aircraft is a company making history by developing a luxury hybrid eVTOL for private flight. The company was founded in 2012, and to date has raised over $25 million from crowdfunding platform Startengine as well as from private investors.

Last week, XTI announced three additional aircraft pre-orders from buyers in North America and Australia, bringing the total order count up to 80. Specifically, two of those orders came from XTI’s new partner Heliflite, a VIP helicopter service in Australia, New Zealand, Oceania, Indonesia and the Philippines. The full pre-order list began at the 2017 Paris Air Show, and continued at the October 2017 and October 2018 NBAA conventions, as well as a notable recent order from Brazil’s Icon Aviation.

XTI has been steadily making progress, having flown its 65% scale prototype in May. The company expects to begin delivering aircraft imminently.

According to the newly formed partnership with Heliflite, XTI will work exclusively with Heliflite to develop XTI TriFan 600 services in Helifite’s operating areas. Said XTI CEO Robert LaBelle:
“This is a major development for XTI. We’re pleased to be working with Heliflite on an exclusive basis in this part of the world. They’ve been providing sales, service and spare parts support to the helicopter industry and other aircraft owners since 1977, and have earned an excellent reputation.” 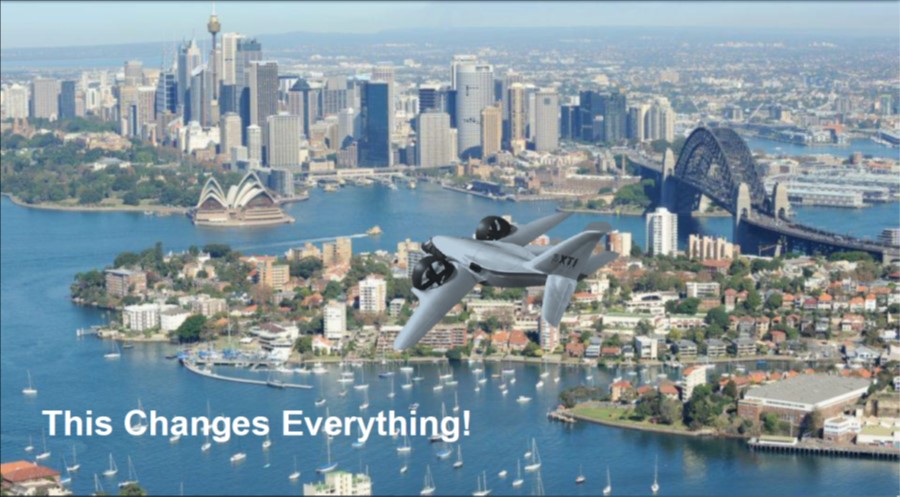 “Heliflite is looking to the future, anticipating the next big thing in air travel, which has led us to proudly establish this relationship with XTI’s highly experienced design and management team. Heliflite looks very much forward to being instrumental in the TriFan 600’s success in our region,” – Heliflite Director Scott Edmonds.

Why its important: The new partnership with long-standing helicopter operator Heliflite marks a major step forward for XTI. Heliflite will enable the spread of XTI Aircraft throughout the Australia, New Zealand, and Oceana areas, creating an opportunity for the TriFan 600 to go into commercial use sooner rather than later in major global markets.