Volocopter announced Sunday that they’ve completed a EUR 50 Million first closing of their Series C finding round. Series C was led by Zhejiang Geely Holding Group Co., Ltd, followed by new and existing investors from Europe, America, and Asia. Geely Holding and Volocopter also announced that they’ll enter a joint venture to bring Urban Air Mobility to China. Geely holdings is no stranger to backing UAM initiatives – they acquired a large portion of Mass. based flying car manufacturer Terrafugia in November of 2017.

Funds acquired in this round of funding will be used towards bringing the VoloCity aircraft to commercial launch within the next three years, an air taxi concept that was unveiled just weeks ago. Volocopter stated that they will remain in discussions with additional investors for a second closing around year-end. The first closing has increased Volocopter’s total fundraising to EUR 85 million. 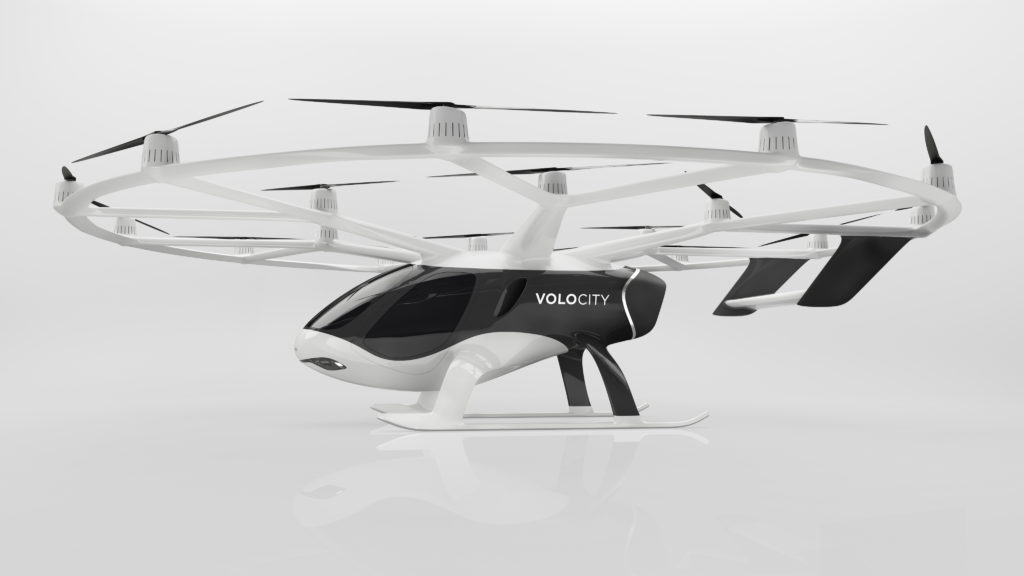 Since its foundation in 2011, Volocopter has built three generations of Volocopter aircraft, two of which received licenses for manned and unmanned flight with a total funding of EUR 35 million. The company has performed numerous public demonstrations of the viability of electrically powered vertical take-off and landing aircraft (eVTOL), most recently it successfully completed a flight at Helsinki International Airport. This flight featured the company’s current demonstrator, the Volocopter V200X, and helped to support the compatibility of air taxis with existing air traffic management solutions while paving the way for airspace integrated flights of aircraft like VoloCity in the future.

“Urban mobility needs to evolve in the next few years to meet rising demand. With our Volocopter air taxis, we are adding a whole new level of mobility in the skies” says Florian Reuter, CEO of Volocopter.

“Geely is transitioning from being an automotive manufacturer to a mobility technology group, investing in and developing a wide range of next-generation technologies. Our latest cooperation with Daimler, building on our partnership in smart and premium ride-hailing services, as well as our joint venture with Volocopter underlines our confidence in Volocopter air taxis as the next ambitious step in our wider expansion in both electrification and new mobility services.”

Volocopter stated that they anticipate another funding round to close by end of 2019, and plans on earmarking those funds toward European Aviation Safety Authority (EASA) commercial certification of the VoloCity air taxi. Volocopter is opening this fundraising round to both existing and new investors and equity groups. 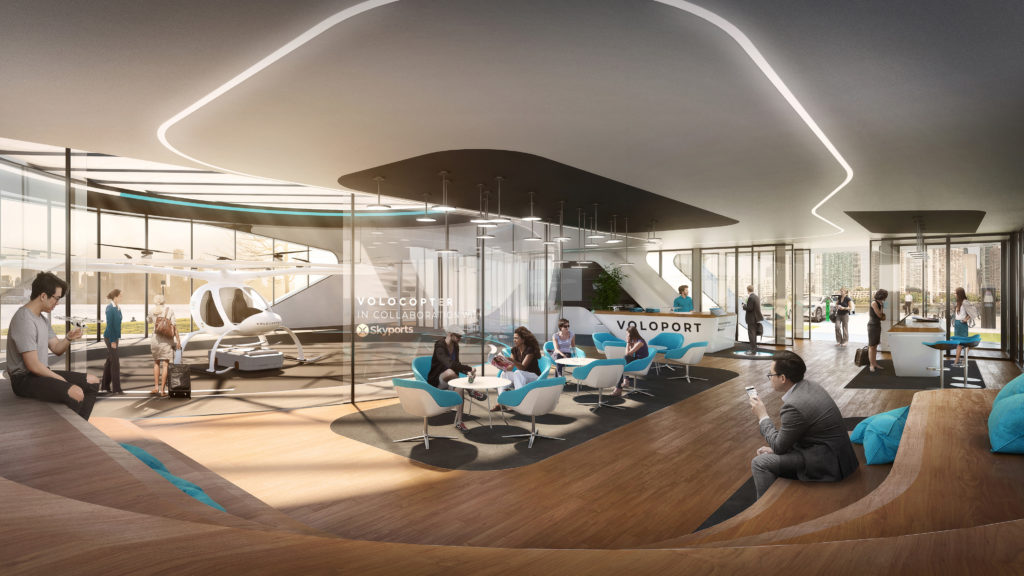 A concept of Volocopter’s VoloPort, designed in partnership with Skyports. Source // Volocopter

Why it’s important: This additional capital injection for Volocopter will support further certification efforts for the company later this year and continuing into 2020, and reaffirms Geely Holding’s involvement in the UAM industry, as well as supports Geely’s transition from an automotive holdings group to a mobility enabler. The trend of automotive groups becoming increasingly involved in the UAM industry is not unique – although a number of these companies are deliberately keeping quiet. Volocopter’s 2023 entry into service (EIS) timeline for certification and initial commercial implementation of the VoloCity Air Taxi concept aligns with Uber Elevate’s initiatives and schedule for air taxi commercialization.