Czech eVTOL creator, Zuri, has completed hover testing of its technology demonstrator. The flight was completed on a 90% scaled version of Zuri’s production model which will feature cruise speeds of 200 mph with a 447 mile range. 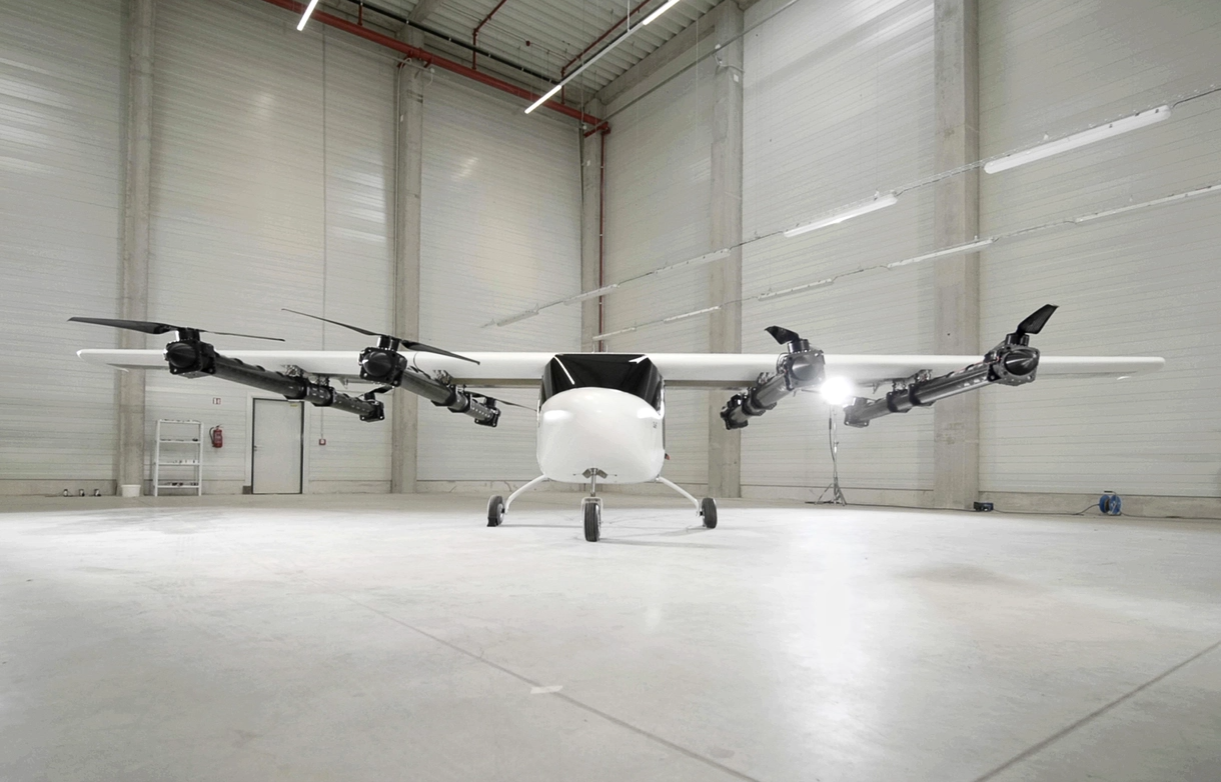 In order to accomplish the extended range over many other eVTOL competitors, Zuri has opted for a hybrid propulsion configuration which in part uses combustion fuel sources to extend range. Zuri has been flying small-scale prototypes since 2018 and has secured funding from various private investors along the way.

The demonstrator features a large, fixed wing, has eight lifting propellers for vertical flight, and one pusher propeller for forward cruise flight.

With tethered hover testing accomplished, Zuri will take its technology demonstrator into the next phases of testing such as untethered flight, forward cruise, and eventually full transition between vertical and forward flight. To date, Zuri has received approximately $2.7M USD from angel investors, enough to fund its current phase of flight testing.

Why it matters: Zuri joins a growing list of eVTOL creators pursuing hybrid propulsion configurations. In doing so, mission range and capacity is not limited by today’s energy density from batteries, and will only increase as batteries advance. In order to realize its commercial vision, Zuri will need to secure more funding in order to complete its flight testing campaign and receive certification.