ZEVA Aero, a Tacoma Washington-based aircraft developer, has officially merged its assets with those of FabLab LLC, its former incubator.

According to a recent press release, the merger gives ZEVA ownership and control of important assets such as 3D printers capable of printing carbon fiber composites, CNC machines, electronics lab equipment, machine tools, computing and network resources and much more. Additionally, ZEVA Aero will gain revenue from existing contract manufacturing jobs at FabLab, and will take over the leasehold of the facility. 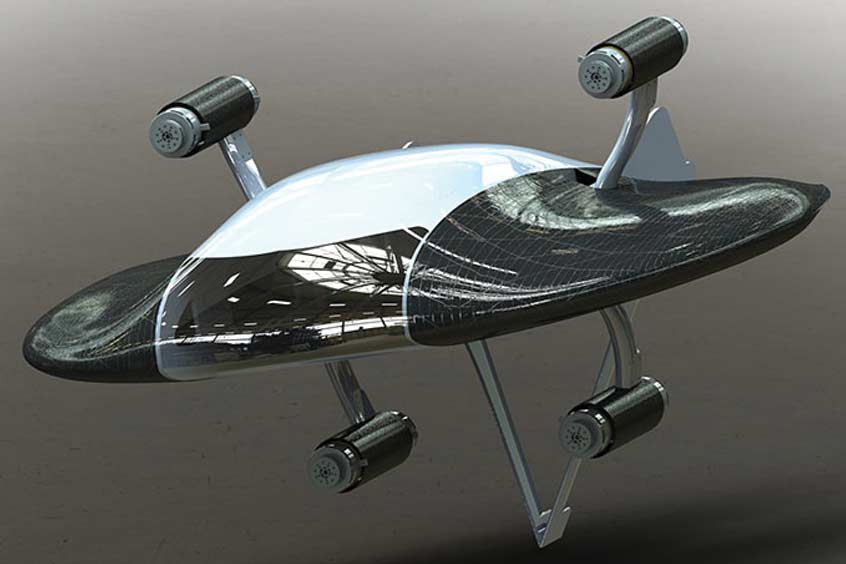 Rendering of the ZEVA Zero at full scale

ZEVA Aero is developer of the ZEVA Zero, a disc-shaped ‘blended body’ eVTOL that uses the body of the aircraft itself as a lift surface. ZEVA’s goal with the Zero is to make point-to-point personal air transportation accessible for people throughout the U.S. According to ZEVA Founder Steve Tibbitts, the company hopes to ‘have a ZEVA Zero in every garage by 2040’. The Zero prototype recently held a place at Boeing’s GoFly competition, where Tibbitts discussed the aircraft’s near-future potential for medical response and military applications.

In another article highlighting the recent wildfires in California, ZEVA’s team mentioned the potential benefits of using the Zero in emergency situations, particularly where firefighting ground vehicles might get trapped by flames or be unable to access key areas of the emergency situation. According to ZEVA, the Zero could get responders onto the scene faster than any other form of transportation with a 160mph cruise speed, and could even be remotely piloted in order to rescue people in danger. Other uses mentioned by ZEVA include resupply and location tracking.

Why it’s important: Although ZEVA Aero is a small company as compared to the aviation giants currently entering aerial mobility (Airbus, Boeing, Bell, etc), it has an incredibly unique concept with some clear design advantages over more traditional aircraft. While ZEVA may not be able to compete with these large companies for the shared air taxi business, the Zero could have great success in private ownership or specialized applications such as emergency rescue, surveillance, and more.