XPeng Releases Footage of its Electric Flying Car in Action

The X2, developed by a department of electric car company XPeng motors, has officially taken to the skies. The aircraft is designed for private ownership and personal use (similar to a traditional car) rather than only as a shared air taxi. 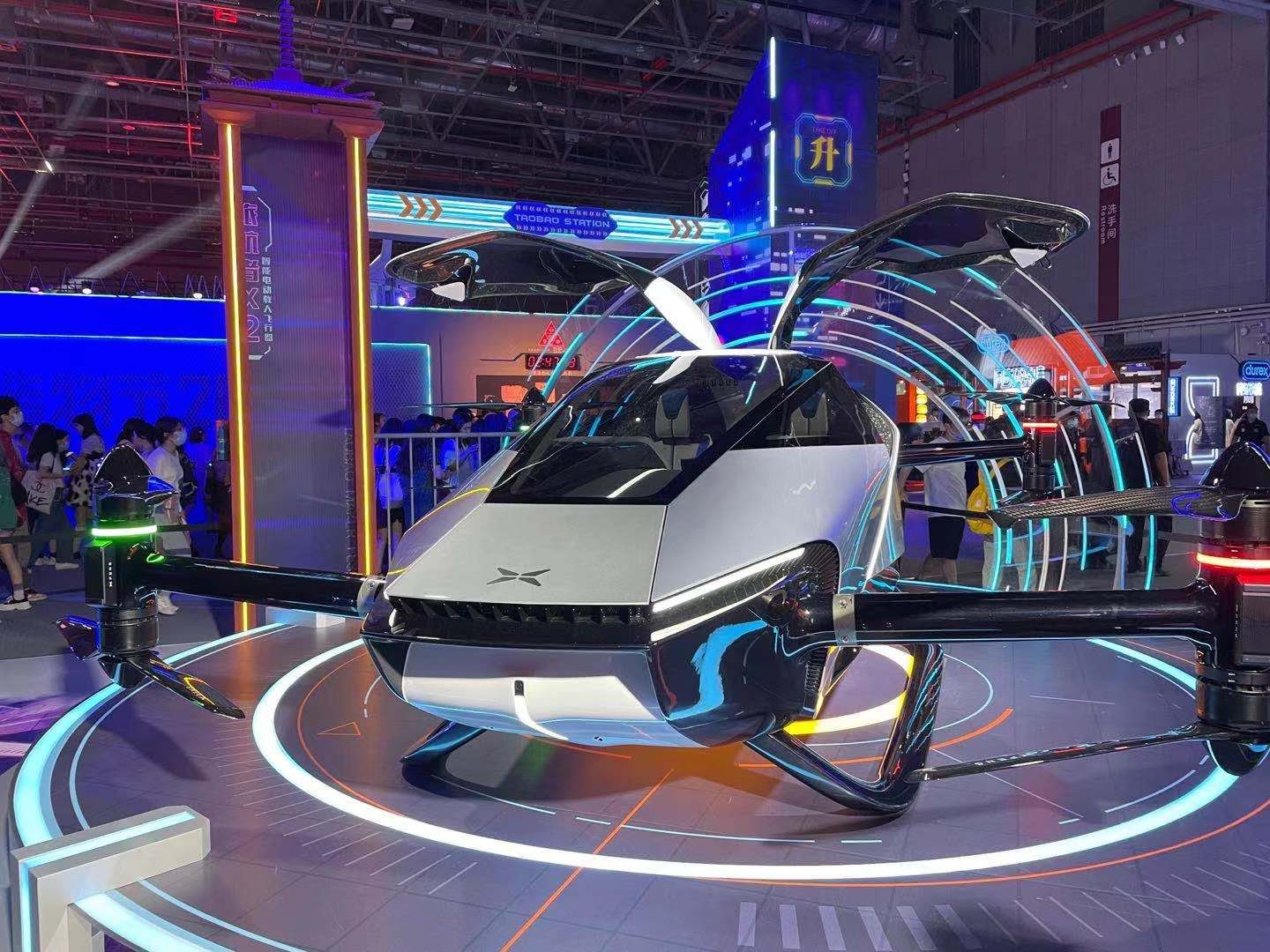 XPeng motors has a vision of the future where auto manufacturers slowly transition from making internal combustion cars to electric cars and eventually all the way to electric flying cars. Notably, American companies like GM and Goodyear have taken a similar approach, designing concepts for both electric aircraft and their components.

Founded in 2014, the Chinese electric vehicle manufacturer XPeng went public on the New York Stock Exchange last summer, raising $1.5 billion. It’s P7 long range sedan and G3 electric SUV have proven its ability to create successful electric vehicles, and the company signaling an emphatic vision for the future by releasing the concept for the X2 so soon after its automobile offerings.

The X2 is an especially sleek looking aircraft, whose lines echo the appearance of Tesla’s Cybertruck or the DMC Delorean. This design gives more of a car feel than an aircraft aesthetic, making the vehicle more approachable and inviting to those who are new to the idea of personal flight. The interior is especially user experience oriented, showing off a control panel and dashboard that look very similar to many electric ground-based cars on the market today.

Passenger/Pilot experience of the XPeng X2

The X2 will be able to carry two passengers with semi-autonomous and fully autonomous capabilities, will have a range of about 50 miles per charge at speeds up to 80mph, and will even be able to fit inside a single traditional parking space. The aircraft follows the X1, a single-passenger prototype that has already taken over 10,000 test flights.

Watch an announcement video of the X2 posted by XPeng Chairman and CEO He Xiaopeng:

Why it’s important: As the world of eVTOL aircraft grows, so do the different kinds of companies developing air vehicles, and the various market segments for electric aircraft become more clear. While companies like Joby Aviation, Beta Technologies, Vertical Aerospace, and Volocopter are focusing more on shared air taxi approaches, companies like XPeng and India’s ePlane may focus on privately-owned, smaller capacity aircraft. Also important to note is that successful car companies (especially in EVs) like XPeng and GM are starting to develop aerial mobility departments, which may mean that an increasing number of car companies in the world will start using their long-time manufacturing and safety development expertise to make eVTOL aircraft.