There was more than cars at the Detroit Auto show earlier this month-both Airspace Experience Technologies and Workhorse showed off their respective eVTOL designs. 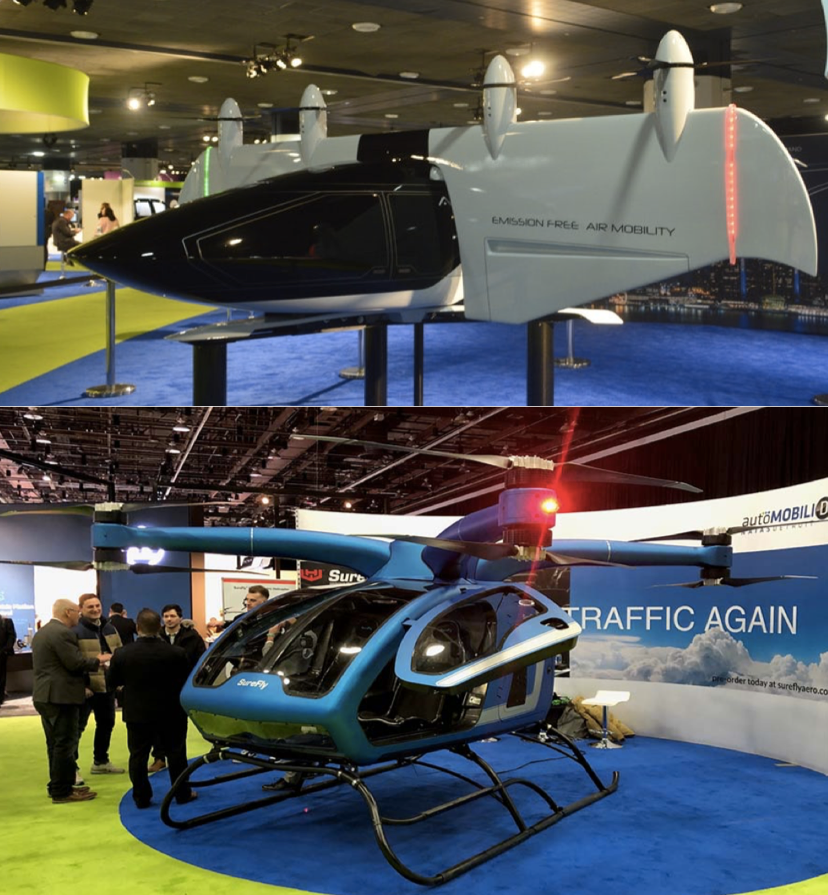 Airspace Experience Technologies,  the creator of the MOBi-ONE (top), is a subsidiary of the Detroit Aircraft Corp. (DAC). The MOBi-ONE has a somewhat similar design to the Joby S4, with a 65-mile range, a top speed of 250mph, and capacity for 4 passengers plus 1 pilot. (This capacity is larger than many current designs and iterations).

I ASX plans to both build and operate urban services for its eVTOL.

Said founder and CEO Jon Rimanelli, “MOBi-ONE will offer clean, quiet, and connected on-demand air mobility to the mass traveling public at an affordable price…Our vision is to mass produce aircraft leveraging lean automotive design and mass production techniques so our vehicles are affordable to the mass traveling public.” Learn more about the MOBi-ONE

Workhorse SureFly meanwhile (featured below) had a full-size prototype to Detroit’s Autoshow. Workhorse plans for the SureFly ‘Octocopter’ to be available directly to the public for purchase at $200k, rather than provide flights services like AirspaceX. Unlike many helicopters, the SureFly is semi-automated, making it far easier to fly. The company is currently trying to get FAA Certification to begin production and is hoping that anyone with a Sport Pilot license will be allowed to fly the aircraft. Learn more about the Workhorse SureFly 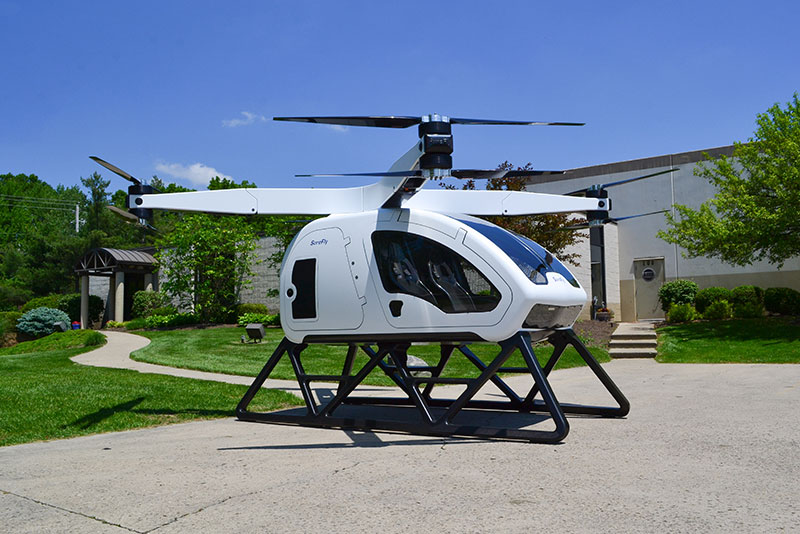 Workhorse SureFly (above) creator CEO Steve Burns believes the affordability, compact size, and ease of flight of the SureFly will make it accessible to the public in the near future for private ownership.

Why it’s important: The presence of these companies at the Detroit auto show shows the beginning of blending between ground and air travel. Until now, personal air vehicles have been reserved for inter-city travel, but with new vehicles like these, journeys once traveled by cars can soon by completed by air as well. With one company selling the vehicle itself and the other selling transportation services, the two allude to an impending multi-faceted industry.