Volocopter’s VoloCity eVTOL to be added to Microsoft Flight Simulator

Volocopter announced on November 17th that the VoloCity will be featured in the upcoming Microsoft Flight Simulator. The announcement occurred at CoMotion LA, from Christian Bauer, Volocopter CCO. “We partnered with the experts at Urban Movement Labs to approach important stakeholders in Los Angeles, a highly relevant US city for us. Now, we are bringing our aircraft to the city to empower people with knowledge about UAM and first-hand experience with our aircraft. We are providing this learning opportunity onsite at CoMotion LA and virtually also to people across the world on 18 November with the new Microsoft Flight Simulator release, where Volocopter is included as the first electric air taxi.”

Earlier this year, Volocopter announced its partnership with Urban Movement Labs (UML), a nonprofit organization facilitating the deployment of new mobility technologies in Los Angeles. Volocopter is working with UML to network with key interest groups on the federal and city levels. This collaboration opens the door for discussions between Volocopter and local entities interested in launching UAM services in the future. 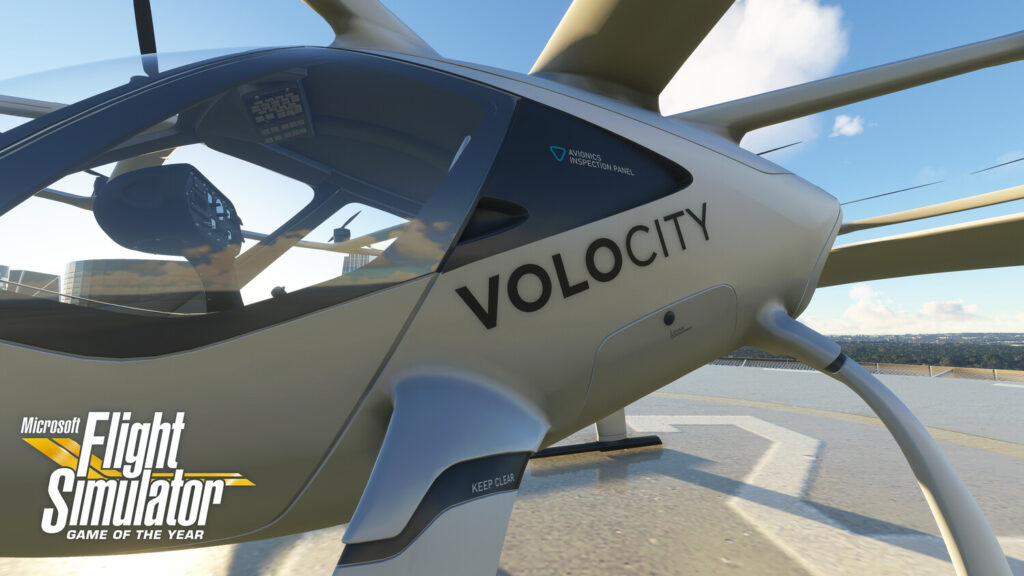 “Our partnership with Volocopter expands the work we are executing as a part of the UAM Partnership with the City of Los Angeles.  This work will inform the future UAM ecosystem in L.A. using a community-first strategy, conducted with Angelenos for Angelenos. By working together with Urban Movement Labs, Volocopter is showing their commitment to keeping the community in mind, and we are proud to be partnering with these pioneers on this journey and facilitating their market entry,” says Sam Morrissey, Executive Director at Urban Movement Labs.

In January of this year, Volocopter announced its intention to bring air taxis to US cities. In July, Volocopter conducted the first-ever crewed public test flight of a fully electric vertical take-off and landing (eVTOL) air taxi in the US. Soon, people in LA and worldwide will also be able to experience virtual flights in the VoloCity in the newest release of Microsoft Flight Simulator (MSFS). In a partnership with the MSFS team, Volocopter’s VoloCity will be the first rotor-based vehicle in MSFS.

Why it’s important: The cross-branding of Volcopter’s leading eVTOL product with the digital reflection of the airplane in Microsoft Flight Simulator is another means for the aerial mobility industry to expand and reinforce its influence among aviation, and on a larger scale, mobility as a whole. Partnerships between companies such as Microsoft and Volocopter will grow the sphere of influence of aerial mobility and provide an engaging, fast-paced means for learning and interaction with the next generation of transportation methods. This also means a wider age range of audience.