Volocopter’s Initial Round of VoloFirst Flights in Singapore Sold Out

After committing to launching a commercial eVTOL platform in Singapore within the next two to three years, Volocopter has now announced that advance tickets for their eVTOL flight service, VoloFirst, have officially sold out. The VoloFirst flights, priced at $365 USD per ticket (€300), will consist of a short scenic routes, a 10-15 minute flight “over the Southern waters, offering breathtaking views of the Marina Bay skyline.” The initial VoloFirst flights are expected to commence sometime in 2023.

The German aviation startup has been doing intensive work in Singapore for some time now, making strides in development and successfully performing several test flights, including a high-profile manned flight in late 2019. While Singapore is relatively untroubled by traffic congestion relative to other major urban centers (which is arguably the biggest driving factor for the rapid growth of the aerial mobility industry), the island-city state holds plenty of potential capital, as well as a strong tech research sector, both factors which seem to be leading Singapore to become a very valuable benefactor for Volocopter. 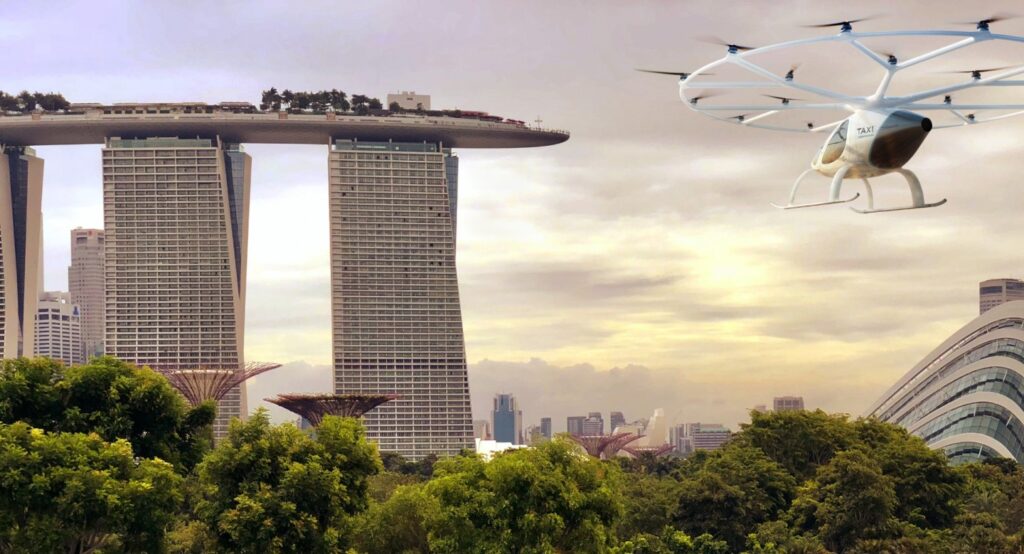 According to Florian Reuter, CEO of Volocopter, “Singapore is renowned for its leading role in adapting and living new technologies. Our successful cooperation with the Economic Development Board, Ministry of Transport, and Civil Aviation Authority of Singapore on our previous flight has shown that there is no better place in Asia to launch our electric air taxi services than in Singapore. The city’s research institutes conducting R&D play an integral part in this. Topics like route validation for autonomous operations, material science, and research regarding battery technology are very important for our long-term business success.”

In order to meet their deadline of just 3 years, Volocopter intends to build up a team of more than 200 in the coming years, and remains confident that they will be able to reach their goal on schedule. As of now, the biggest obstacle in Volocopter’s path is certification, not only with EASA authorities, but local Singaporean authorities as well before Volocopter will be able to service passengers. However with the relative simplicity of Volocopter’s design, especially in comparison to the designs of other competitors, it could be entirely possible to see eVTOLs ferrying tourists and early adopters alike in 2023. 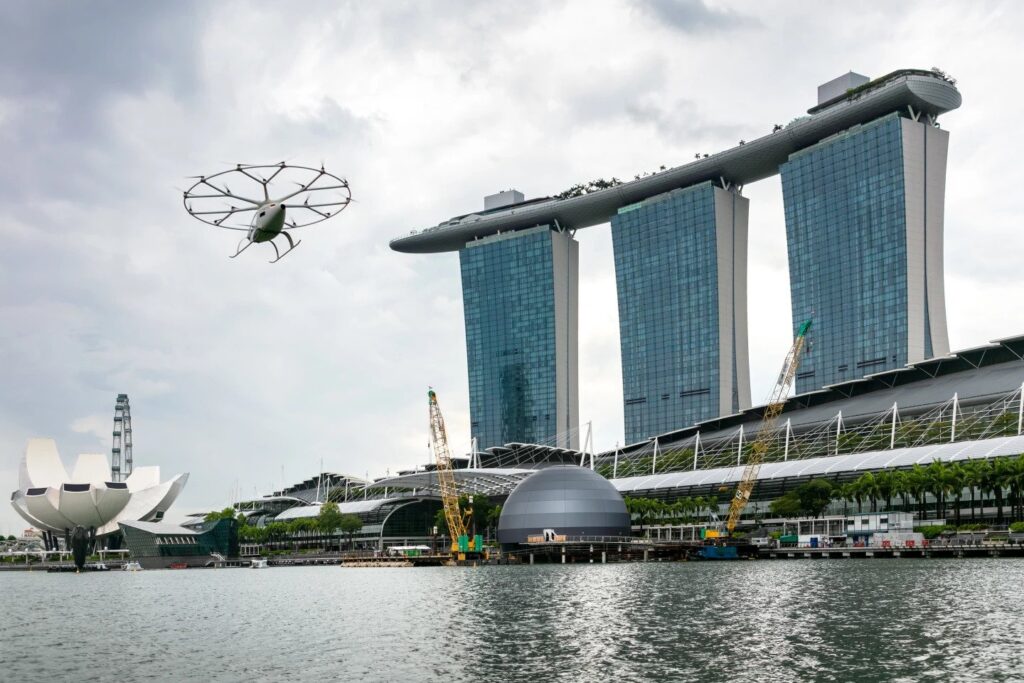 Why it’s important: Volocopter’s declaration of getting a commercial aerial mobility platform up and running in three years is an aggressive one, but is far from improbable. Considering both the simplicity of Volocopter’s eVTOL design as well as the expectation that initial flights will resemble tourist rides more than an actual method of commute, Volocopter’s goal is ambitious, but definitely possible. Volocopter’s aggressive approach is also completely understandable. Successfully getting their eVTOL platform up and running would have Volocopter passing one of the biggest milestones in the aerial mobility sector and be years ahead of most competitors.