Volocopter unveiled its newest aircraft, VoloConnect, at EBACE Connect on May 17th. The VoloConnect is the company’s first winged aircraft, and is designed to link suburbs to cities, complementing the company’s existing family of aircraft that cover shorter range intra-city missions. Volocopter claims that VoloConnect’s hybrid lift and push design will achieve certification within the next five years due to the commonality of design criteria and approaches that are being implemented along with Volocopter’s other offerings. 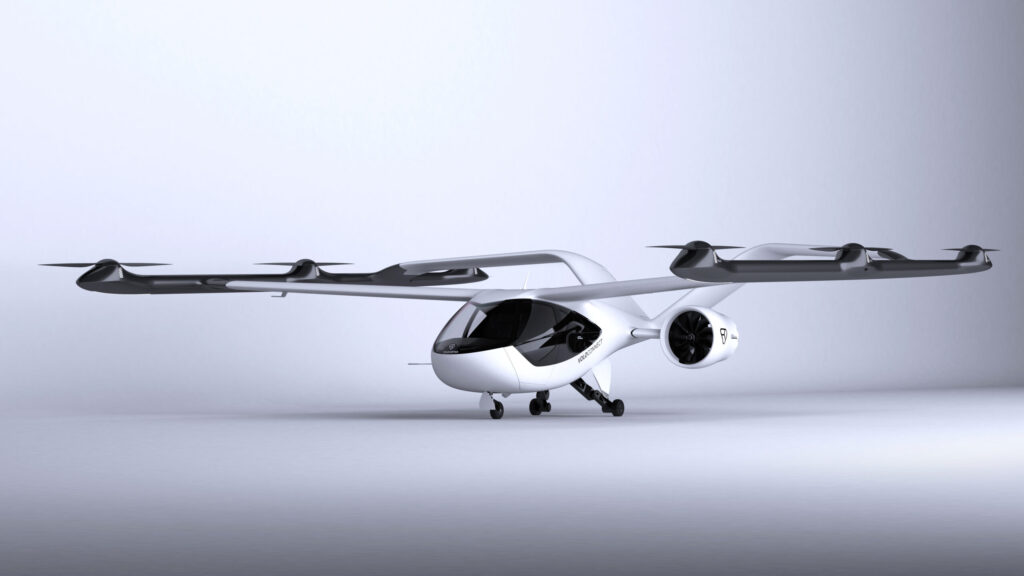 The new VoloConnect aircraft from Volcopter

With the capacity to travel longer distances, VoloConnect joins Volocopter’s aircraft family and extends the company’s UAM ecosystem coverage to the suburbs. Volocopter emphasized in their press release today that the family of Volocopter aircraft now represent a suite of products that suit logistical, urban, and intra-urban use cases, all tailor made to exceed the performance of a one-size-fits-all aerial mobility aircraft. In total, the following aircraft makeup the family: VoloDrone, VoloCity, and VoloPort. Additionally, the company touts VoloIQ, their operations software, as a crucial component for real time fleet health monitoring that enables operators to have heightened insights regarding the maintenance and operability of their fleet. VoloConnect will integrate into the company’s VoloIQ digital platform infrastructure to offer an additional mission for longer routes.

Florian Reuter, Volocopter CEO, characterized the motivation for the new aircraft: “VoloConnect embodies the next dimension of our mission to offer affordable, efficient, and sustainable flight mobility solutions for cities around the globe. Leveraging customer insights from our existing VoloCity and VoloDrone, VoloConnect’s capacity to support longer missions and higher payloads serves another strong growing market demand.”

VoloConnect uses a hybrid lift and push design to transport up to four passengers electrically on routes of 100 km at a speed of 180 km/h, with a top speed of ~250 km/h. The compact aircraft layout, necessary for urban missions, is naturally stable and highly efficient during forward flight, but also features a low stall speed. Volocopter’s Munich-based team of engineers, led by Chief Engineer Sebastian Mores, have been working on the aircraft for over two years and have filed several patents for its technology. Scaled prototypes of the VoloConnect are already in the flight test phase.

Volocopter has obtained Design Organization Approval from the European Union Aviation Safety Agency (EASA), which represents formal acknowledgement from the European Aviation Safety Regulatory authority of approval of the proposed designs of the VoloConnect. While flight testing is not complete, this agreement is substantive in an industry that is still fully defining the certification requirements for the majority of new eVTOL designs.
Why it’s important: VoloConnect differs from many urban eVTOL aircraft currently on the market as it uniquely targets longer range flights, aimed at connecting urban centers to suburban transport hubs or private residences. These types of use cases have emerged in recent years as a large total addressable market for aerial mobility operations as they would effectively replace time-consuming commutes into crowded urban areas. By introducing the VoloConnect, Volocopter has extended its covered market segments, making itself ever more competitive in the eVTOL aerial mobility industry.