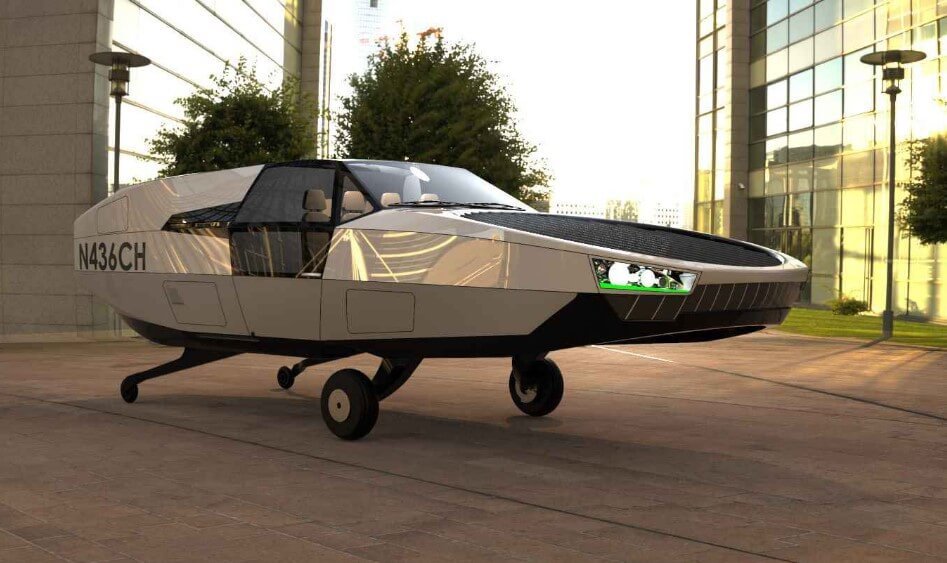 The Urban Aeronautics CityHawk, a hydrogen-powered eVTOL. Prototypes of the CityHawk have already undergone over 300 test flights.

The Urban Aeronautics CityHawk is a powerful, hydrogen-powered eVTOL capable of a 93-mile range (fully loaded) and a 170mph top speed. It has been under development for several years, and a full-scale prototype has already completely over 300 test flights. The CityHawk is designed for use as an urban air taxi, medical responder, public air taxi, or private aircraft.

Last week, Urban Aeronautics that it signed a Memorandum of Understanding with renowned emergency medical responder Hatzolah Air, which currently operates traditional fixed-wing aircraft in order to respond to medical emergencies and natural disasters. In addition to aiding Urban Aeronautics in designing an effective emergency responder version of the CityHawk, this announcement also likely means that Hatzolah will be one of the first ever companies to operate the new aircraft. Hatzolah, founded over 50 years ago, currently runs hundreds of emergency response flights per year, and has a built a vast network of for-profit air ambulance operators around the world.

Left: A prototype of the Urban Aeronautics CityHawk in flight. Right: A sketch of the potential layout of a CityHawk emergency response aircraft

Said Rafi Yoeli, CEO of Urban Aeronautics, “We are excited to partner with Hatzolah Air on the development of our CityHawk EMS vehicle. Its compact size will enable it to land in the middle of a busy city street, making it a perfect fit for medical evacuation missions by dramatically decreasing the time it takes to arrive on-scene, treat and transport sick or injured patients to appropriate medical facilities.”

According to the MoU, Hatzolah will also help market and distribute the CityHawk to other EMS and rescue organizations. Said Eli Rowe, President of Hatzolah Air, “Based on our initial estimates, we foresee a potential market of at least 800 CityHawks for Hatzolah and other EMS operators, with the possibility to save thousands of lives every year,.

Urban Aeronautics engineers will work closely with Hatzolah’s experts to tailor the CityHawk flying vehicle to Hatzolah’s operational requirements. Hatzolah’s version of the aircraft will accommodate a pilot, a patient plus companion, two EMT personnel, and a complete package of life support equipment.

Watch a demo of the CityHawk prototype in flight below:

Why it’s important: As 2020 moves forward, many aircraft on the market are beginning to transition from the prototype stage to the partnerships and sales stage. Previously, many aircraft were still raising funds and completing in-house design. Now, companies like Urban Aeronautics are beginning to partner with external organizations to finalize aircraft designs for specific applications. With this latest release, Urban Aeronautics helps advance the entire eVTOL industry to the next stage of development and execution.