Kaydon Stanzione, a New Jersey engineer and entrepreneur, and the founder of Jaunt Air Mobility, has been quietly developing his company with little to no media presence. This has been a trend with other rising eVTOL companies such as Beta Technologies, where focus has been placed almost exclusively on development, for a leaner – and possibly quicker – road to their goal.

For Jaunt Air Mobility, their goal is to “couple the speed, range and efficiency of an airplane with the vertical takeoff and landing capability of a helicopter along with the unparalleled safety of a high inertia rotor.” To do this, Jaunt has already acquired Carter Aviation Technologies, “aerospace research and development firm that developed and demonstrated Slowed-Rotor/Compound (SR/C™) technology”. Carter has been around since its founding in 1994, and has since flown demonstrators such as the Carter Copter and Passenger Air Vehicle (PAV), which can be seen in the video below.

Carter Aviation Technologies, and their new-founded collaboration with Jaunt Air Mobility, has caught the eye of Mark Moore, director of engineering at Uber Elevate. Currently, Uber Elevate has partnered with 5 companies which are all developing their take on fixed-wing electric or hybrid-electric aircraft with distributed propulsion and control systems. Jaunt Air Mobility could be the sixth company to partner with Uber Elevate given if it receives venture capital funding, and would be the first of the partners to incorporate Slowed-Rotor/Compound technology in their design.

Additionally, since the Jaunt aircraft design combines that of a helicopter and a traditional fixed-wing aircraft, it employs the use of autorotation, which is what makes helicopters safe to fly. The company touts this as an advantage of its aircraft because the air pushing through the large, horizontal rotor ideally produces enough lift to safely land the vehicle. This contrasts other eVTOL designs which would rely on safety mechanisms such as parachutes if the aircraft were to require an rapid-descent landing. 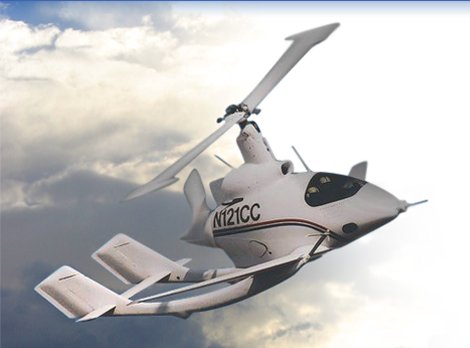 Why its important:  Jaunt Air Mobility’s hybrid design approach includes important safety features of a high inertia rotor which could enable the aircraft to be a widespread commercially viable option. Since Uber Elevate would likely be transporting high volumes of passengers daily, they would need to prove both to the passengers and regulatory agencies that the vehicles they are operating are safe and have reliable safety measures. This, coupled with receiving venture capital funding, could make Jaunt a viable partner for Uber Elevate in the near future.