Turkish aerospace company Baykar Unmanned Aerial Vehicle Systems Co’s Cezeri successfully conducted hover tests in its first maiden test flight. Weighing in at 230 kg (507 lb.), the prototype flying car ascended to about 10 meters in the air during trials. According to Baykar Chief Technology Officer Selcuk Bayraktar, “We will make more advanced prototypes in the upcoming process, and perform flights with a human [on board].”

Bayarktar also noted that an expected timeframe could see the launching of the commercial variant after all development and trials to be after 10-15 years. “After smart cars, the revolution in automotive technology will be in flying cars. So from this point of view, we are preparing for tomorrow’s races, rather than today’s,” he said.

Unveiled at Teknofest in 2019, the Cezeri is one seater quadcopter that is expected to be able to reach a flight ceiling of 2000 meters and a maximum speed of 100 kph. The craft’s name is inspired by Ismail al-Jazari, a renowned Muslim engineer who lived between 1136 and 1206. The company already produces drones for both armed and non-armed forces as well as control systems, simulators, and avionics systems. Selcuk Bayraktar has confirmed that plans are in place to conduct test flights with a human pilot. 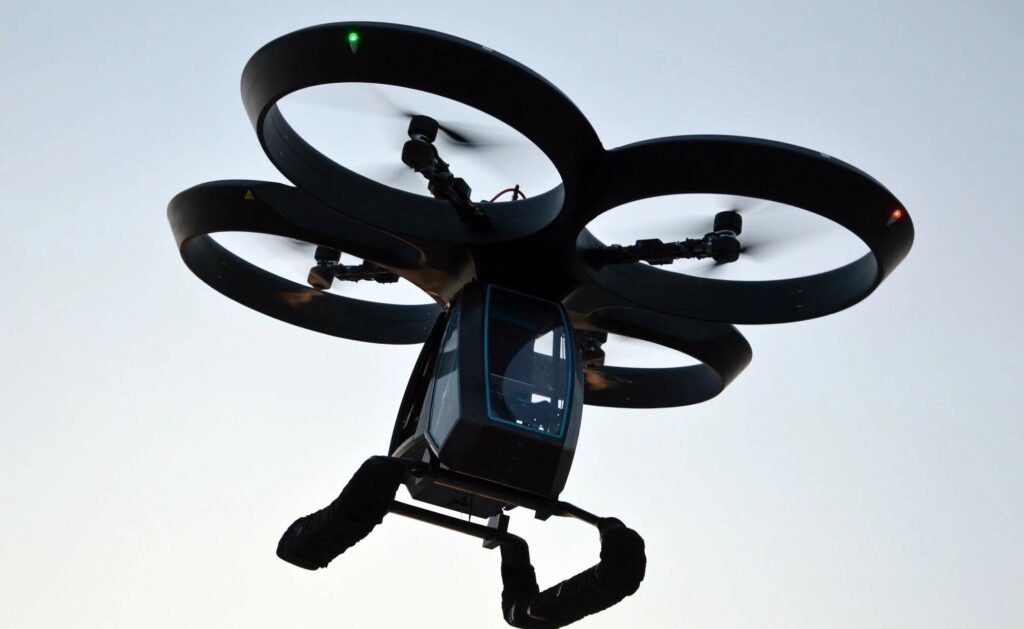 Why it’s important: Countries and companies worldwide are continuing to make inquiries and decisions to enter the aerial mobility market. Turkey, Japan, and many other countries are now all looking into supporting their own native aerial mobility vehicles with political and financial backing. With this latest technological milestone, Turkey and companies within it hope to continue to expand domestic aerial mobility technology in the coming years.
Source // The EurAsian Times