The Firenze Lanciare is a new flying car concept, powered by twin Williams FJ-33 jet engines and wings that unfold from underneath the car’s body for flight. While the Firenze Lanciare is not a VTOL aircraft, it represents and important segment of aerial mobility transportation: the roadable STOL. This kind of aircraft is designed for private or shared ownership, and is meant to make point-to-point travel moere accessible, eliminating the need for time-consuming airport transfers. 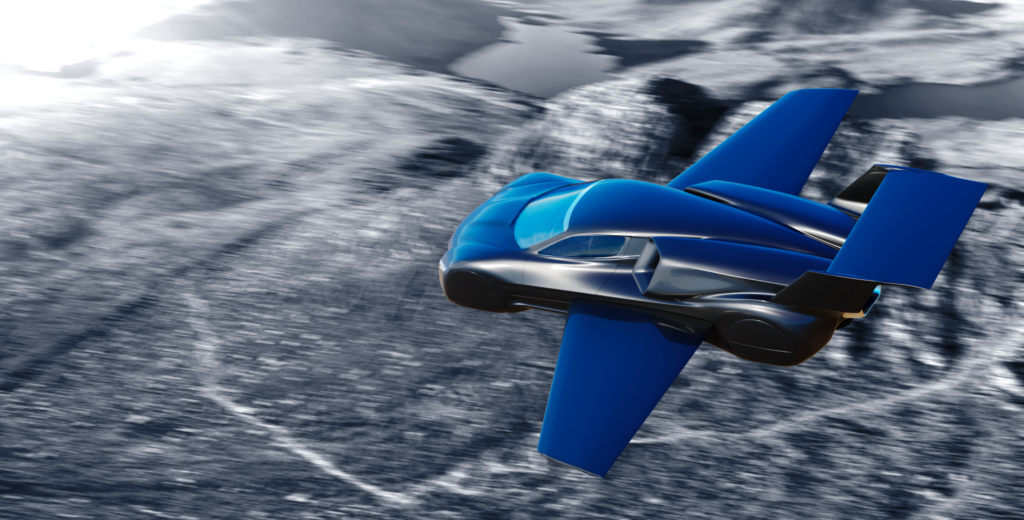 Billed a cross between a supercar and a small private jet, The Firenze Lanciare is the first roadable aircraft on the market powered by jet engines. Its two Williams FJ-33 jet enegines positioned at the rear of the vehicle each provide 2000 lbs of thrust, getting the aircraft up to predicted cruise speeds of about 520 mph. With a 300-gallon fuel tank, the Lanciare can achieve a maximum range of about 850 miles. According to Lanciare, this means 300 mile journeys could take as little as one hour.

Unlike other roadable STOL concepts, the Firenze Lanciare would be as impressive on the ground as in the air, using two Tesla electric motors for a total of 1000hp and a 0-60 time between 3 and 4 seconds. Other existing roadable concepts, although much further down the path to development and production, use only propellors for flight with small combustion engines for ground-driving which make for much slower cruise speeds and less impressive driving specifications. These aircraft include the AeroMobil 4.0, the PAL-V Liberty, the Samson Sky Switchblade, and the Terrafugia Transition.

Why it’s important:  With the predicted high-performance specifications provided by Firenze, the aircraft would be at the top of the market for privately owned roadable STOLs. Due to its jet engines and massive fuel tank, the Fierenze’s speed and range are unmatched by any similar aircraft. However, the aircraft/car is still in early stage development. Stay tuned to news on the Fierenze Lanciare.