Caravella Aerospace is in the process of developing a 2-seater partially electric roadable aircraft, the CaravellAir. (A “roadable aircraft” is a combination vehicle that combines an aircraft’s ability of flight with the on-road driving capabilities of an automobile.) According to Joe Caravella Jr, owner of Caravella Aerospace, “The CaravellAir integrates car, plane, and motorcycle components into one vehicle that can drive or fly on demand.”

Located in Sherman Oaks, California, Caravella Aerospace has developed a one-seater prototype of the CaravellAir that has been street legal for over 8 years, and road tested for over 3000 miles from San Diego to San Francisco. For its powertrain, the CaravellAir prototype has a propeller drive system that is connected to a motorcycle engine that can push the fuselage above 80 mph (129 kph) on an active runway testing back to 2015. The fuselage itself (coupled with mock-up flight surfaces) is flight ready, and has successfully demonstrated real-world road operations up to 70 mph (113 kph). Caravella Aerospace is currently working on development of the CaravellAir flight surfaces. 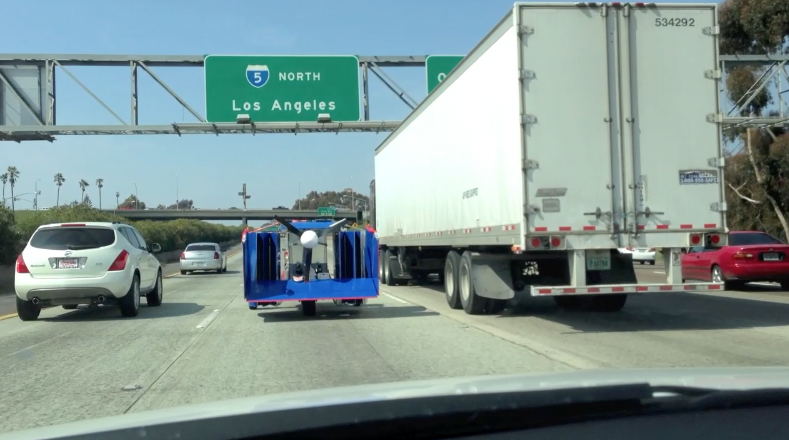 Why it’s important: While the CaravellAir is still in the early proof-of-concept stage, its folding wing design is quite sound, and has even been flight proven on aircraft such as the Terrafugia Transition. In addition, the CaravellaAir has showed impressive progress in roadworthiness certification, something which many other roadable aircraft concepts have not yet achieved. If CaravellAir successfully finishes development through flight testing, certification, and production, the result will be an affordable, efficient aircraft that will add greatly to the growing market for privately owned roadable aircraft.