teTra Aviation, an aerial mobility design team from Tokyo won the $100,000 Pratt & Whitney Disruptor Award at the first GoFly Prize Final Fly-Off. Tasuku Nakai, a doctoral student at the University of Tokyo, was lead of the team that won the award for its teTra 3 machine. The teTra 3 was awarded for its system integration and design for safety, which exceeded the accomplishments of other teams related to safety and accident prevention. 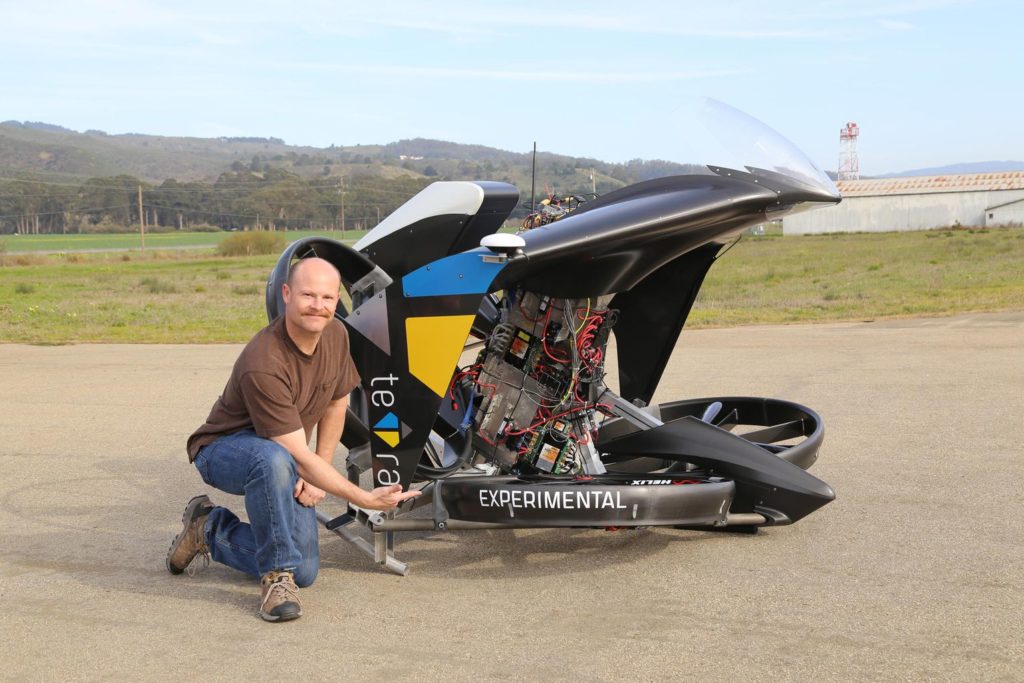 The Final Fly-Off was postponed to a later date due to high winds which prevented any aircraft from flying from Moffet Federal Airfield at the AMES Research Center. This also means that the award of the $1M and $500,000 prizes were postponed for the overall winner and the quietest flyer, respectively.

The GoFly competition, in total, included 854 teams that submitted 3800-plus innovators. Over 100 countries were represented as participating in the GoFly challenge, a competition that has been ongoing for the past two years.

“After much anticipation, we are thrilled to announce that teTra Aviation is the winner of the Pratt & Whitney Disruptor Award,” said GoFly Founder and CEO Gwen Lighter. “The team displayed the technical design and creative prowess that we set out to inspire when we created the GoFly Prize. teTra created a unique personal flyer and we look forward to supporting them as they take the next steps towards revolutionizing human mobility.”

“Innovation has always been at the core of our DNA at Pratt & Whitney and we applaud GoFly’s efforts to transform the industry,” confirmed Geoff Hunt, Senior Vice President, Engineering. “We’re proud to sponsor such an exceptional competition and we designed the Disruptor Award to recognize the team that challenged the status quo, delivered unique thinking into a complex issue and considered safety, reliability, durability and system integration.”

“This is beyond my imagination,” said Nakai. “The whole team is glad to celebrate this achievement. Personal flying is the future of transportation and I know there will be a day when every person will be able to take off and land anywhere. On behalf of my entire team,  I want to say thank you to GoFly and Pratt & Whitney.” 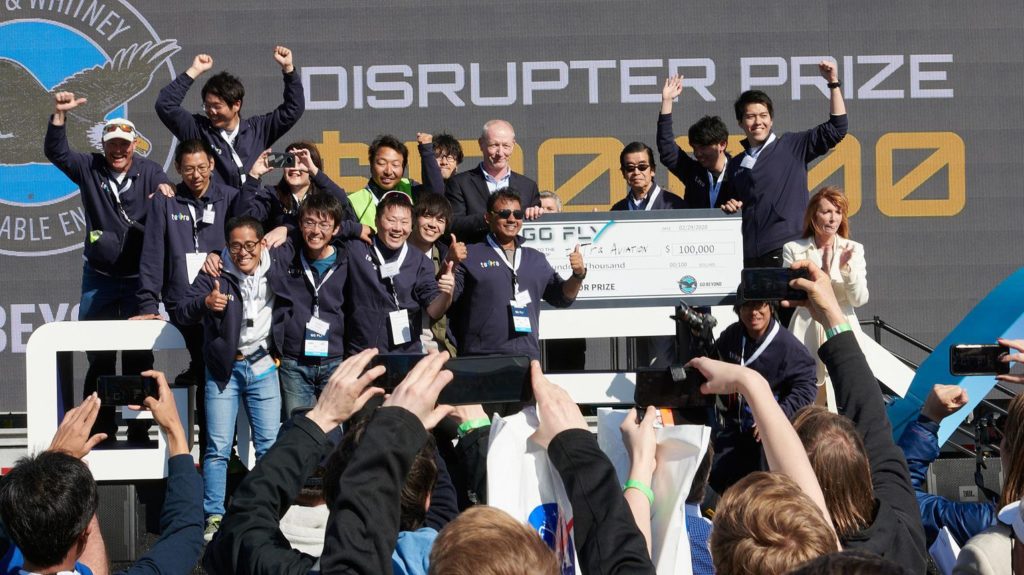 Prior to the Final Fly-Off, held at Moffett Federal Airfield during Leap Day, 10 teams were named Phase I winners and were awarded $20,000 prizes for their concepts, while five teams were named Phase II winners and were awarded $50,000 for their prototype submissions. The GoFly organizers stated that “GoFly looks forward to awarding that $1 million prize in the near future.”

The GoFly Prize is supported by Grand Sponsor Boeing, Disruptor Award Sponsor Pratt & Whitney, as well as more than 20 national and international aviation and innovation organizations.  All teams participating in the competition also benefited from the guidance and expertise of a dedicated Mentors and Masters program. 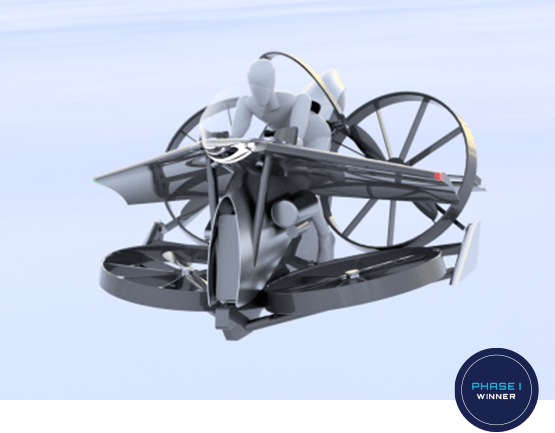 Why it’s important: While the Final Fly-Off has not yet been completed, the Disruptor award’s impact to teTra and to the larger personal and aerial mobility industries, while small in total magnitude, can make a large difference for teTra’s advancement of their technology and future designs. While the teTra may not be the end all solution to on-demand commercial aerial mobility, the enabling technologies related to development of this machine could easily be applied to larger UAM operations for greater safety and reliability in the future.