They’re Great for Cars, But Not so Much Urban Aviation

Over the last 20 years, batteries have been one of the slowest developed hardware components in the world. Solar power, advanced materials, and next generation manufacturing processes have all sparked new business and provided the technological momentum to create new industries. All but the battery. In order for the Urban Air Mobility industry to accomplish the major tenet of environmental sustainability, battery tech needs to catch up. So why the lag? And how have companies like Tesla and Faraday Future been able to bring their products to market despite the challenges that battery technology provides? 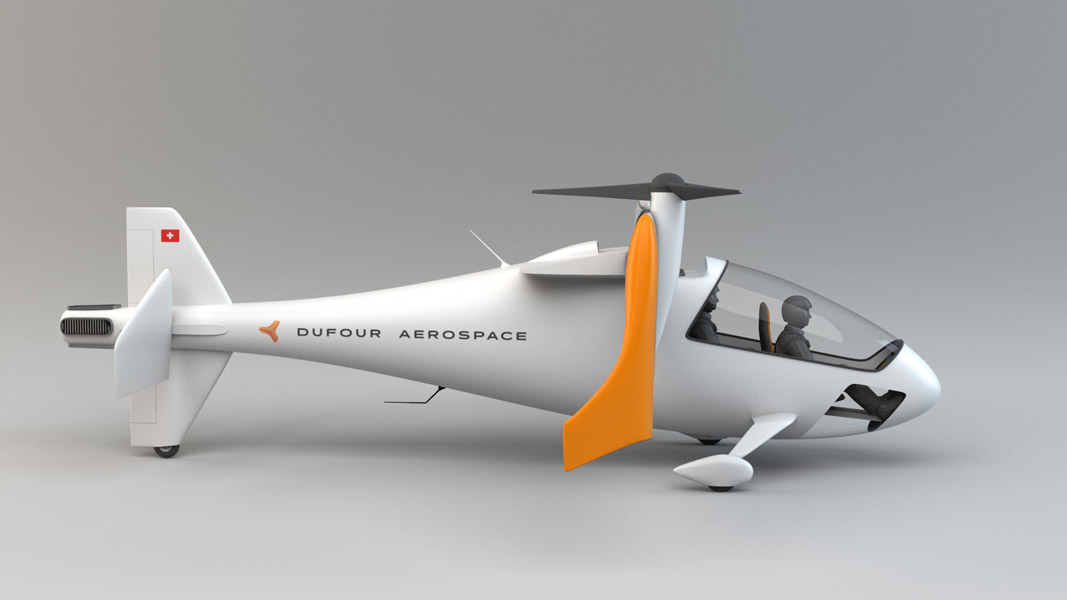 The duFour aEro2: an example of a conceptual electric urban aviation vehicle.

The Current State of Battery Technology

To understand why the Urban Air Mobility industry is still 10 years from being completely electric, the current state of battery technology should be understood. The key metric for any battery is energy density – the amount of energy that can be stored in a given volume. The higher the density, the smaller the battery required for a certain amount of energy, or the more energy that can be stored in the same amount of space. To “optimize” battery tech, energy density must be maximized. However, unlike Moore’s law (in which processor power, or components per function, increases exponentially with time) battery energy density has seen a meager 3% increase in energy density year over year.

There are a couple types of batteries that have widespread application – Lithium Ion and Alkaline. While Alkaline is used in virtually all household batteries, its energy density is lower than that of the Lithium Ion batteries – but Alkaline batteries are much safer than Li-Ion batteries, which have a nasty habit of being impossible to extinguish should they combust. Most electric transportation applications require a large amount of energy, and so virtually all use Li-Ion batteries to take advantage of the greater energy density while accepting the safety risk. But, Li-Ion energy density is still too low; the required density for flying transportation modes is much higher than driving applications because weight is at a premium.

Surely the world can do better – so why haven’t we?

Tesla (and more recently Faraday Future) have been able to market electric vehicles effectively because they’ve capitalized on Lithium Ion batteries with energy densities reported to be around 900Wh/L, or 250 Wh/kg. [1] For reference, an Alkaline AA battery holds about 4 Wh of energy [2] with a corresponding energy density of 700Wh/L. While this comparison illustrates how much higher the energy density of Li-Ion batteries is compared to that of Alkaline batteries, the quantity of energy required for an electric vehicle is still staggering.  A Tesla Model S boasts fast acceleration and performance, but what many fail to realize is that the vehicle itself weighs almost 1,000 lbs more than any similar sedan with an internal combustion engine (mostly due to battery weight). 900 Wh/L is “good enough” for road applications because higher weights are acceptable. However, an electric vehicle in flight demands the minimum weight possible. How much farther must energy density be increased for batteries to become a practical source of aerial energy? The answer is simple: a comparable power to a Tesla Model S is required, but at 80% of the current weight of the Tesla battery packs (which is about 1,200lbs) – more on how we arrived at that figure later. For comparison, the Volocopter weighs 996 lbs – less than the total weight of the Tesla battery packs. Fortunately, the Volocopter (and other UAM solutions) require less than 1,200 lbs, or 85kW, of power, but weight is still at an absolute premium. 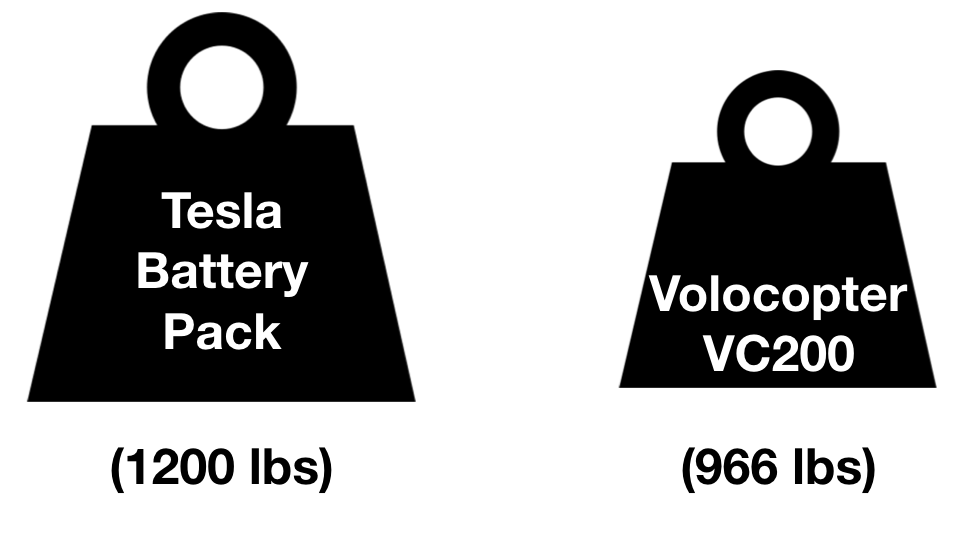 Before we address this ultimate goal of the feasibility of battery power in the urban aviation industry, we’ll turn to a different industry that’s familiar to many: consumer drones.

One hybrid industry that provides a bridge between aviation and electric transportation is the recreational drone industry. Drones are little more than battery packs with any number of brushless electric motors powering small propellers at each corner of the device; oftentimes four are used to aid in stability. UAM solutions are much larger and more complex – but the physics of the energy required to stay aloft remain the same in both cases. For instance, the DJI Mavic Pro weighs 734g and can stay aloft for 31 minutes using a 46W battery, which is a typical capacity for a small drone. To condense these statistics into one comparable unit, like kg/kW, we get 8.2. This number doesn’t mean much on its own, but if the weight of the aircraft is multiplied by the time aloft desired, a rough estimate of the total energy required may be obtained. 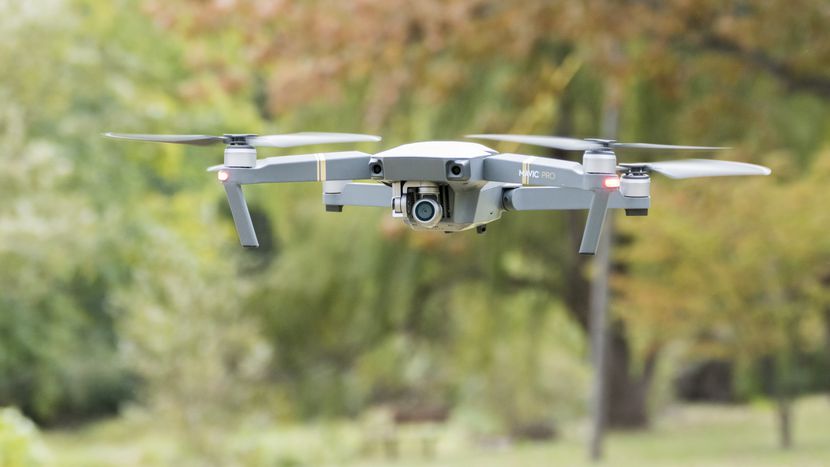 So how much power would a vehicle like the Volocopter require to fly for one hour? Using the kg/W factor of 8.2 to solve for this figure the Volocopter would conservatively need 26.7kWh of energy. Remember back to the Tesla example – the Model S batteries have a capacity of 85kWh (3 times greater than that of the Volocopter) but at a weight of 1,200lbs. So if the Model S batteries were removed and 1/3th of the cores were installed on a UAM, they would represent approximately a 400lb weight – which is more than 40% of the weight of the V200X itself. 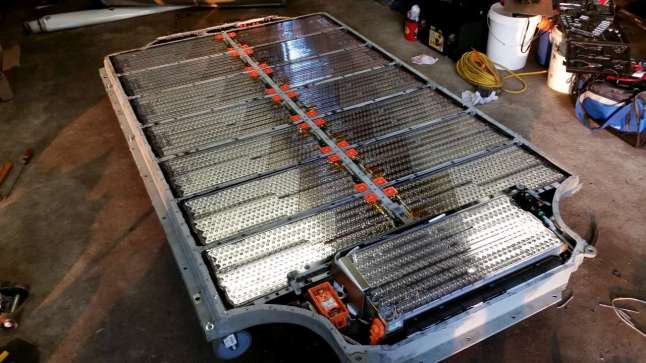 Would a Tesla P90D battery work for urban aviation? Most likely, no.

This 20% figure doesn’t sound high, but when you compare the energy in that 200lbs of weight (14kW or 50.3 Megajoules) to the energy stored in 200lbs of Jet-A (4126 Megajoules) it quickly becomes apparent that Jet-A has prevailed for so many years because of its extremely high energy content.

While Jet-A fuel is a less desirable fuel in terms of environmental impact, its energy density is far superior to almost every other energy source.

But this doesn’t mean that it’s not possible for batteries to be “good enough”. Fortunately, aerodynamic innovations mean that matching the energy density of Jet-A is not required; batteries can do good enough with their own lower energy density, and with the added benefit of zero emissions, which is a huge win over Jet-A fuel. The magical 80% figure mentioned in the first comparison of Tesla batteries’ applicability to the UAM industry is critical because, in general, a 20% weight reduction of the battery pack alone would free up enough weight for additional energy storage, baggage capacity, or avionics and flight hardware. This would reduce the 200lb Volocopter battery to 160lbs (or just 16% of the total weight of the aircraft) and would allow energy density to scale to the third power since the reduction in volume for a reduction of weight is not linearly proportional. The 20% reduction, or 80% capacity rule is a benchmark to chase.

How realistic would it be to achieve this reduction in weight; this increase in energy density? At the current rate of battery technology advancement, about 7 years. Is this soon enough? Many would say yes, but the bigger concern is not being addressed: how long will it take battery technology to achieve 30% and 40% reductions, or progress to the point where the energy capacity of Jet-A is challenged? The next 7 years will be a true barometer of success, and small scale demonstrations of battery technology in people-carrying Urban Air Mobility situations will help increase the general awareness of the advantages of electric aerial transportation. Eventually the time will come for more than 3% per year, but only once a larger audience realizes the potential benefit.