Terrafugia’s Transition prototype has received light sport category (S-LSA) certification from the FAA, marking a major step towards entry to service. The Transition is a 2-seater flyer car which can be operated as a street legal vehicle that transitions to flight. The prototype features a Rotax 912iS 100HP 4 cylinder engine with hybrid-electric platform for drive mode. In flight, Transition can reach speeds up to 100 mph and a total range of 400 miles. 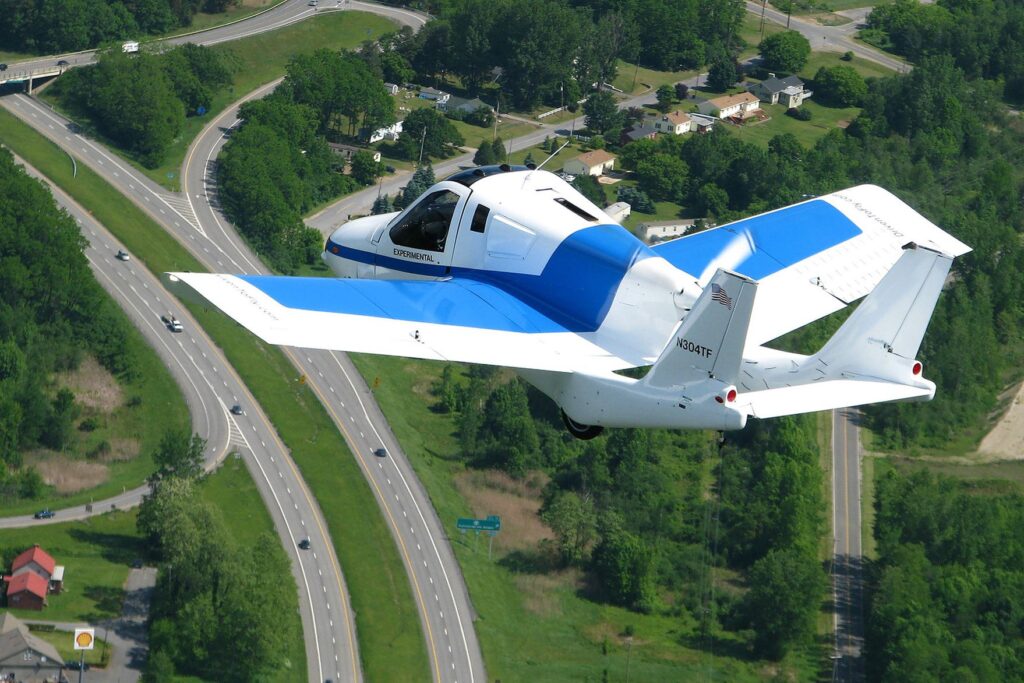 As of this writing, Terrafugia has prioritized certification of a flight-only model, with certification for road operations coming later this year or next.

“We chose to finalize and certify the flight side first because, in the early days of Terrafugia, some potential customers expressed interest in a flight-only version,” said Fred Bedard, Terrafugia’s manager of business development. “They wanted something that could fit in their garage that contained many of the benefits of Terrafugia bringing automotive-style safety into a general aviation vehicle, but they did not necessarily need the vehicle to be able to drive on public roads. Thus, we reasoned that the ability to produce a few intermediate products along the way to a full fly-and-drive version would also help our business mature. Unsurprisingly, no one expressed interest in a vehicle with wings that could not fly, so finalizing the ground drive side first did not make any sense.”

Transition’s flight only model is capable of folding its wings and can fit in the space of a single-car garage. The vehicle also offers advanced safety features including a parachute and a rigid carbon fiber safety cage.

In late 2017, Geely acquired Terrafugia as it eyed an entry into the aviation space, and the company became a member of the Geely Technology Group which also includes sister companies Volvo Cars, Lotus Cars, and CEVT. Terrafugia’s US headquarters has remained in Woburn, Massachusetts.

Why it matters: The certification of Terrafugia’s Transition model marks a critical program milestone towards making aerial mobility a reality. In receiving FAA LSA category certification, Terrafugia has been able to prove the reliability and safety of its Transition product. The company plans to continue moving towards entry to service with first deliveries next year.