Kilowatt is currently selling its “EcoMax” helicopters with a traditional power plant and a guarantee to retrofit the rotorcraft with an Electric Power Unit (EPU) at no charge once it has been awarded its Supplemental Type Certificate (“STC”).

Eco Helicopters is working with Kilowatt Aviation to bring what it calls the “EcoMax”, an electrified version of the ubiquitous Robinson R44 light helicopter, to the market. Kilowatt’s goal with the EcoMax is to merge operational aspects of traditional helicopter air taxi services with the on-demand surface transport model pioneered by Uber and others. The company has also managed to match the performance of the conventional R44, while decreasing its noise-inducing vibrations and potentially extending its airframe/drivetrain fatigue-life.

The timeline for Kilowatt to obtain a type certification for the electrified R44 could be as short as 18 months given the relatively simple procedure of swapping the powerplant. In the meantime, and potentially starting in 2021, Eco Helicopters would operate the conventional R44 on routes around the LA area, to and from heliports and airports, as current charter helicopter services do. the operator is already a Part-135 FAA-approved passenger service provider (since 2007) and would work inside the current regulatory and commercial landscape. In doing so, it could be the first eVTOL provider to market with a largely familiar and proven business model.

Kilowatt originally began the electrification of the R44 to quickly transport organs for transplant that are being developed by United Therapeutics subsidiary Lung Biotechnology. However, United Therapeutics CEO Martine Rothblatt has seemingly redirected her focus and has made substantial investments in startup Beta Technologies, the Vermont-based developer of the Alia-250 eVTOL air taxi. 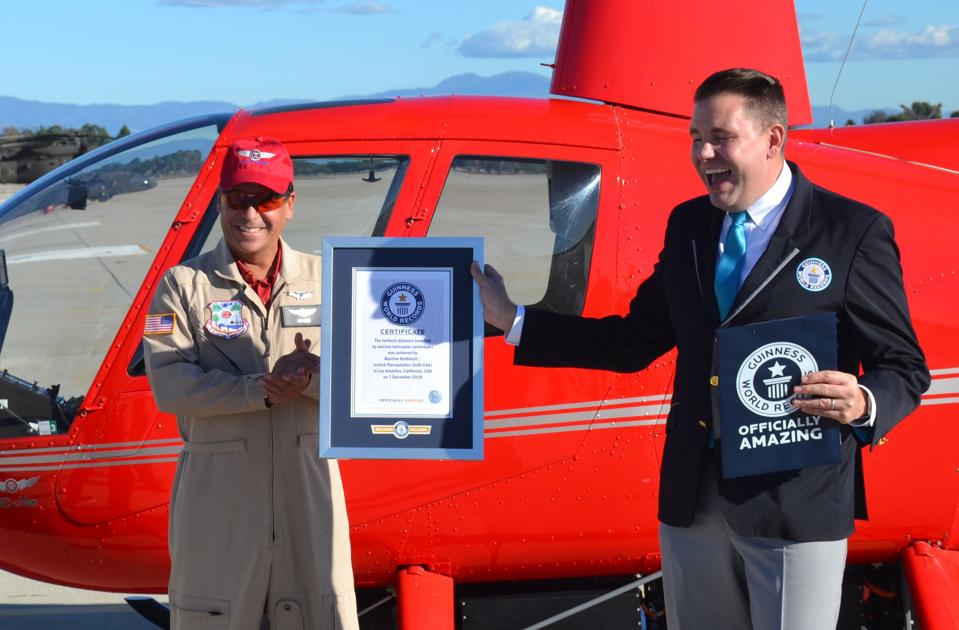 Why it’s important: The approach by Eco Helicopters represents the most direct-to-market strategy for on demand eVTOL flight. Although more complicated aircraft designs will have their advantages, they may takes decades to fully develop and certify. In the meantime, by simply swapping out the power plant on an existing aircraft, Eco Helicopters and Kilowatt Aviation may make themselves one of the first eVTOL service providers in the world. Other companies including BLADE Urban Air Mobility and Skyryse have had recent success with similar strategies, by applying proven and certified helicopters to the new aerial mobility business model of short point-to-point urban flights.