With a different kind of air response multicopter, Atlanta-based drone manufacturer Sonin Hybrid has unveiled a UAV (unmanned aerial vehicle) designed to be used by medical first responders. While many eVTOL companies have been announcing manned aircraft that can act as medical emergency response vehicles, Sonin-Hybrids UAV represents one of the first non-manned solutions, which has its own set of advantages. 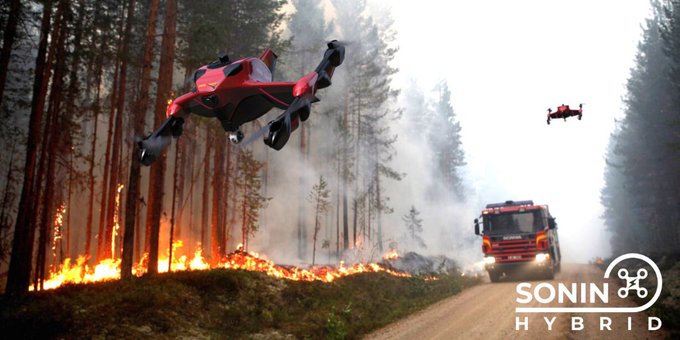 “Well before the onset of the pandemic, we decided that police and firefighters needed this technology the most, and immediately set out to build the Recruit.” – Curtis Foster, Founder of Sonin Hybrid

Sonin Hybrid’s ‘Recruit’ can fly for more than three hours, and can reach speeds up to 140 miles per hour, 3 times faster than most commercial drones currently available. There are already smaller drones in use by police, firefighters, and government officials, but these are limited by their slower speeds and smaller battery capacities. A vehicle like the Recruit could make longer range missions possible.

Unlike its smaller cousins, the Recruit makes extended missions possible by using a patent-pending hybrid system that uses both a small gasoline-powered generator and a large lithium-ion battery. Sonin Hybrid also credits the aircraft’s extended range capabilities to its ultra-leightweight carbon fiber body. Said Curtis Foster, Founder of Sonin Hybrid, “While we were in the process of finalizing the design of our hybrid power system for drones, we realized that we could get the most range by designing our own airframe. There were plenty of commercial drones out there, but very few were specifically manufactured for first responders.” 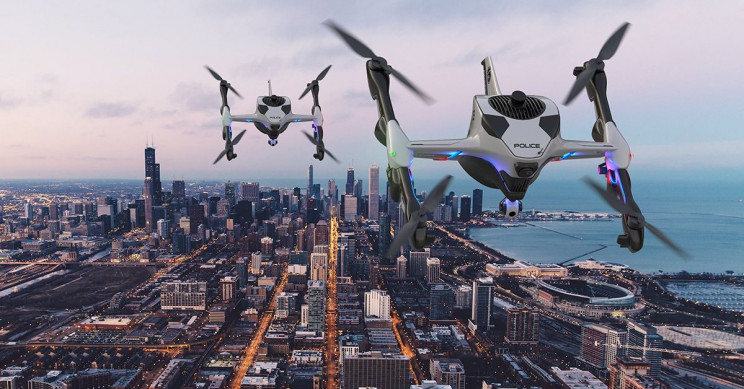 Sonin-Hybrid’s UAV can also be used for long-range police missions.

Currently, the company is in the process of launching beta programs with several police and fire departments across the U.S.

Why it’s important: Sonin-Hybrid’s UAV represents a unique market segment in aerial mobility. It is one of the only unmanned aircraft on the market that features a hybrid power system, meaning that, although larger than many battery-powered drones, this aircraft can stay aloft for hours at a time. When combined with powerful cameras, this technology could make an immense difference when saving lives during natural disasters or medical emergencies, and could also be used for surveying, security, and a wide range of other applications.