Skyworks Global, a company that has been investing in creating VTOL flight technologies for several years, has released their concept for a small-scale gyrodyne; an efficient and compact aircraft that can act as an air taxi. 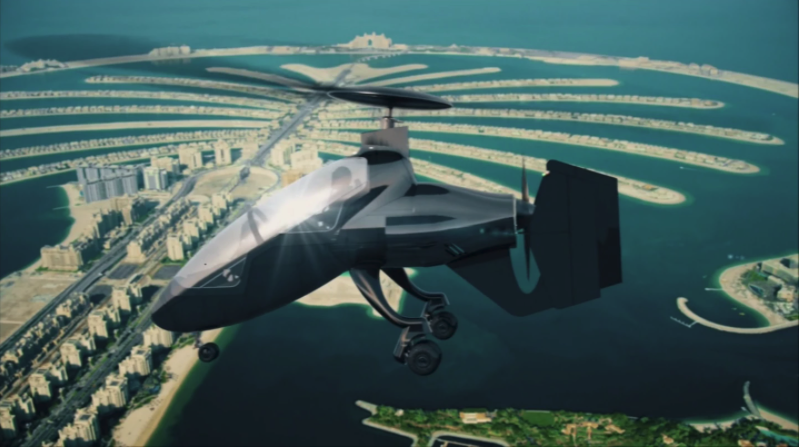 Unlike mainstream eVTOL or even helicopters, the Skyworks concept is unique in that its main top rotor is unpowered. Gryodynes work through a combination of this unpowered lift rotor and a powered forward thrust rotor positioned at the rear – when forward thrust is applied, the free-sitting top rotor begins to spin, which develops enough lift to carry the aircraft into forward flight. While this means a gyrodyne is not a true VTOL (it needs just a very small amount of runway to take off), they can be far more efficient than VTOL and recover more smoothly in the event of an emergency, as auto-rotation is possible. 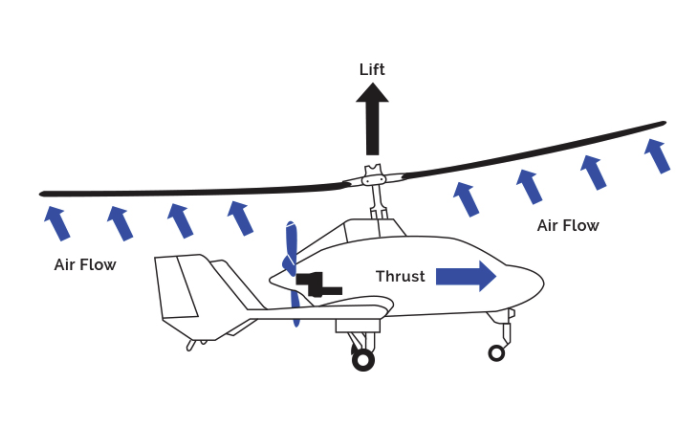 Skyworks has been developing larger VTOL concepts for many years now, whereas this aircraft represents its first smaller-scale gyrodyne. Global Skyworks is also the creator of the Skyworks Verti-Jet: a gyro-plane that uses jet-powered thrust along with its gryo-rotor. Skyworks intends to position both the small-scale gyrodyne and vertijet for use in passenger transportation, as well as border security and military operations.

The company also developed the Hawk 4 four-seater, which flew some 67 missions doing perimeter patrols around Salt Lake City International Airport during the 2002 Winter Olympics, and the Sparrowhawk kit gyro, which was spun off as a separate business in American Autogyro.

Why it’s important: Skyworks’ gryordyne concept represents a broadening of the full range of air taxi vehicle possibilities. While the industry was sparked by the concept of multi-rotor IDEP (independent distributed electric propulsion) as seen in drones, concepts like Skyworks’ could certainly work well in urban settings too, and even have some advantages over other eVTOL concepts. Like Skyworks, Jaunt Air Mobility also uses slowed-rotor lift concepts, and has partnered with Uber Elevate as well as potential air taxi operators abroad.