SkyDrive is developing the cargo drone for use in industries that carry heavy materials on complex terrain such as slopes, mountain valleys, overpasses, power transmission towers, civil engineering/construction sites, agricultural fields, etc. Usage of cargo drones will help avoid dangerous works, save personnel and shorten the term of works. In realizing its goals, SkyDrive can contribute to responding to labor shortages and improving Japan’s labor productivity sagging due to its declining population. 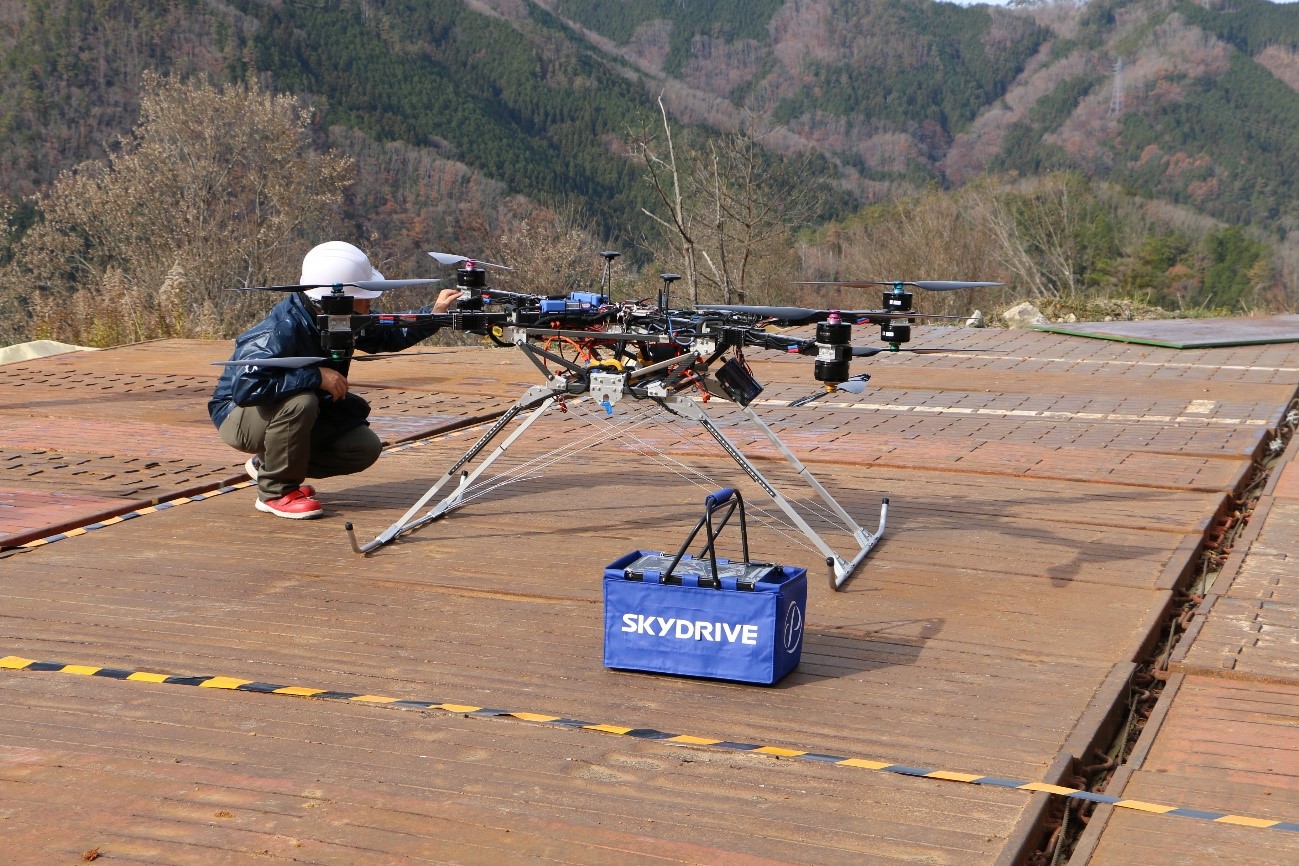 SkyDrive Chief Executive Tomohiro Fukuzawa said: “We are delighted to successfully test this world-leading technology. Our cargo drone has proven to deliver by safely lifting loads of up to 20kg in a mountainous area — saving time and money. “We look forward to expanding on this success by testing heavier loads for customers in the future. Our quest is to create cutting-edge technology that will improve the productivity of businesses across the world — and today we celebrate a key milestone in making that happen.”

The company has also announced plans to develop a flying car and begin mass production by 2026.

Why it matters: SkyDrive is joining a crowded commercial drone space in the UAS industry, however, its funding and technological expertise position it to succeed among the competition. With the completion of the company’s initial test flights, the technical specifications have been demonstrated. Further, the research and development of their drone will trickle down into its flying car aspirations.