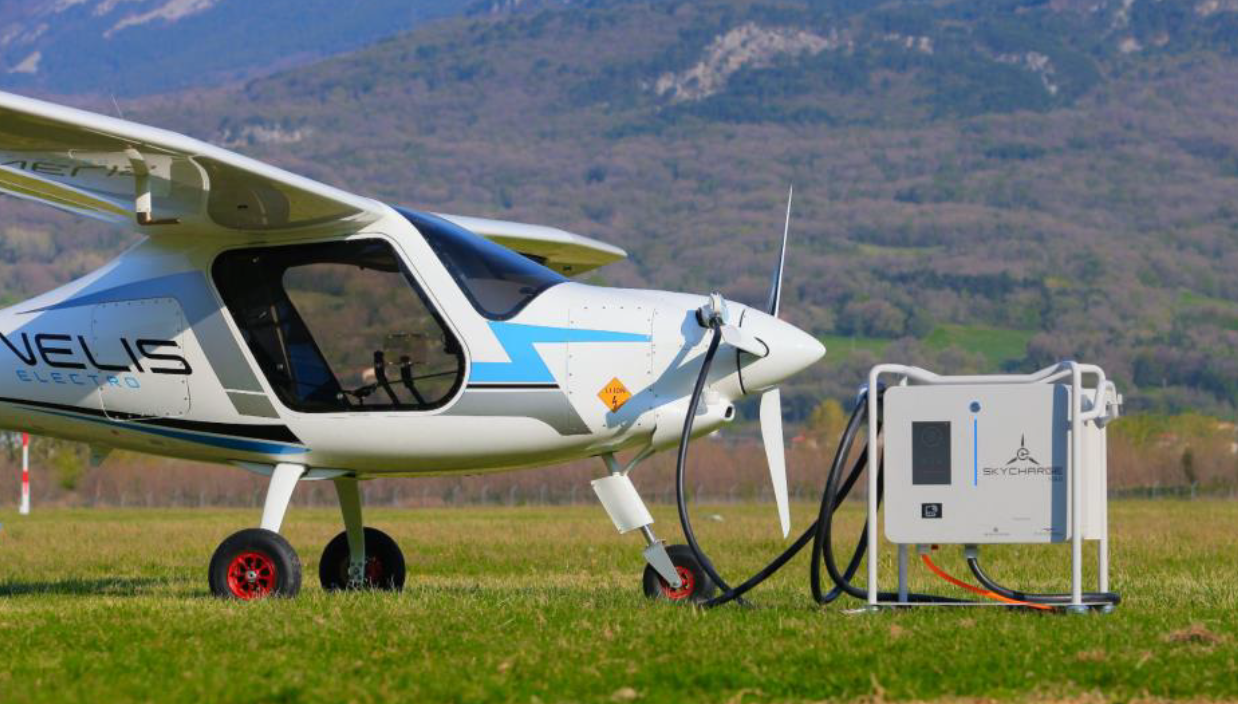 Pipistrel and Green Motion officially began their partnership last year, when they announced that they would collaborate to create a charging system infrastructure for electric aircraft. At the time, they explained that their new charging endeavor would create a “universal, future-proof, environmentally friendly, ‘turnkey’” charging technology for electric airplanes, in accordance with local regulations.

Now, the the two companies have continued to make good on their commitment by becoming the world’s first OEM independent company to make an aircraft charger that is approved by EASA. The Skycharge unit is built on Eaton’s proprietary DC charging technology, bringing unrivalled conversion efficiency (higher than 96%), footprint, and power density charging infrastructure to electric planes and eventually eVTOL aircraft. The charger is available either as a fixed version on a stand or with wheels for mobility. The mobile version can charge both electric planes as well as electric cars using various adapters. The unit can even be easily be connected to existing CEE sockets, reducing installation costs and complications.

François Randin, Founder and CEO of Green Motion, which is now part of Eaton, said: “Skycharge is the result of the partnership between Pipistrel and Green Motion – two companies with revolutionary ideas and cutting-edge solutions. By putting our world-class engineering teams together to shape and define the future of electric planes, we seek to deliver the best flying experience and significantly reduce the cost of flying, as well as air and noise pollution.”

Why it Matters: Skycharge’s Electric airplane charger solution has exciting potential for all electric vehicles of the future, both aerial and ground-based. Unlike many existing electric vehicle chargers, the Skycharge unit can be mobile, and is adaptable to any CEE socket, meaning its infrastructure is flexible to be reconfigured or put in nearly any location as necessary. In addition, the unit is designed to be able to charge both multiple types of electric aircraft (including eVTOLs) as well as electric ground vehicles. The universal compatibility of the Sky Charge unit may enable a future where eVTOL vertiports can also serve as charging units for electric ground vehicles, furthering the seamless world of combined electric aerial and ground mobility that many eVTOL companies, like Joby, envision.