Russian startup Flyter has taken the next important step in testing the design of its 2-seater PAC 720-200. 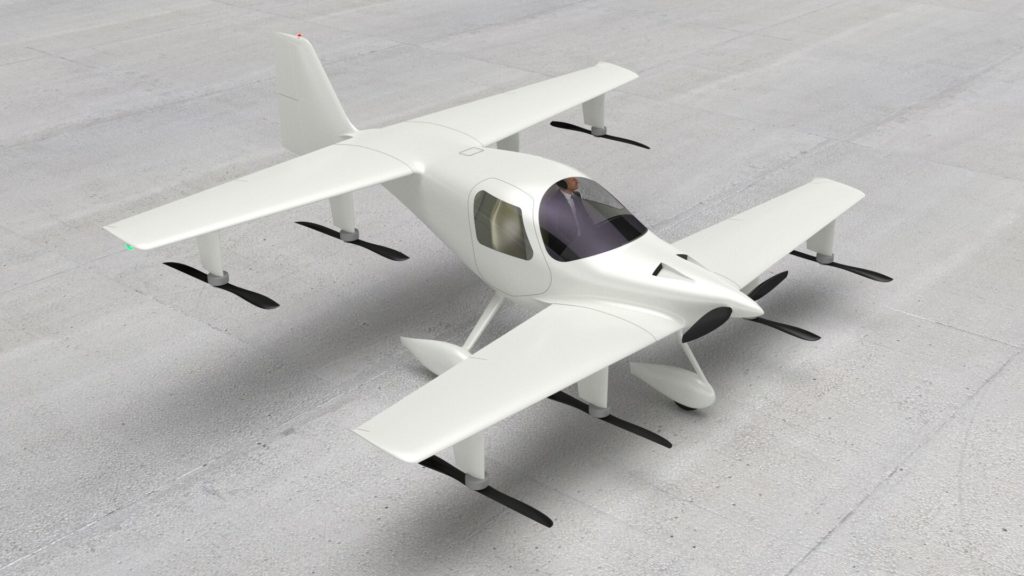 Flyter has been around since February 2018. Since then, it unveiled its concept for the PAC 720-200, a two-seater VTOL aircraft that flies like a small plane but can take off like a helicopter. Flyter’s goal is to make an aircraft that can both use airports as well as access more remote locations.

The Flyter 720-200 features a total of eight downward-facing lift propellors. Flyter states that although the it would have liked to use only four props, efficiency and thrust requirements led to the four-prop design.

Watch the company’s full description of the flight test below:

Flyter is also one of the only eVTOL developers in Russia, and is proceeding with testing on schedule. The company begun taking investors in April of this year. Rather than targeting an urban air taxi market, Flyter’s strategy is to provide a vehicle that can access remote locations of Russia. The company will make both a passenger and autonomous cargo version of the PAC 720-200, and intends to use hybrid power for maximum range.

Why it’s important: Since Flyter is one of the only eVTOL developers in Russia, it has a good chance of being first to capture VTOL flight demand there. Through its latest round successful of testing, Flyter sets a precedent for future progress, securing itself as a technology leader in Russia. Flyter’s next steps will involve continuous testing and eventual prototyping and certification.