Renault, one one the largest auto manufacturers in Europe, has announced a concept for its own electric air taxi, the AIR4.

Renault’s AIR4 looks noticeably more like an automobile than other multicopter air taxi concepts. According to the Renault team, the vehicle was inspired by the Renault 4, one of Renaults classic automobile body styles. This choice was likely meant to demonstrate Renault’s vision to take its expertise on the ground and translate them into the air. This year marks the 60th anniversary of the Renault 4.

The AIR4 is made up fully of carbon fiber and features four propellor arms each with two propellers. According to Renault, the vehicle is able to reach a cruising speed of about 93km/h, at heights up to 700 meters, all powered by 22,000 mAh lithium polymer batteries. These speeds and heights would be plenty to overcome urban congestion, as other air taxi makers like Volocopter have asserted. 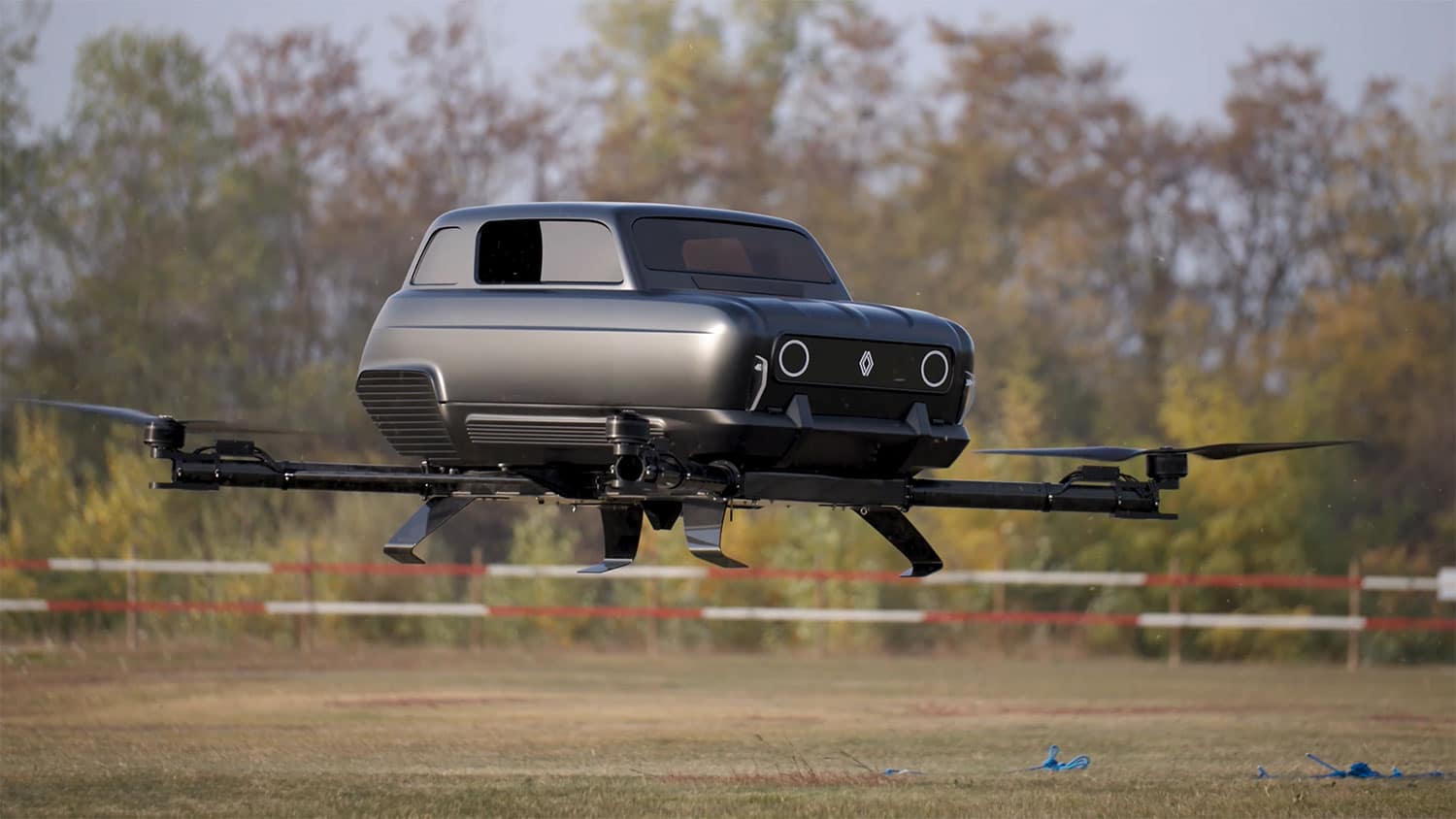 The AIR4 has already taken to the air in demonstration flights. With many auto companies in the U.S only releasing renderings of their future aircraft, this choice makes Renault’s commitment to aerial mobility stand out even more prominently. Starting in 2022, AIR4 will start demonstration flights all over the world, including in the U.S in Miami, New York, and Macau.

Patrice Meigna, CEO and Founder at TheArsenale, a design and engineering firm which partnered with Renault for the vehicle, said: “After 25 years of forward-looking research, we believe that the icons of car culture are eternal, whether on earth or in the air. For 60 years, Renault 4 has been driven by ordinary people who make it extraordinary.”

Said a statement from Renault,””AIR4 is a symbol of independence and freedom, born out of the realization that traffic is compounding, lives are grinding to a halt, and the world above us is unhampered.”

Watch the original demonstration flight below:

Why it’s important: Although the AIR4 itself may only be a symbol of Renault’s vision for the future, this action on Renault’s part signals its commitment to the future of transportation as being in the air. Many auto manufacturers the world over, such as South Korean auto giant Hyundai, have already begun establishing their concepts for near-term air vehicles. With the debut of the AIR4, we may soon expect a similar announcement from Renault, as well as other European auto manufacturers.