PteroDynamics is currently developing an eVTOL aircraft design based on a very unique concept. Called the Transwing eVTOL, PteroDynamics’ aircraft incorporates a patented folding wing design, where propellers on propulsion pods are distributed down a set of wings that can fold back on dihedral pivot points along the wing. The folding mechanism is controlled by control rods attached to actuators on the main body, and when the wings are completely folded, the props point upward, in a similar configuration to a basic multicopter design. Compared to a tilt-rotor design, where the cabin must “tilt” in order to travel horizontally, the Transwing design is described as “aerodynamically benign”, meaning that there is no loss of control at any stage of the wing’s transition from folded to extended. 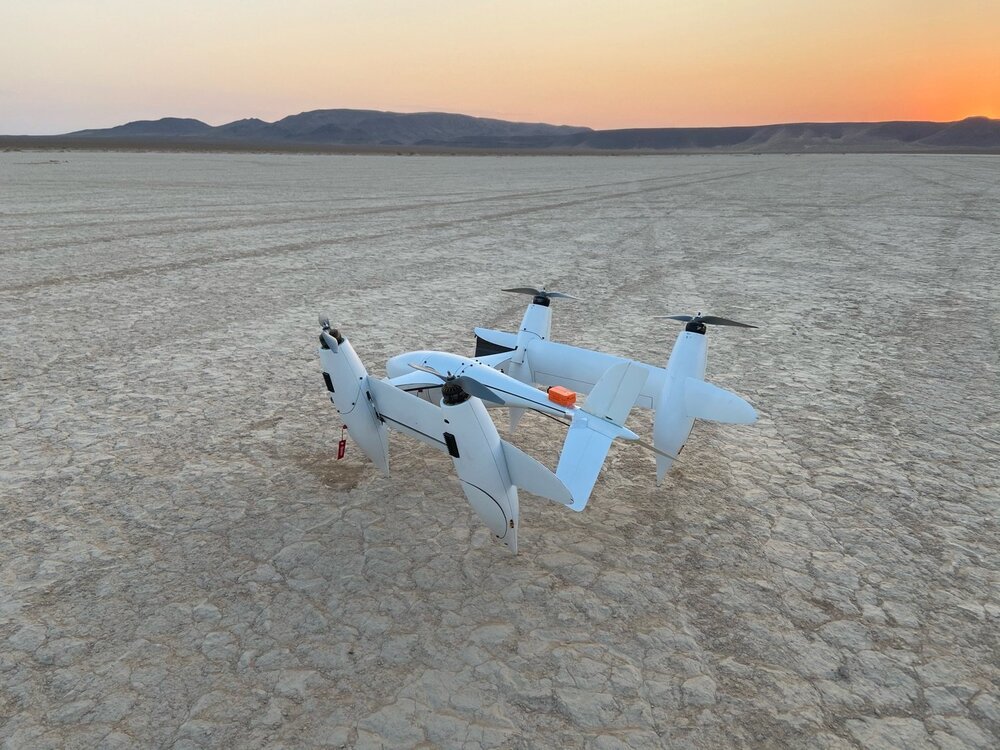 This design potentially allows for both the compact size of a standard tilt-rotor eVTOL, but the efficiency and control from a fixed wing aircraft with a broad wingspan, meaning the Transwing could have all the advantages of most standard compact eVTOL designs as well as the larger, fixed-wing designs with few to none of the drawbacks from either. According to PteroDynamics, “Transwing aircraft have much greater range, endurance, and cargo carrying efficiency as compared to all other VTOL designs.” And “given any aircraft footprint size and payload requirements, Transwing aircraft will fly several times as far as any VTOL competitor.” 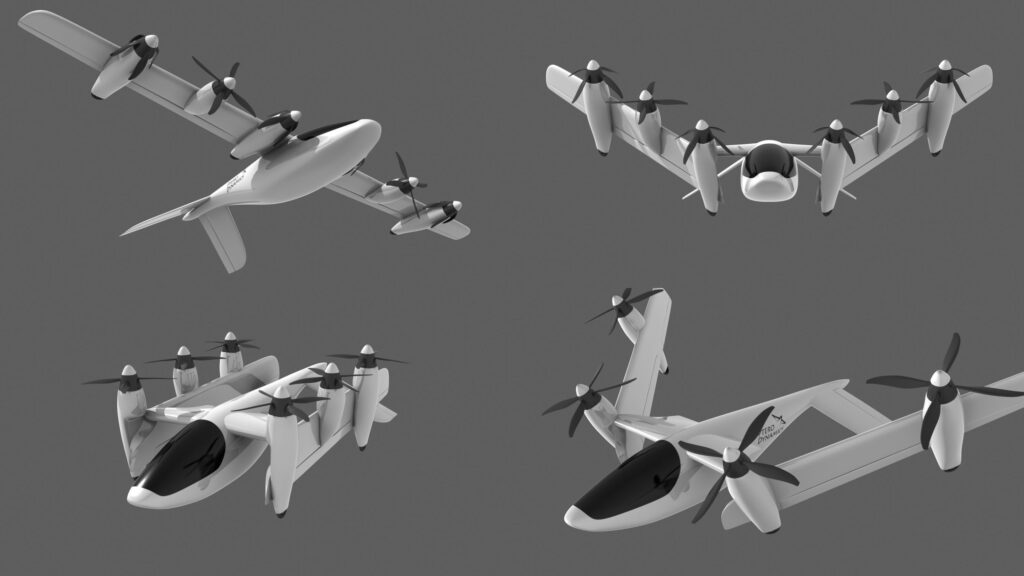 A depiction of how the aircraft transitions between folded and extended wings. Photograph: PteroDynamics

So far, PteroDynamics has developed and tested prototype Transwings with 4.2-ft, 6.6-ft and 12.3-ft (1.3, 2 and 3.5-m) wingspans. As the Transwing is still in development, it remains unclear as to how well the pivot points on the wings can be refined, which will be critical for the success of the aircraft. As for the company’s plans, so far PteroDynamics plans to offer licenses for its patented technology as well as manufacturing and flight services as well, where the Transwing would be used for small-scale cargo transportation, military applications, as well as passenger transportation. According to a statement to FutureFlight, PteroDynamics will soon be establishing a 9,200 sq. ft. engineering facility in Colorado for the purpose of furthering R&D operations, and could soon sign off on a deal that would have the Transwing paired with an experimental license within 12 months.

Why it’s important: PteroDynamics’ Transwing is an ambitious design that seeks to take advantage of the efficiency and stability of a fixed-wing design while negating the disadvantages, mainly the overall size from the wingspan and maneuverability. Such a design will have its own drawbacks in both development and lifespan, where PteroDynamics ambitious goals will require a more complex design than many of their competitors, increasing the difficulty in both development and maintenance. However, a successful implementation could lead PteroDynamics to overtake their competitors as well as the industry as a whole.