Airflow, the developer of a new eSTOL (electric short take-off and landing) aircraft, has received a new investor and partner in Plug Power, a leading provider of hydrogen engines and fueling solutions enabling hydrogen-powered vehicles. 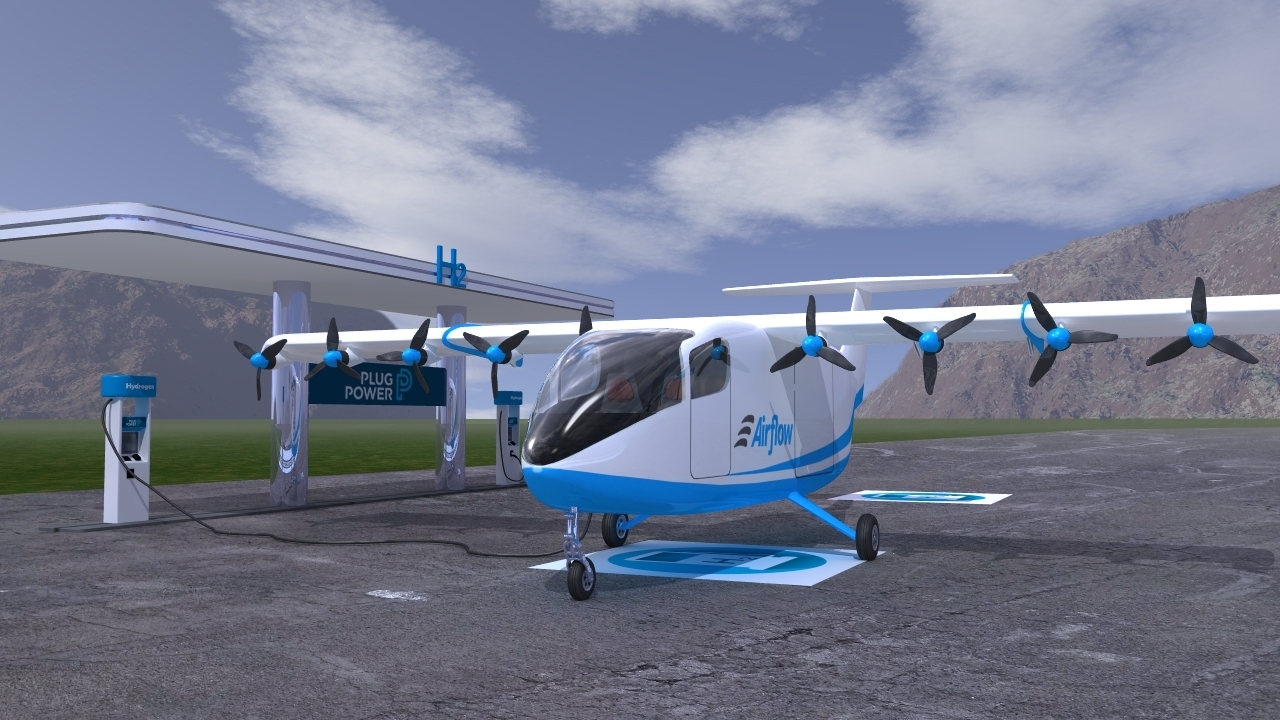 Airflow is a steadily rising player in the world of eSTOL, which will serve regional mobility purposes such as middle mile transport of both goods and passengers. Airflow’s aircraft in particular will be able to take-off and land within 150 feet, making it excellent for e-commerce distribution as it could even be able to land on some rooftops, and for passenger transportation between major hubs. Notably, Airflow was co-founded by former members of the Airbus Vahana project, and has already received a pre-order for 50 eSTOL aircraft from Alaskan Airline Ravn among several others for a total of $500 million in LOIs (letters of intent), even from major airlines.

Now, Airflow has taken another step in its path to full operations by partnering with and receiving investment from Plug Power, a company dedicated to providing hydrogen fuel cell engines and fueling solutions for both hydrogen-powered vehicles, and now, aircraft. Although Airflow’s eSTOL was originally designed as an all-electric battery powered aircraft, the company is now also working with Plug Power to develop hydrogen-powered version of the aircraft as well. Said Marc Ausman, Co-Founder of Airflow, “Plug Power is a welcome and natural partner in the clean aviation movement. Not only can they produce and supply affordable green hydrogen at scale, but they are at the forefront of supporting the experienced aerospace companies tackling the variety of missions and aircraft classes required to ensure our industry quickly improves its carbon footprint. ”

Ausman added, “We see hydrogen fuel cell technology as a key thrust of our next generation power systems, which along with Sustainable Aviation Fuel-based hybrid systems and advanced battery systems, allow us to provide flexibility to our customers to deliver an aircraft that best meets their individual mission needs and sustainability goals.” 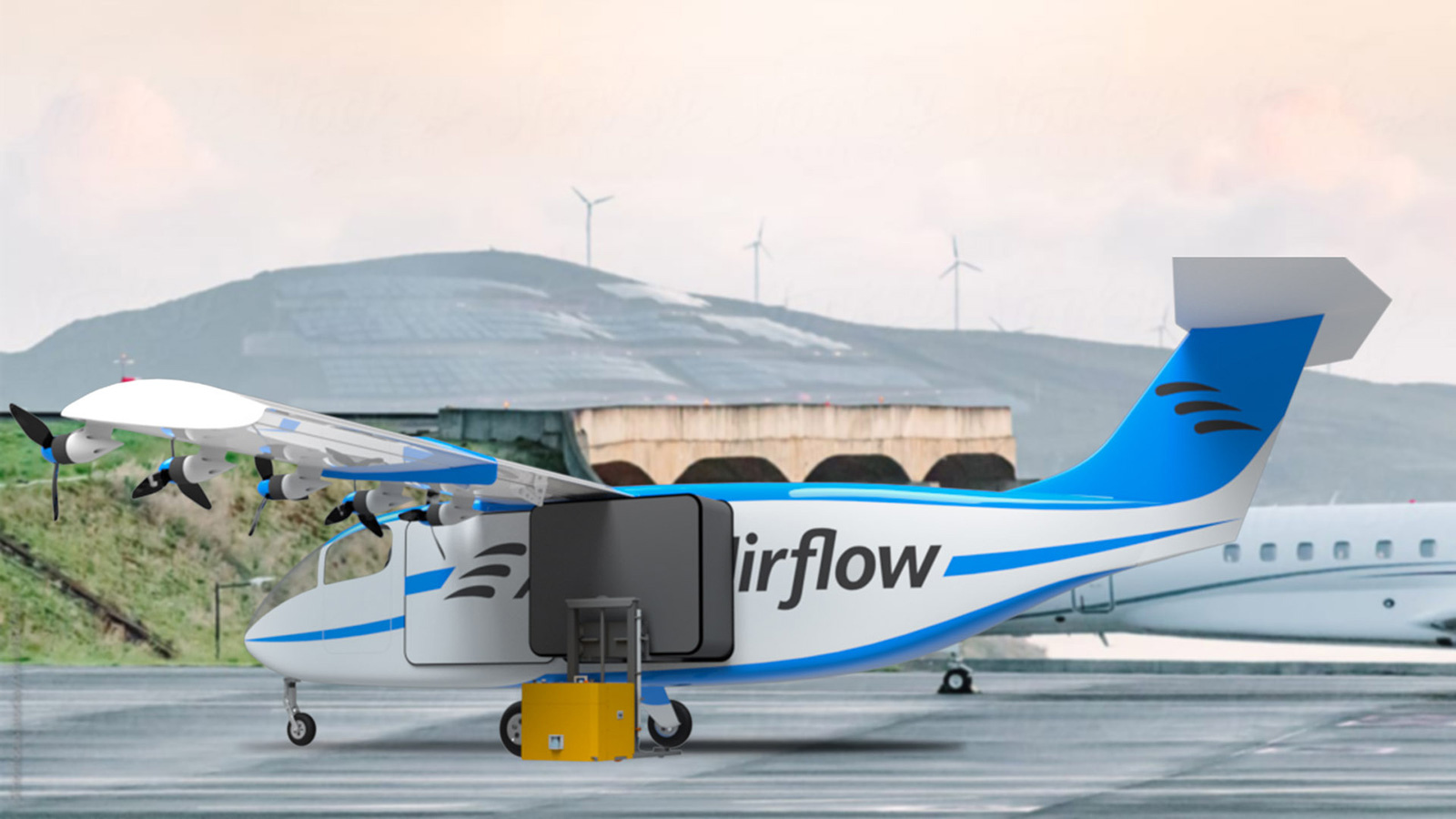 A cargo version of Aifrlow’s eSTOL being unloaded.

Plug Power has already been the maker of many successful hydrogen powered systems for several years. According to a recent press release by the two companies, they will work together to adapt Plug Power’s ProGen-based hydrogen fuel cell stack specifically for aerospace applications. In Airflow’s case, this technology could extend the Airflow eSTO’Ls range to up to 500 miles with a cargo-carrying capacity of 2000 lbs.

Said Plug Power CEO Andy Marsh, “Over the last several years we’ve been increasing our commitment to the aerospace market … we know that ensuring our ProGen solutions meet the ultralightweight and rigorous certification requirements of aviation is essential to our ownership of this opportunity. In order to establish a complete ecosystem for the aviation market and enable a global transportation system powered by green hydrogen, it’s essential that we work with players across aircraft classes who deeply understand the unique applicability of hydrogen in an industry as weight-sensitive as aviation. We see the development and certification of a system for Airflow’s Part 23 aircraft as an ideal entry point into the aerospace market that enables expansion into larger aircraft programs.”

Why it’s important: Although Airflow’s eSTOL originally launched as an all-electric aircraft, the flexible design of its electric power train will allow Airflow to add a hydrogen-powered version of the aircraft to its offerings. In some mission profiles, such as those of a shorter distance, an all-electric solution might make more sense, whereas for longer, regional missions, being able to carry larger weights over greater distances may enable the highest energy efficiency. By creating both types of aircraft, Airflow will be able to serve an even broader market, especially since it has chosen an already-successful hydrogen engine maker and fuel supplier as its main partner.