Pipistrel’s electric airplane, the Velis Electro, will soon take flight as it prepares for its 700 km trip from Zurich to the North Sea island, Norderney, after obtaining type certification from the EASA. The Velis will fly a total of 700 km (435 miles) across Germany, and will look to break or match seven world records along the way.

The Velis Electro is an all-electric 2-seater trainer aircraft, and is the upgrade over Pipistrel’s previous Alpha Electro aircraft. The plane possesses a top speed of 181 km/h (112 mph) and a service ceiling of 3,660 m (12,000 ft). As for its power capabilities, the Velis Electro runs on a 60 kW liquid-cooled electric motor running on a 345 VDC electrical system as well as two redundant parallel batteries providing a total of 24.8 kWh of energy, which serve to give the Velis a max range at around 100 km (62 miles), meaning that the airplane will need to recharge a minimum of six times during the trip. A normal recharge of the batteries (from 35% to 95%) takes around 1 hour and 20 minutes. A full recharge (30-100%) takes up to 2 hours. 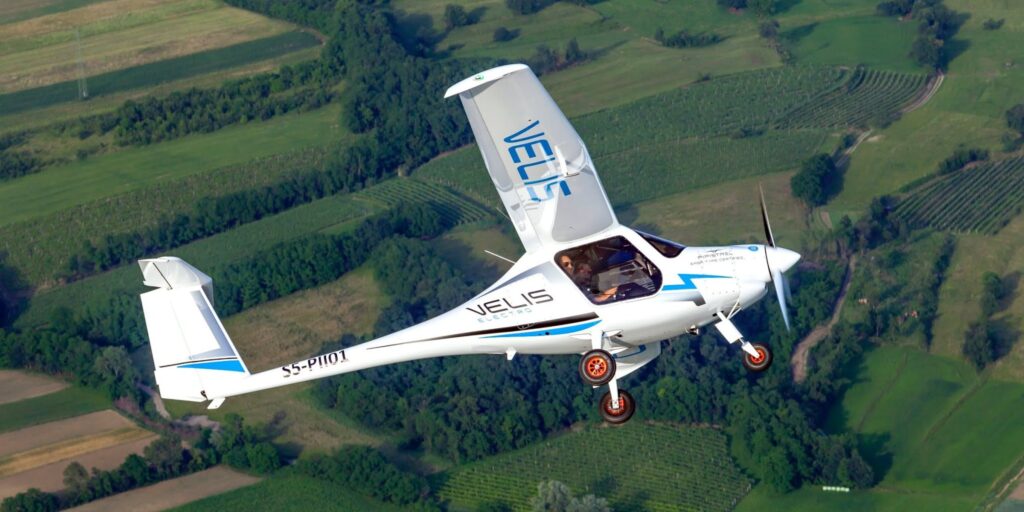 Pipistrel’s team hopes to break the following records during the flight from Zurich to Norderney:

According to team member Marco Bulhozer, “Flying with kerosene is extremely harmful to the climate. Aviation currently accounts for around five percent of the global warming, and the trend is increasing. The emissions at high altitude are a particular problem that arise from air traffic. We want to show that there are alternatives, even if we don’t manage the whole route in one go, CO₂-neutral flying is already possible today! Most small planes fly distances shorter than 200 kilometers anyway, and you could do that electrically.” 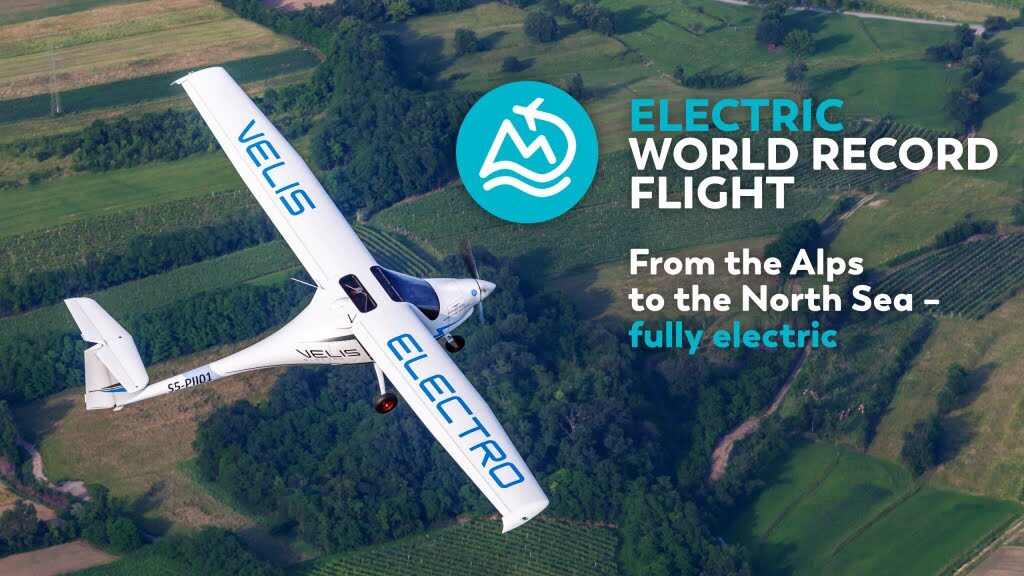 Why it’s important: Electric flight is constantly improving, as both demand and innovation continue to head towards environmentally friendly methods of energy. Especially for aerial mobility, where providing transportation that is quick and environmentally friendly is one of its biggest draws,the Velis Electro’s flight can publicly demonstrate that there are alternatives methods of travel such as CO₂-neutral flying and how far electric technology has developed so far.