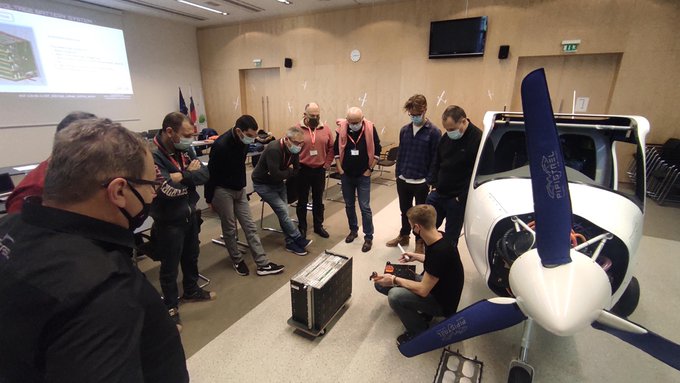 Pipistrel has been creating electric aircraft for several years already. In fact, they are a market leader for electric aircraft, having already broken world records for distance and performance. In addition to producing all-electric trainer and recreational aircraft, the company has certified its aviation electric motor, worked on developing electric aviation charging infrastructure, partnered with Uber Elevate for its air taxi project, and even begun taking orders for its Nuuva V300 cargo eVTOL.

Now, Pipistrel has further extended its reach into the electric aviation industry by founding the world’s first school for electric aircraft maintenance. The course is five days long, and designed for traditional aircraft mechanics who wish to expand their expertise. Pipistrel’s goal with this program is to train technicians who can then bring their knowledge to other parts of the world where electric aircraft like the Pipistrel Velis Electro and electric VTOL aircraft may soon become more common.

Students in Pipistrel’s new program learn to work on an electric motor.

Pipistrel said in a press release, “Organizing a seminar of this kind is a great achievement and honor for Pipistrel. The road to this point was very long and required cooperation of many individuals and institutions.” The company has already conducted two courses with a third slated for February.

Why it’s important: As electric aircraft become more prevalent, and the age of urban eVTOL aircraft begins to emerge, experts in maintaining and repairing electric air vehicles and their components will become increasingly valuable and sought after. By launching this school now, Pipistrel will put itself ahead of the game for providing electric aircraft maintenance expertise and training.