Thomas Senkel, one of the original founders of the company that eventually became Volocopter, has now unveiled his own eVTOL concept that features a tandem fixed-wing design for optimized efficiency. 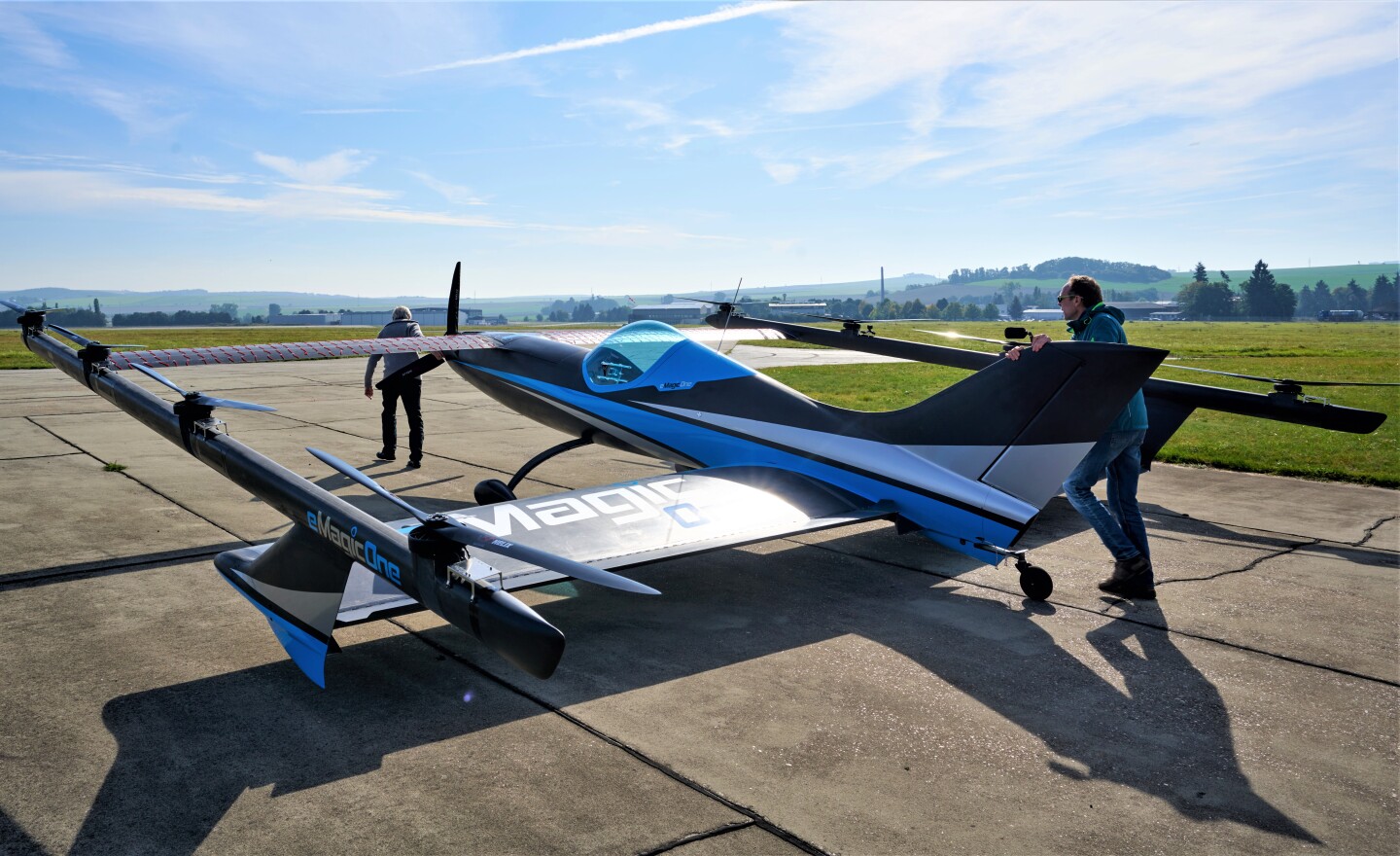 In 2011, Thomas Senkel became one of the world’s first people to take flight aboard a prototype multi-copter. That original prototype was made up of of sixteen rotors that held up a yoga ball which acted as a seat for the single passenger aircraft. At the time, the group of people responsible for creating the prototype formed the company ‘e-Volo’, which eventually changed its name to Volocopter. Volocopter is now one of the world’s top eVTOL air taxi creators, having made partnerships all over the world, received production approval from EASA, and raised over $200 million in startup funding.

IN 2016, Senkel chose to part from Volocopter, explaining that although he believed in the company’s air taxi vision, he wanted to create a vehicle with increased flight efficiency and greater range capabilities. He most recently said, “”I’ve always been unhappy with pure multicopters, because they are so inefficient. There must be a better way: combining an efficient aircraft with VTOL props leads to five times more range and endurance.” 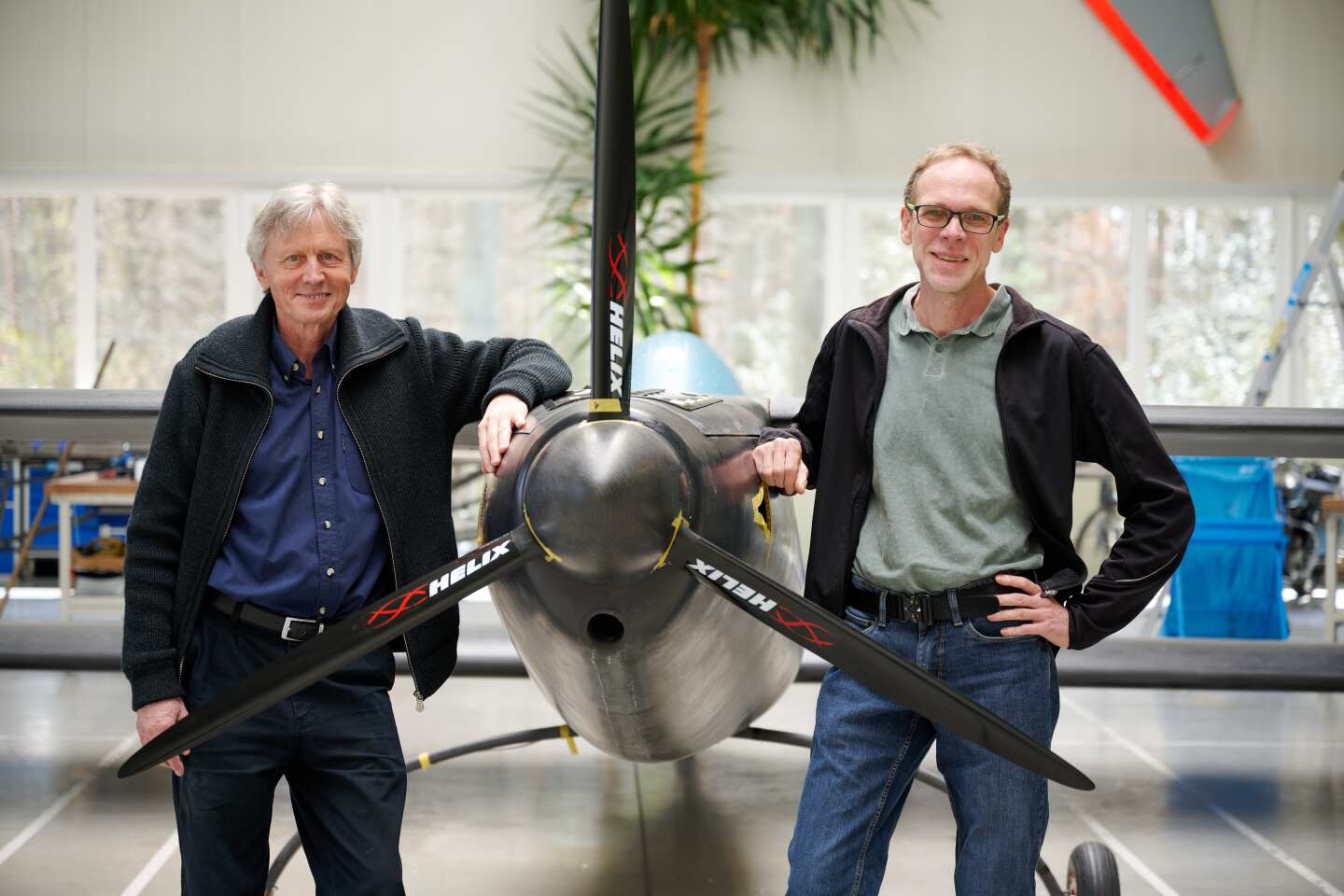 eMagic, the new company founded by Senkel and partner Michael Kügelgen, have created an aircraft that has a range of about 120 miles with a 90mph cruise speed. Volocopter original aircraft, the Volocopter 2X, had an intra-city range of only about 20 miles. The eMagic aircraft features a total 9 propellers; 8 lift-providing propellers fitted onto cross-bars, and one larger ‘puller’ propeller at nose of the aircraft. The prototype has already been iterated several times, and has even undergone several successful manned test flights, having been flown by Senkel himself.

Senkel mentioned, “The tandem wing configuration gives excellent flight characteristics. It’s impossible to stall it. It softly goes into a higher sink rate when the stick is pulled, but it remains controllable all the time. This behavior is very useful for transition between flight modes.”

It’s worth mentioning that in May of 2021, Volocopter itself unveiled a higher-range, higher efficiency fixed wing aircraft called the Voloconnect, which will be capable of achieving up to about 60 miles of range. This aircraft will not replace its original shorter range aircraft, but will add to Volocopter’s aircraft family for longer-distance applicatications.

Why it’s important: Thomas Senkel’s unveiling of the e-magic aircraft further proves out the diversity of the eVTOL air taxi market. While shorter range, intra-city products like Volocopter’s Volocity have a wide range of key applications especially within dense urban areas, there will also be great demand for longer range aircraft that are designed for more medium range ‘middle-mile’ transport applications. While both approaches are certain to have success in different market segments, eMagic’s new eVTOL represents a new kind of aircraft design the will further push forward the capabilities of this new generation of aircraft.