Silicon Valley-based NFT has announced Aska, its eVTOL prototype and the first of its kind suited for owner-operators. The prototype is also one of the first aerial mobility vehicles which plans to be street legal in addition to its flight capabilities. 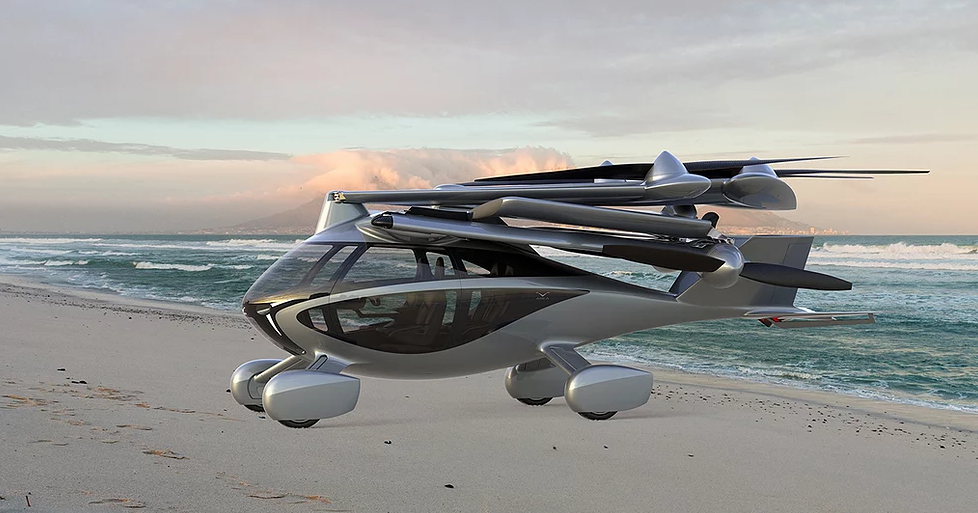 The Aska will have four seats, with a range of 250 miles at speeds up to 150 mph. It is semi-autonomous, and will require a licensed pilot to operate, although NFT has announced plans to include pilot training for early customers. Full scale demonstration flights are fast approaching in 2022 where NFT hopes to fly Aska as part of NASA’s Advanced Air Mobility National Campaign alongside Boeing, Bell, and others.

“We have focused significantly on Aska’s safety elements, which include dual energy sources, large wings, large propellers, and 6 packs of batteries to ensure Aska is as safe in the air as it is on the ground. We anticipate that flying cars that are accessible to the general public will be as instrumental in re-defining how and where we live as the original automobile was to the foundation of our country’s highway and road systems.” said Guy Kaplinsky, Co-founder & CEO, NFT. “To build a better society and a better economy, we need better transportation solutions, and flying cars will be a part of that equation,” said Maki Kaplinsky, Co-founder & Chair/COO, NFT.

The first 1,500 serial Aska eVTOL aircraft will be a Signature Model priced at $789,000. The price tag includes pilot training and a customized interior and exterior. NFT CEO Guy Kaplinsky says later units will sell for $589,000 and eventually $359,000. Taking after Tesla’s pricing strategy, initial buyers will pay a premium due to low production volumes. As time progresses, NFT hopes to increase production and lower Aska’s purchase price.

As a part of the launch event, NFT has launched a showroom in Los Altos, CA which features Aska mockups and a learning center for those unfamiliar with urban air mobility.

Aska is targeted for an entry to service in 2026, pending regulatory approval and certification.

Why it matters: NFT’s Aska is one of the first consumer-focused eVTOLs with owners being the primary operators. The semi-autonomous vehicle will be street legal and allow operators to transition smoothly from road travel to flight in a matter of minutes. For a refundable initial deposit of $5,000, private citizens now have an opportunity to be early adopters in aerial mobility. With a reasonable unit price, we can expect to see NFT competing for the privately-owned UAM market share as it develops its business strategy and begins test flights in 2022.