Advanced air mobility startup Next UAS is re-opening the conversation on eVTOL private ownership with its single-seat iFly aircraft concept. The company is currently seeking an investment partner for funding the NeXt Personal Air Taxi, which has undergone extensive successful proof-of-concept flight testing and was recently awarded United States Patent 10,427,790. 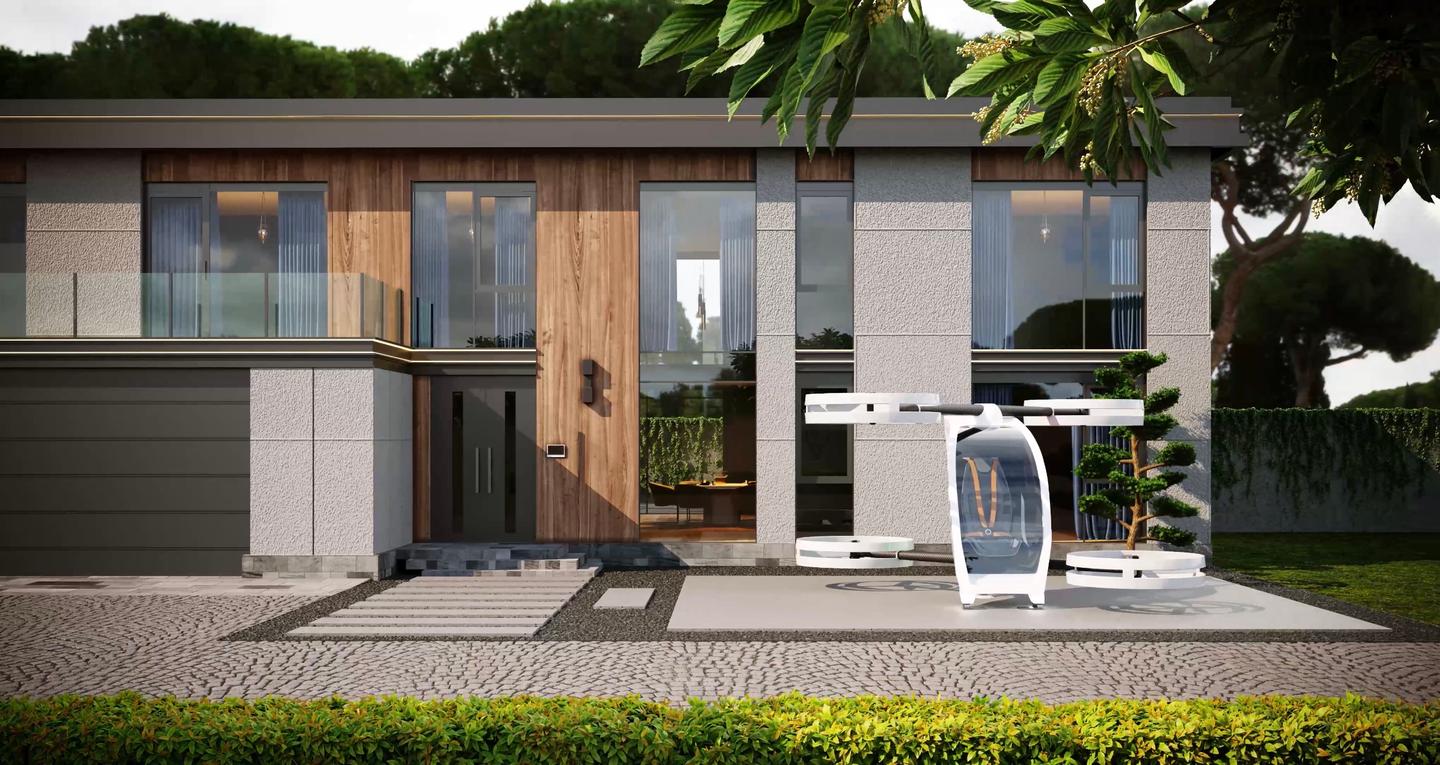 The coaxial octocopter has eight batteries running eight props – one on each end of four carbon arms. Two arms are mounted above the cabin and two below. It appears to be around 2 meters (6.6 ft) high and small enough to fit in a wide parking space in front of someone’s house. It features an emergency evacuation parachute in case of an emergency. Additionally, he NeXt Personal Air Taxi calculates wind speed, altitude and the energy required to safely fly to and from a destination and automatically returns home or lands in a safe area, if necessary, in the event the battery approaches a minimum acceptable safe power level. 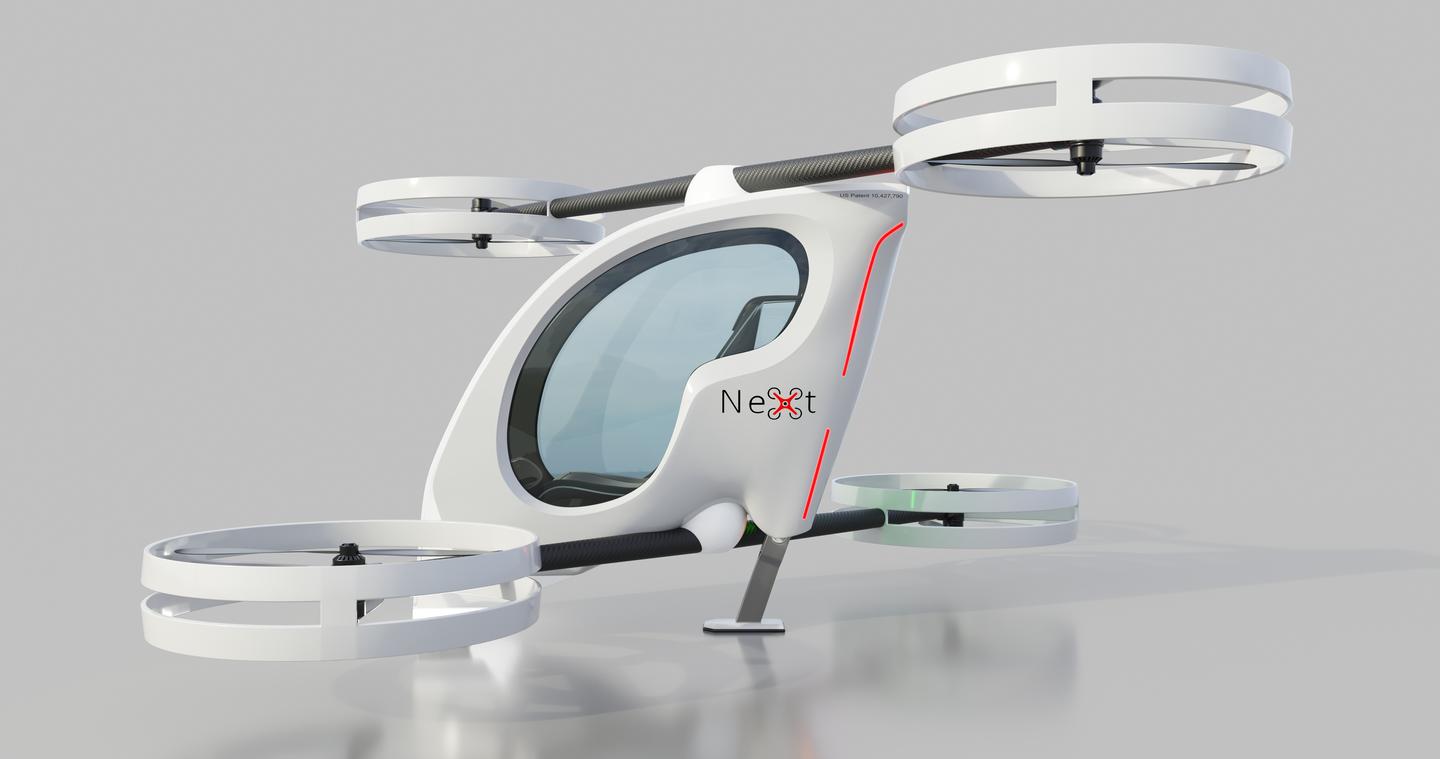 Two contra-rotating propellers are mounted coaxially at the end of each arm. Source // NeXt

The NeXt Personal Air Taxi engages users with a mobile companion app on which users simply tap a map to select a destination landing site. The app then provides instructions to the NeXt Personal Air Taxi for a seamless and enjoyable autonomous flight experience to a destination without the need for pilot interaction in the traditional sense of conventional airplanes. 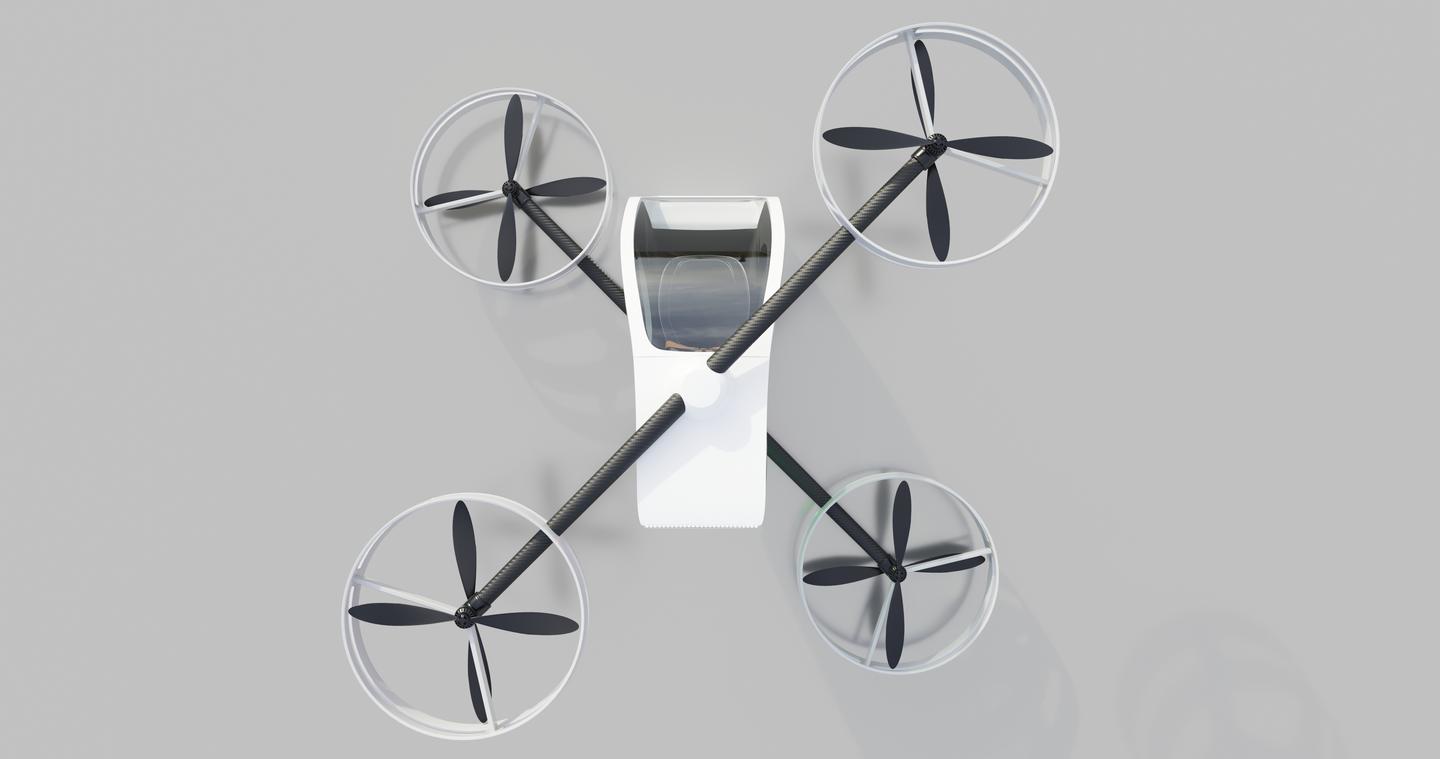 Uniquely staggered appearance due to its staggered propellor configuration. Source // NeXt

NeXt is currently exploring the possibility to qualify its Personal Air Taxi initially as a Powered Ultralight by the FAA so that no pilot’s license will be required to fly. However, this requires the aircraft to weigh under 115 kilograms (254 pounds) and max out at 55 knots (64 mph or 102 km/h). Also, its range potential would be extremely limited as the FAA counts batteries as part of the airframe and will thus contribute to the 115-kilogram maximum. If certified, the iFly will still only be usable for single-person flights over unpopulated areas to a destination only a few miles away. Nevertheless, the company has already demonstrated iFly’s flying capabilities with a 1/3 scale prototype and acquired the license to proceed. NeXt is currently searching for investors to take this project to the next level. A demo video of the Next iFly can be seen here.

Why it’s important: The octocopter under development by NeXt has potential for applications beyond simply personal ownership. According to NeXt, “Our eVTOL aircraft will cut response times in half for paramedics and first responders making faster and safer access to emergency scenes a reality.” This indicates an ability for the company to open up multiple revenue streams that are independent of each other in times of fluctuating demand. Various other aviation conglomerates have demonstrated this to be a key to longterm success, and it may additionally expedite NeXt’s rate at which they can expand and achieve economies of scale through higher production rates.