Pittsburgh-based company Near Earth Autonomy, a leader in the development of autonomous flight systems, partners with Kaman Aerospace and Naval Air Systems Command (NAVAIR) to develop an intelligent, full-scale autonomy system for the K-MAX helicopter, “a large-scale transport aircraft capable of lifting a payload of over 6,000 pounds”. While initially in development for the K-MAX, the end goal is to develop the capability to apply to any large VTOL aircraft. 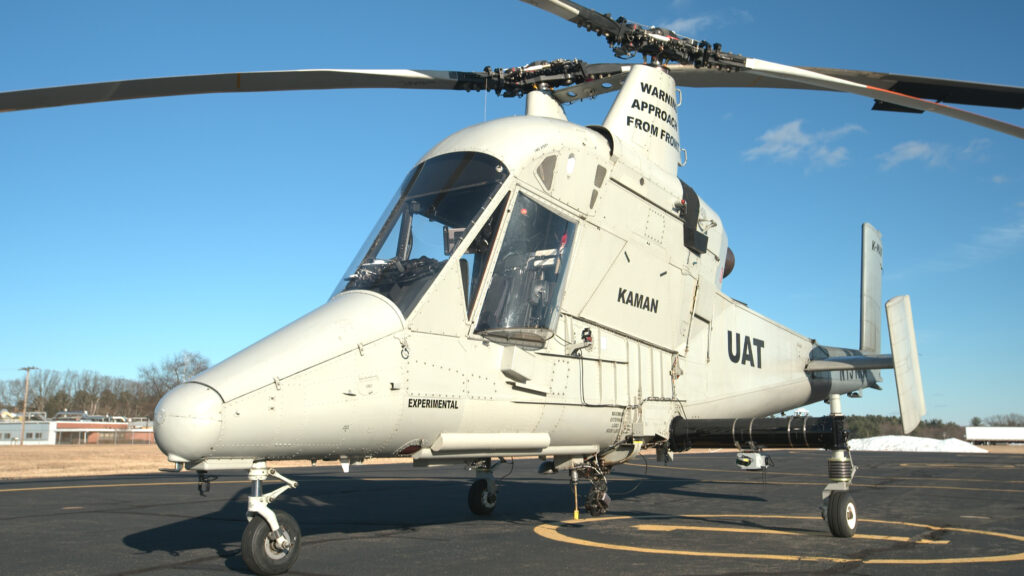 The methodology behind the autonomous system relies on lidar, or Light Detection and Ranging, and onboard computing to sense the surrounding environment in real-time for safe flight and landing. The aircraft will be able to sense its environment to make real-time flight decisions such as deciding to fly around objects in the flight path and selecting clear places to land or to drop off cargo. The implications of the development of safe autonomous aerial logistics are huge; Near Earth’s autonomy system will have applications in numerous industries, including but not limited to aerial mobility, military, delivery, and medical. 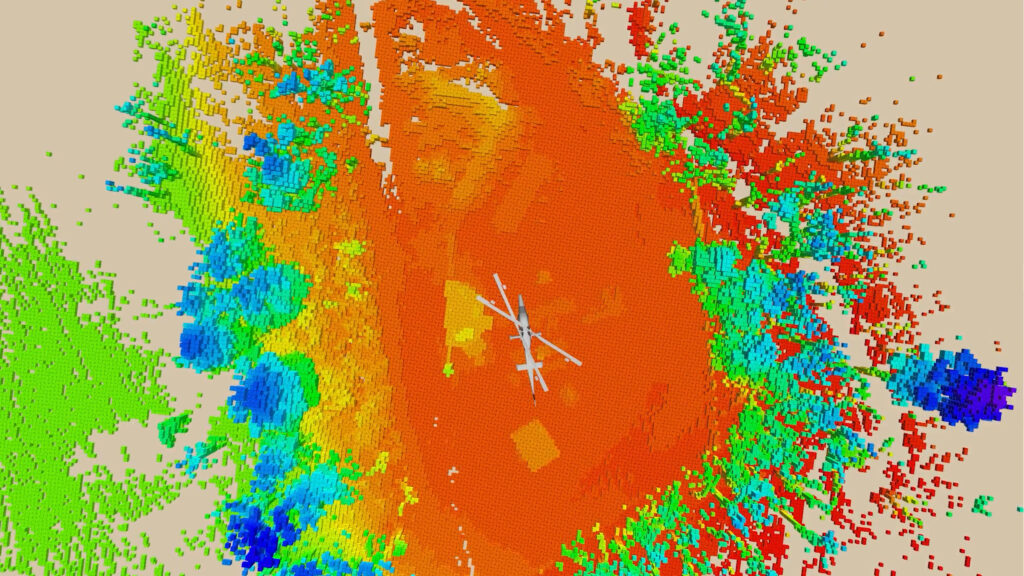 Environmental awareness is key for the aircraft to be able to avoid obstacles and complete autonomous missions efficiently and without accident. The image shows the autonomy system’s awareness of the physical world around it. | Courtesy of Near Earth Autonomy.

According to Sanjiv Singh, CEO of Near Earth, “Our past efforts laid a strong foundation for solving complex autonomy challenges for small, medium, and large vehicles. Thanks to our dedicated team, partners, and sponsors, we are moving from the art of the possible to the art of the practical and in specific, to making autonomous flight safe, efficient, and robust enough for daily operation. This program will serve as an important milestone in making autonomous logistics a reality.” 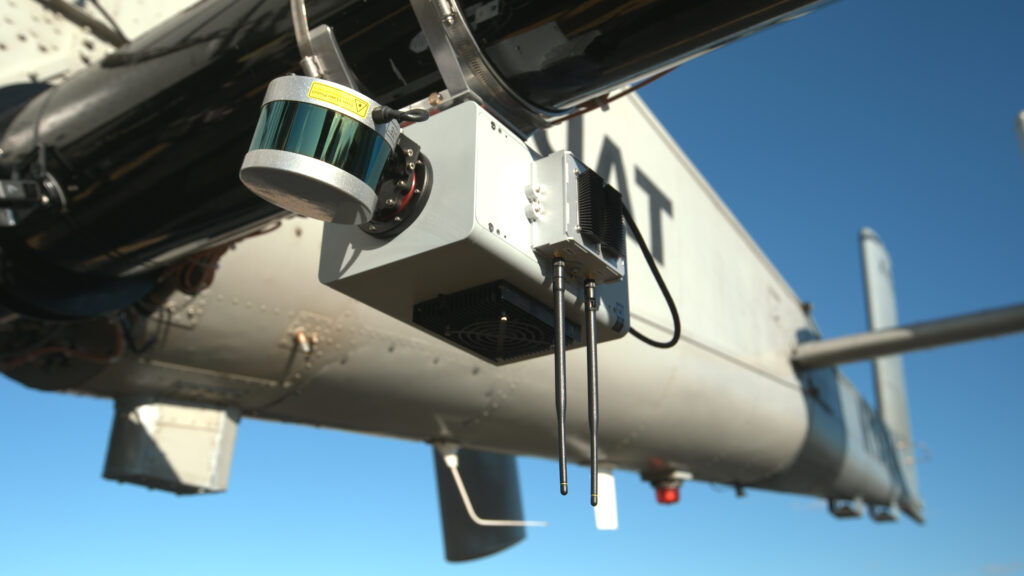 The mounted autonomy system. | Courtesy of Near Earth Autonomy.

Why it’s important: Numerous aerospace companies are currently in the process of developing their own eVTOLs, some with the intention of immediate autonomous flight and others that intend to go with a pilot first, and upgrade to autonomous flight in the future. Near Earth’s technology will be able to allow companies to resolve the issue of developing their own autonomy systems and accelerate the development of aerial mobility services.