Metro Hop, a company developing a unique concept for an all-electric short take-off and landing aircraft, has received a Phase I Small Business Technology Transfer contract from Agility Prime, the division of the United States Air Force dedicated to developing new aerial mobility and transport technologies.

Metro Hop’s particular concept is unique in that it features a patent-pending ‘Active Landing Gear’ system that can extend and retract automatically to allow for extremely short takeoffs and landings. On takeoff, the landing gear’s wheels are powered by electric motors, which allow the aircraft to taxi and accelerate with speeds similar to an electric car. Combined with acceleration from the propellors, these wheels allow the aircraft to take off within 60 meters. On landing, the aircraft uses li-dar and mechanically driven extendable landing legs to hit the first landing marks perfectly, even if the plane is a little higher or lower than it would need to be without them. This allows the plane to begin braking immediately, and slow down to a stop within 60 meters.

The ability of this aircraft to take off and land within such a short distance opens up opportunities for entirely new kinds of infrastructure that would allow for efficient fixed wing travel between urban destinations.

With Agility Prime’s Phase I Small Business Technology Transfer contract, Metro Hop is teaming up with Auburn University’s Vehicle Systems, Dynamics, and Design Lab (VSDDL) to model and validate the design of the Active Landing Gear. VSDDL will use its flight simulation facilities and software to model the gear under various conditions during the takeoff and landing phases of flight. After this initial phase of testing is completed, Metro Hop will move forward with construction of a fully operational landing gear set and begin dynamic landing-drop and taxi testing. 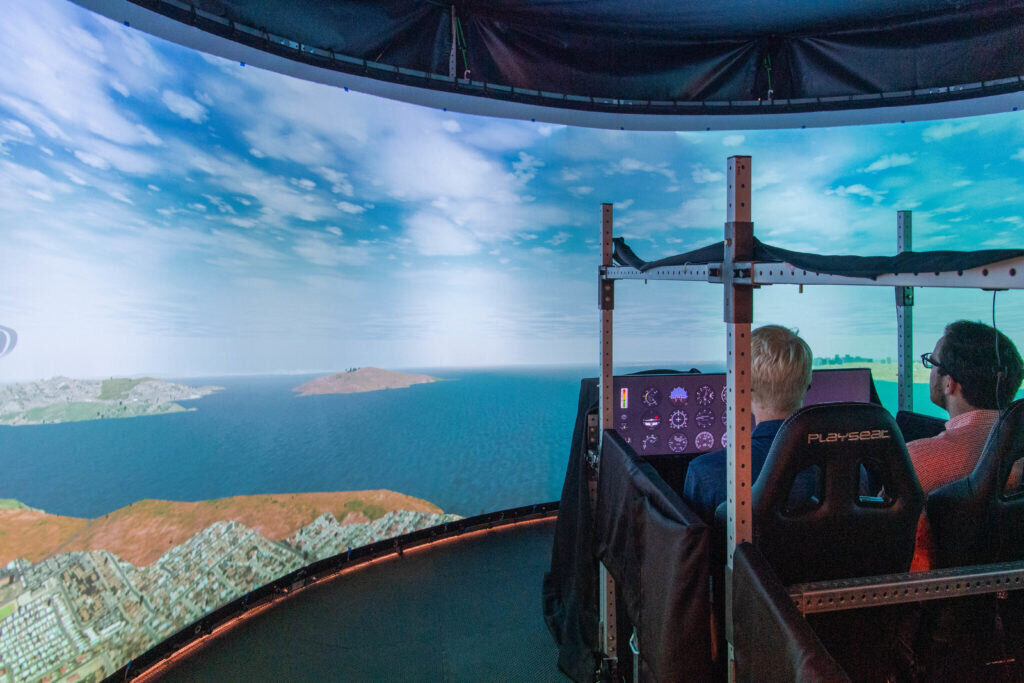 Dr. Imon Chakraborty, assistant professor in the Department of Aerospace Engineering at Auburn University said, “The VSDDL recently developed a reconfigurable flight simulator aimed at novel aircraft configurations and we’re currently developing two more. We look forward to using our capabilities to give us precise measurements of Metro Hop’s flight capabilities and allow us to aggregate essential data on the plane.”

Why it’s important: Support from Agility Prime lends major legitimacy to the Metro Hop project, and backing from the USAF can mean connections, contracts, funding, and more. By awarding Metro Hop this contract, Agility Prime has marked the company as growing leader in the eSTOL field, and has asserted its belief in the potential of this technology.