The UAV Leasing Company, an organization that turns a profit by leasing and selling unmanned aerial vehicles (UAV’s), has recently struck a deal with helicopter manufacturer MD Helicopters to begin selling and leasing MD’s top products. 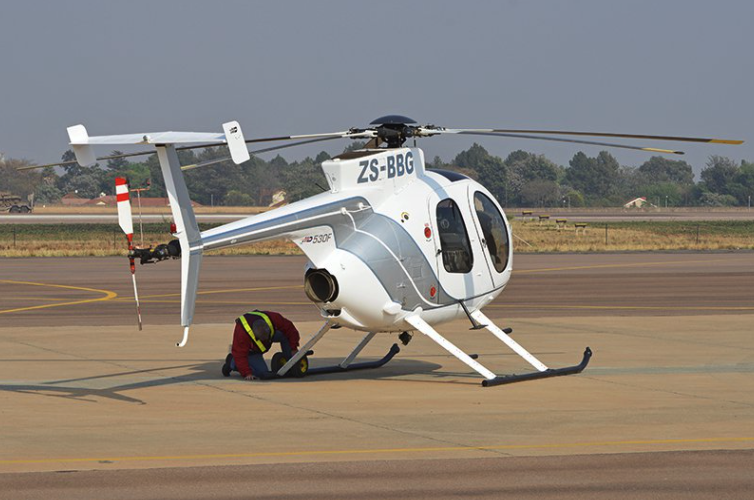 The UAV Leasing company, founded in 2019, features a unique business model. Instead of creating unmanned aerial vehicles (UAVs), the company purchases them from renowned manufacturers and then re-sells them or leases them to government agencies in order to provide turn-key solutions.

The UAV Leasing Company’s lineup of unmanned aircraft offered for sale or lease.

MD Helicopters describes its top product, the MD530F, as a ‘scout attack helicopter’, which is engineered to operate effectively in ‘hot-and-high’ environments. Generally, purchasers and lesees of the MD530F (which include countries such as Ethiopia, France, Ireland, Russia, Ukraine, India, South Africa, Sweden and Switzerland) will utilize the aircraft for short law enforcement missions.

Although the MD530F is cited as a scout helicopter and has often been used as such, The UAV Leasing Company has mentioned plans to develop air taxi services with it. Particularly, the company mentions the MD530F’s “competitiveness in terms of maintenance and operating costs” as reasoning for its air taxi use case. In addition, the company is looking into hybrid propulsion VTOL platforms in order to provide for longer mission requirements.

Why it’s important: The air taxi use of the MD530F by the UAV Leasing Company is yet another example of the growing demand for short distance, technologically advanced air transport. Although the MD530F is a traditional helicopter rather than an eVTOL, its low operating costs and initial utilization will lay the foundation for introducing all-electric, autonomous aircraft into similar market applications.