NextNew Standards for UAV Delivery Service, Co-Created by EHang, will Begin in China in 2021
Vehicles/Manufactures

The Manta aircraft, developed in Switzerland, works on a flexible hybrid-electric canard aircraft design capable of both vertical take-off and landing (VTOL) and ultra-efficient short take-off and landing (STOL) operations. A one-third scale model has been built, and the team is preparing for its first flight tests.

Manta’s hybrid eVTOL takes off and lands vertically when needed, but also can operate from airstrips as short as three vertical landing pads lined up for a considerably higher payload capacity. In practice, this means it can fulfill the same mission requirements as either a small helicopter, or a slightly larger airplane. This cross-functionality makes it an extremely versatile and well-rounded aircraft.

The ANN1 and ANN2 aircraft are single- and tandem double-seat versions of the same airframe:  a carbon composite-bodied plane shape with a small V tail, a large reverse wing at the rear, and a smaller canard wing at the front. Forward propulsion is provided by four ducted electric fans hanging under the front edge of the rear wing, and for VTOL operations, these can tilt to face upwards. 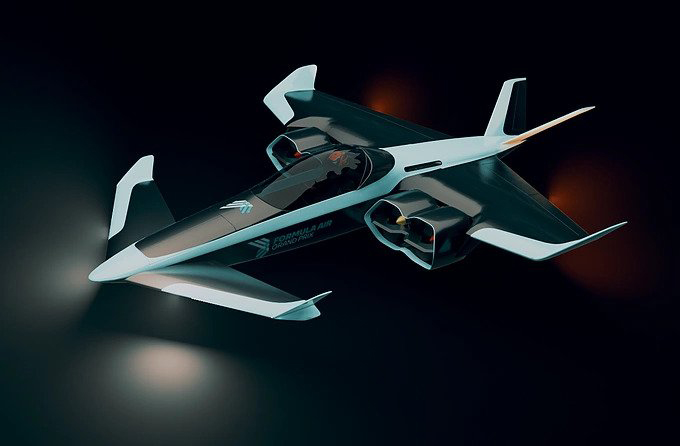 The propulsion system is fully electric, but in addition to the battery, Manta plans to include a gas/fuel generator. Manta chose this multi option hybrid system for ultimate flexibility: The aircraft can be fully electric when mission requirements allow, or use the fuel generator when quicker refuel times or longer distances are required. At a cruising speed over 300 km/h (186 mph), the estimated range will be over 600 km (373 miles).

The ANN1 single-seater is designed as an agile sport plane, while the ANN2 can carry a passenger behind the pilot. A single free seat is unlikely to be much use as an air taxi without full autonomy; so Manta conceives the ANN1 more as a responder craft for rescue, police or paramedic operations. Currently, Manta is still in the process of seeking funding for the project to truly ramp up. 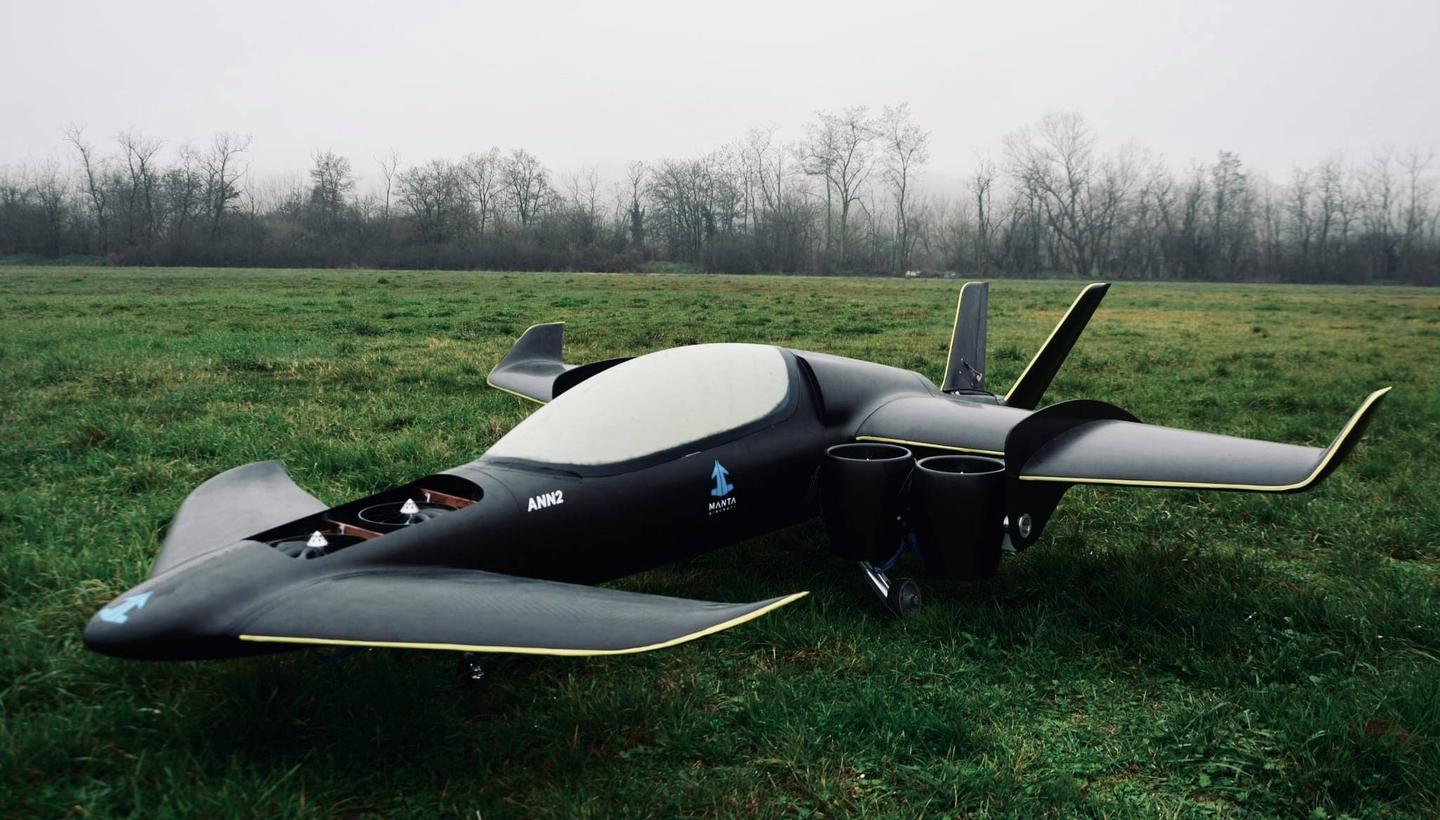 Why it’s important: Manta has evaluated the efficiency of VTOL flight dynamics and made a practical design choice for adding conventional takeoff and landing capabilities to its prototype. Operating as an eSTOL allows for heavier payloads, and uses significantly less energy, which could also assist in maximizing range for longer journeys. Although the Manta may not be best suited for commercial air taxi use due to its limited passenger capacity, its versatility gives it great potential for a wide array of short-landing and VTOL mission types.