Linz, Austria to be added to List of EHang’s Pilot Cities

EHang announced last Friday in Vienna that they intend on partnering with the city of Linz, Austria, for deployment of the EHang 216 on a small scale as part of their pilot city partnership program, which involves the introduction of autonomous aerial vehicles (AAV’s) in cities across the world to gain feedback and data from experience in operations environments that match those of the ultimate goal of widespread commercial deployment of aerial mobility aircraft. 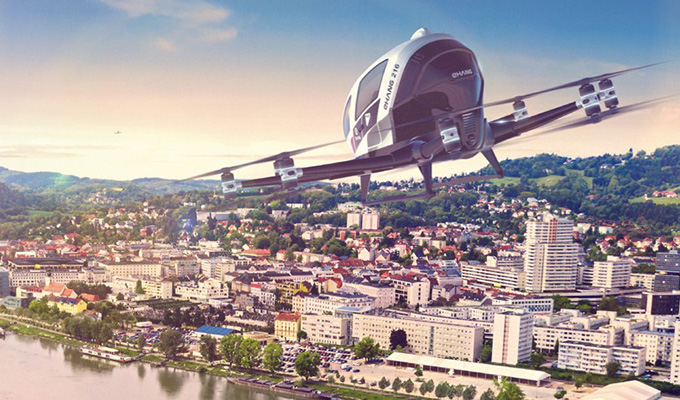 An artist’s rendering of the EHang 216 in flight over the Linz, Austria

According to EHang’s press release, this partnership will be the first pilot city partnership of its kind in Europe, and was made in conjunction with Linz AG and FACC. The overall intent of these pilot cities will be to “conduct passenger flights and goods transportation with autonomous air taxis in urban areas” according to EHang, and the pilot cities will be crucial in assessing the soft points of deployment – including customer experience and feedback, psychological considerations for new modes of transportation, infrastructure integration, and more.

An additional consideration of the pilot program is the public opinion of the environmental impacts of such transportation modes. EHang is hoping to provide answers to the challenges of environmentalists with their trail as its aircraft use electric motors with relatively low noise footprint compared to that of buses or emergency transport helicopters.

The trial program in LINZ will utilize the existing stable 5G infrastructure for augmentation of navigation and control during takeoff and landing, and the program will continue with test routes “running over uninhabited areas to the vertiports [that] will be determined within the city of Linz.”

Trail flights are planned in the near future, according to the press release, with more construction and scaling beginning in 2021.

Why it’s important: This further expansion of EHang’s pilot city program augments the company’s footprint in Europe, and provides a crucial data grab to determine what passenger and user experience considerations must be addressed. Since aerial mobility will be, similar to ridesharing, a user-interface oriented industry, compilation of user’s experiences and incorporation of that feedback as early on as possible in the deployment phases of aerial mobility aircraft systems will ensure a more productive and enjoyable final product.