The agreement between Lilium and Azul, a major Brazilian airline, includes pre-orders for 220 of Lilium’s eVTOL jets. Together, the two companies will build an exclusive eVTOL network in Brazil, with a service launch planned for 2025. 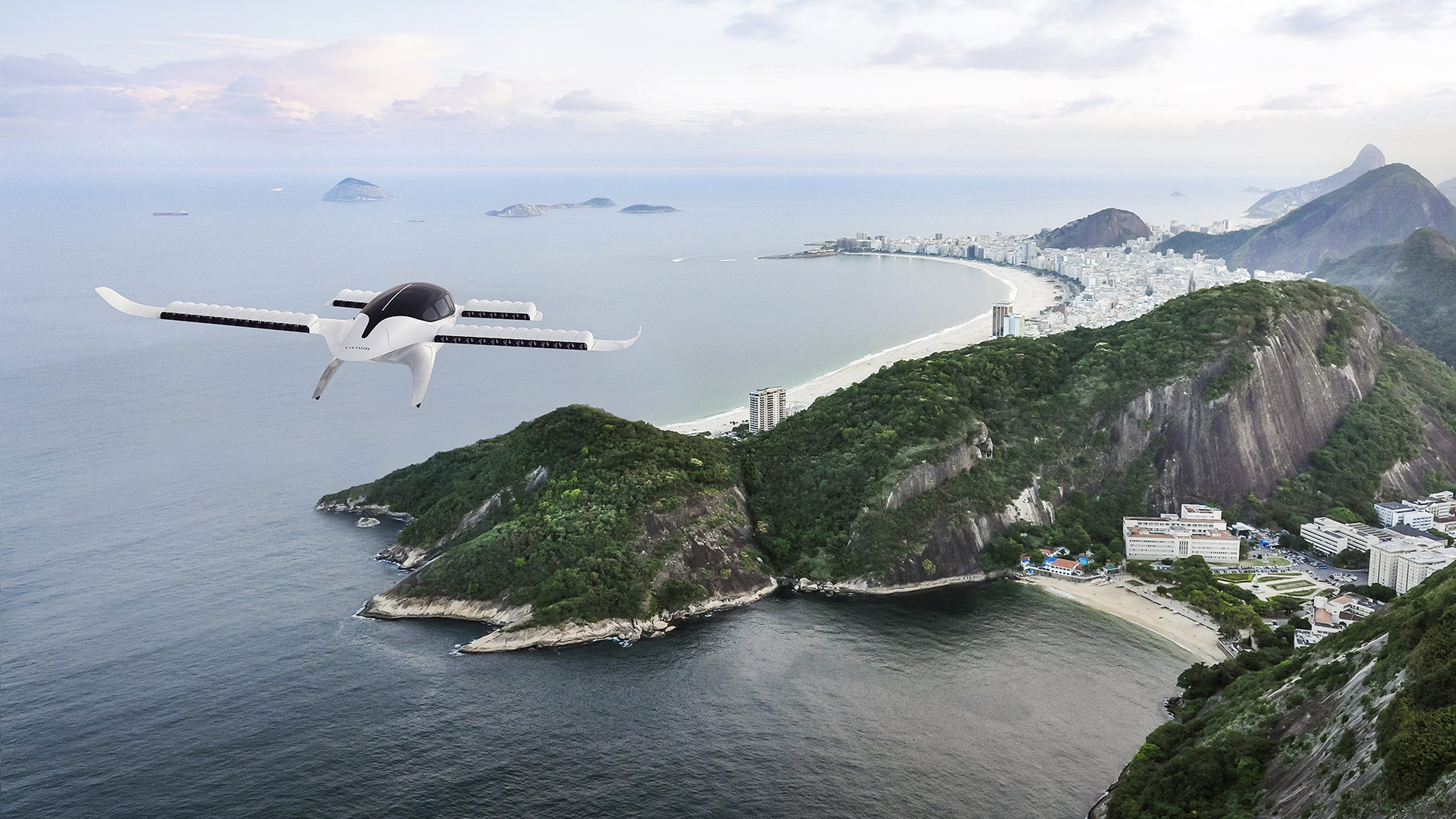 Rendering of Lilium’s 7-seater jet in the skies above Rio De Janeiro.

More than just a purchase of aircraft, this agreement represents a strategic alliance between Azul and Lilium to fully build out an eVTOL transportation network in Brazil. Together, the two companies will build a co-branded transportation system, which will provide efficient, eco-friendly, and cost-effective air travel to the 100 million air passengers that travel within the country yearly. Although the Lilium Jet was developed in Germany, the company’s goal has always been to provide its highly innovative air transportation all parts of the world. Currently, Brazil’s market represents one of the world’s largest for civilian air transport and helicopter transport, which Lilium and Azul hope to augment and possibly eventually completely replace with Lilium’s all-electric vertical aircraft.

Accroding to a recent press release from Lilium, Azul would expect to operate and maintain the Lilium Jet fleet, while Lilium would provide an aircraft health monitoring platform, replacement batteries and other custom spare parts. Azul also expects to support Lilium with the necessary regulatory approval processes in Brazil for certification of the Lilium Jet and any other required regulatory approvals.

The 7-seater Lilium Jet can cruise at speeds of 175 mph, with a range of up to 155 miles. Unlike any other eVTOL concept, the aircraft uses 36 rotating miniature jet engines, that allow to take off vertically and travel on a fixed wing in forward flight. A full-scale prototype of the aircraft has already been built and flight tested. Watch a tour of the aircraft’s interior below:

Said Daniel Wiegand, Co-Founder and CEO of Lilium: “Azul has brought convenient and affordable air travel to underserved markets across the Americas and this makes them an ideal partner for Lilium. We’re excited to work with Azul’s seasoned team to deploy a co-branded eVTOL network in Brazil.”

Said John Rodgerson, CEO of Azul, “Azul is the largest domestic airline in Brazil in terms of cities served and daily departures. Our brand presence, our unique route network, and our powerful loyalty program give us the tools to create the markets and demand for the Lilium Jet network in Brazil. Since Azul’s founding 13 years ago, the Brazilian aviation market has doubled with Azul capturing almost 60% of the growth. We know how to create and grow new markets, and once again we see huge market opportunity by bringing the Lilium Jet to Brazil”

Why it’s important: With Lilium already making partnerships to enter markets within the U.S and Europe, and other eVTOL companies making deals with large airlines such as Virgin and United Airlines, this announcement from Lilium enters it onto the stage for partnerships and integrations for regional air travel with the world’s largest airlines. As eVTOL companies evolve, we will likely expect to see a combination of major airline partnerships with eVTOL companies making their own networks, which together will begin to form the overall eVTOL global ecosystem within different countries and cities.